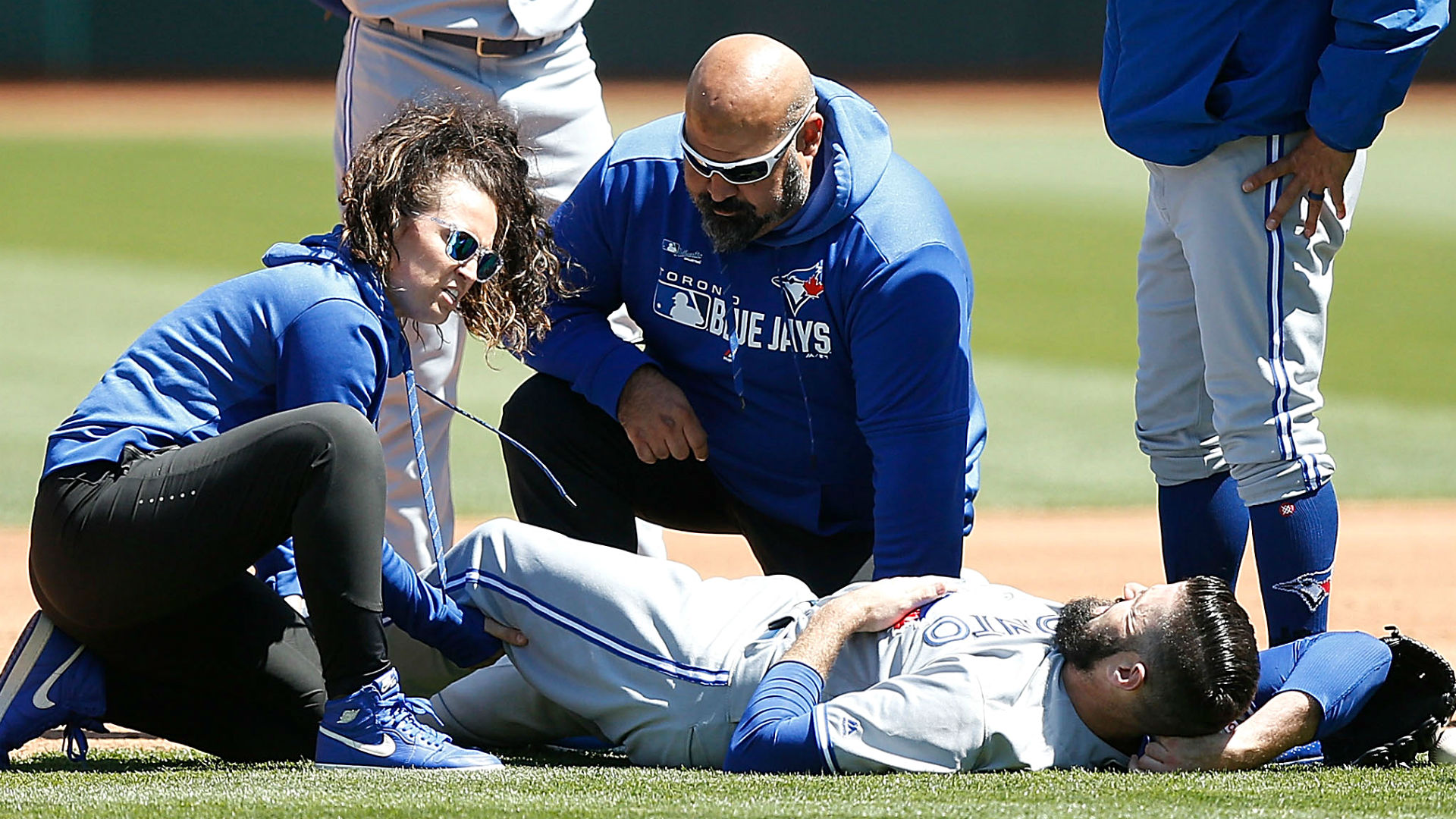 Matt Shoemaker, the Blue Jays’ most effective starter this season, left Saturday’s game against the Athletics with a left knee injury.

The righty suffered the injury in a rundown in the bottom of the third inning. Toronto initially announced he had been diagnosed with a left knee sprain, but further evaluation revealed he has torn his ACL and will not play again this season.

UPDATE: RHP Matt Shoemaker has been diagnosed with a torn ACL in his left knee and will miss the remainder of the season.

Shoemaker appeared to be visibly bothered after suffering the injury, as he repeatedly slammed his fist on the ground in pain and frustration as trainers tended to him.

“I know I seem pretty upset right now, which I am, but I’ve had bumps in the road before and I’m just going to fight through it. That’s just who I am. It’s just really upsetting right now,” Shoemaker told reporters Sunday.

“As a human we want to drift that way. You’ve just got to stop it. Whenever you get those thoughts I just tell myself ‘hey, stop.’ And I go the positive route,” he continued.

Signed by the Blue Jays to a one-year, $3.5 million contract in the offseason, the 32-year-old Shoemaker was off to a great start. After three scoreless innings Saturday he had a 3-0 mark and a 1.57 ERA in 28 2/3 innings.