The time has come. David Ferrer is retiring next month after playing his final tournament at the Mutua Madrid Open.

He will leave behind him one of the best careers in the history of Spanish tennis, replete with ATP Tour titles (27), a Grand Slam final (2013 Roland Garros) and career-high ATP Ranking of No. 3. The emotional memories he left on the court won’t be forgotten anytime soon.

Ahead of his first-round match on Tuesday at the Barcelona Open Banc Sabadell, Ferrer spoke with ATPTour.com about his two decades as a professional.

In recent weeks, we’ve seen an iconic image; your bandana lying on the court.
I don’t do it to look good. It all started in Auckland. I lost the match and that is my last memory of each tournament. It’s like leaving your final drops of sweat behind.

The end of your career is very close.
Yes, and I’m feeling good. I feel happy with my transition into accepting that I’m going to stop playing and that this was going to be my last year. There is always a little bit of fear at the last tournaments. You think about how you’re going to feel. But my goal is to be happy. I feel competitive, I’m playing the tournaments that have given me the most affection and that I am most excited about. Thanks to the career I’ve had, I can look back and feel proud of everything I’ve achieved.

Did you expect so much affection?
I really didn’t. It’s really surprised me. Above all, from my peers in the world of tennis. For example, in Auckland, which is a completely different country, seeing how they appreciate you. That’s why you want to leave behind good memories of all the years you’ve played tennis. That’s what will stay with me. Apart from having been what I was as a player, I’ve given something that people liked.

Is that worth as much as a title?
Of course, easily! It’s worth more! In the end, all you have left is the person, The titles stay in my trophy room, but they are no more than trophies. The experiences I’ve had, the affection I have received from the fans and my peers and friends in the world of tennis is what will stay with me.

How much have you grown as a person since you started playing?
Well, it’s what I am. One of the things I feel happiest about is my progress as a person, year by year in the world of tennis. If I look back at myself when I was 20 years old and look where I am now, I see two completely different people. There would be a lot of things about that kid who was starting to play that I wouldn’t agree with. But that’s part of life. Failing, evolving, growing every year as a person and as a tennis player.

What would you say to that kid?
To calm down, to be interested in doing other things, to listen to other people, not just to those around him at the time. I’d say so many things to him! I’d ask him above all to be more relaxed and enjoy the moment. I demand a lot from myself, but despite that you can still enjoy every moment.

Were you pressured to play by your parents?
I was very lucky with my parents. I’m not just saying that because it’s them, but I’ve always had great respect and regard for this sport. They gave me values in life for which I will be eternally grateful. My father has always set an example. He always insisted that the important thing is not to win or lose, but to do whatever you can, try your best and enjoy playing. You have to be clear that it’s only a sport. You have to understand that defeat hurts and he understood that. But my parents did a good job and I never felt pressured.

You May Also Like: Ferrer: ‘I Will Fight Until The Last Point’

Have you thought about what you’ll do when it’s over?
I haven’t thought about it much. I’m sure it’ll be something in the world of tennis. I love and adore it. My life has been so intense and I have travelled so much that what I want is to be with my family for a while and slow down a little. Being able to travel a little slower, to discover the world in a more relaxed way and to focus more on them. Spending time with my family and my son.

I’d like to ski, to commentate, which I’ve never done, and to know how I can communicate… It’s a way of learning through teaching. I have really enjoyed teaching 10 to 16-year-olds. It’s a time for young people and teenagers and that’s where I’d like to help. Not this year, because I want to take a break, but it’s something I’m excited about for next year.

Do you really think that Federer, Nadal, Djokovic and Murray have made you a better player? You say that a lot.
Without a doubt. They were very ambitious. Rafa has been a mirror for me. Although he is younger and joined the tour later, I’ve learned from him. Winning a tournament and winning it again. Winning at Roland Garros, going to Queen’s Club and winning again… That showed me that it’s not enough when you win a tournament. You have to keep going. That helped me reach number three in the world and to have the consistency I did. If I hadn’t seen those players, I wouldn’t have been such a good player.

But wouldn’t you have won a Grand Slam in another era?
I’ll never know. If I hadn’t been such a good player, maybe I wouldn’t have won a Grand Slam. I can’t start thinking about something I don’t know. I can only say that I haven’t won a Grand Slam because I wasn’t able to. I’ve tried to give my all but I wouldn’t exchange places with players that have won one. There are players that have one a Grand Slam and have only played one or two Masters 1000 finals. I’ve played in seven, I’ve been the second or third player in the history of Spain to win X matches, the 12th in the world to win X number of matches… My tennis life has been very good. I felt good about myself for many years of my career.

And the French Open final against Nadal?
It’s different because I never had a chance. I’m not blaming anyone, but my motivation for that match was not the best. I went onto court a little distressed. And that’s normal because it was my first final. It’s logical. Anyway, maybe in those moments we were none the wiser. Neither myself or my team had a better idea of how to approach the match. We did what we could. 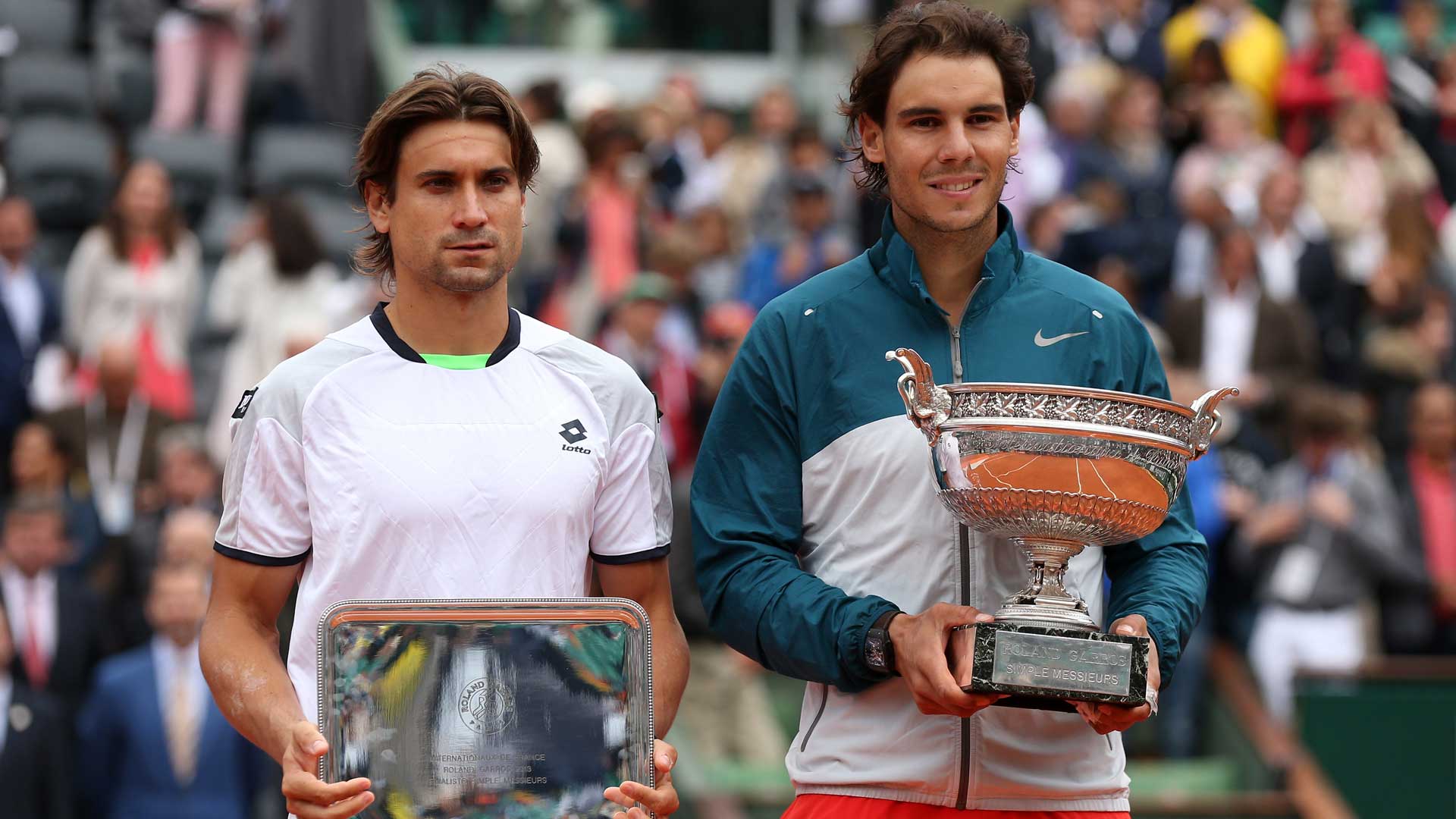 Which players impacted your career?
I’d say Juan Carlos Ferrero, Carlos Moyà, Albert Costa and Sergi Bruguera. I learned a lot from them. With Àlex Corretja too as Davis Cup captain. But first Juan Carlos, because he helped me so much. He was a mirror for me and he gave me good advice. He was the first number one and then I came along. It’s not easy because we are from the same community, but he opened his doors to me and offered advice. We were very close. It’s something I’ll be eternally grateful for. It’s similar to what I feel now with Roberto Bautista.

Juan Carlos taught me to help a young player. We got on well and he gave me the chance to be with him at a tournament we had in Valencia. I have a lot of respect and affection for him. If there’s one thing I regret, it’s not having taken the step of working with him at certain points of my career. Players like Carlos and Sergi too, they are figures that I could have learnt so much from. There were times in my career when I didn’t know how to do that. 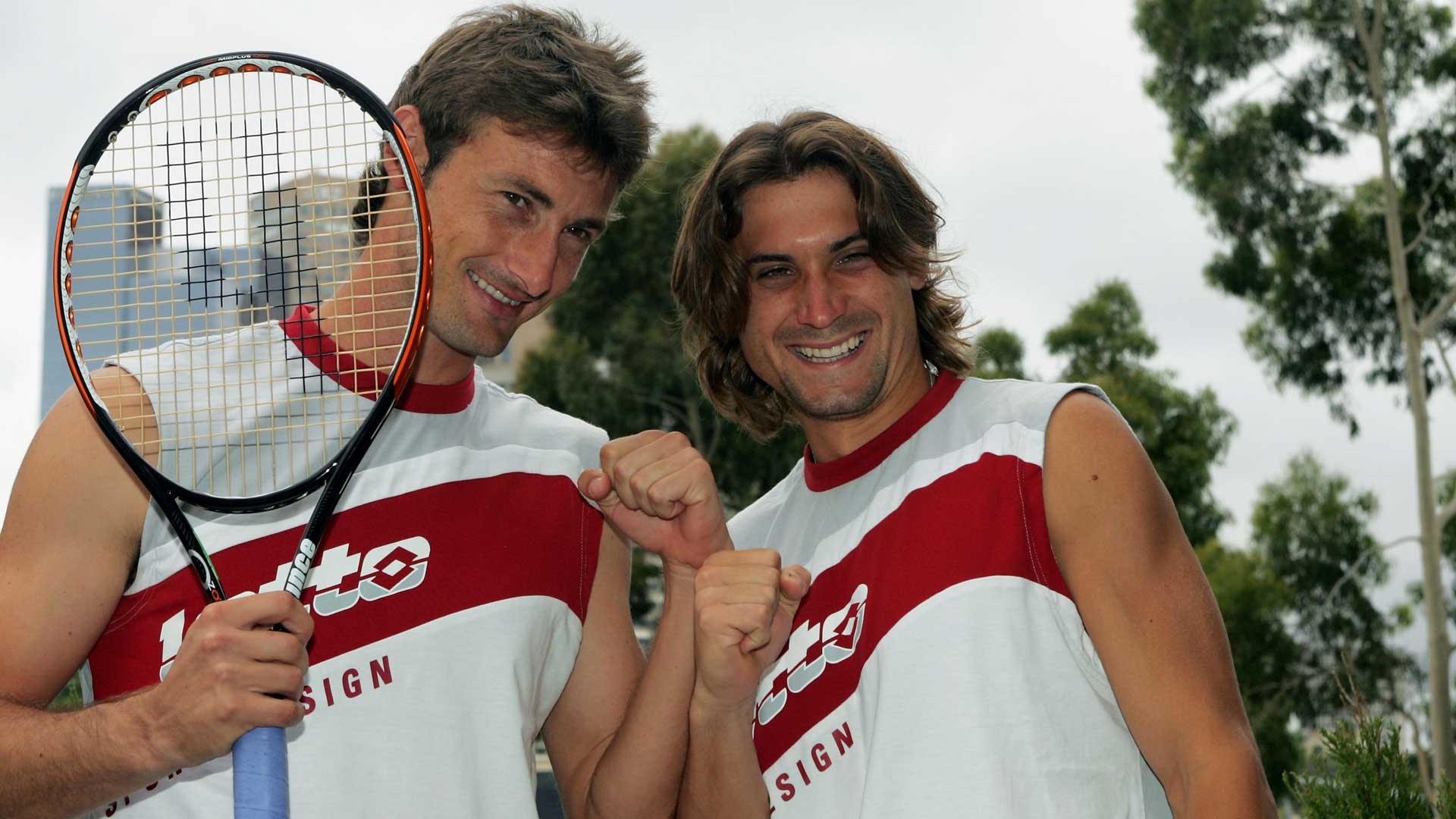 How many true friends do you have from the tour?
I would say three or four friends. I have a lot of peers for whom I have a lot of affection. But the friendship I feel with Juan Carlos, with Feli and Marc López, I have a special affection for Rafa… Roberto Bautista too even though he’s younger. They’re special people. I don’t really like to name names though.

Who’s the toughest opponent you’ve faced?
For me, it’s Roger Federer. He would change the pace and drive me crazy. Maybe I made him sweat like many players, but I never had the chance to be able to beat him. 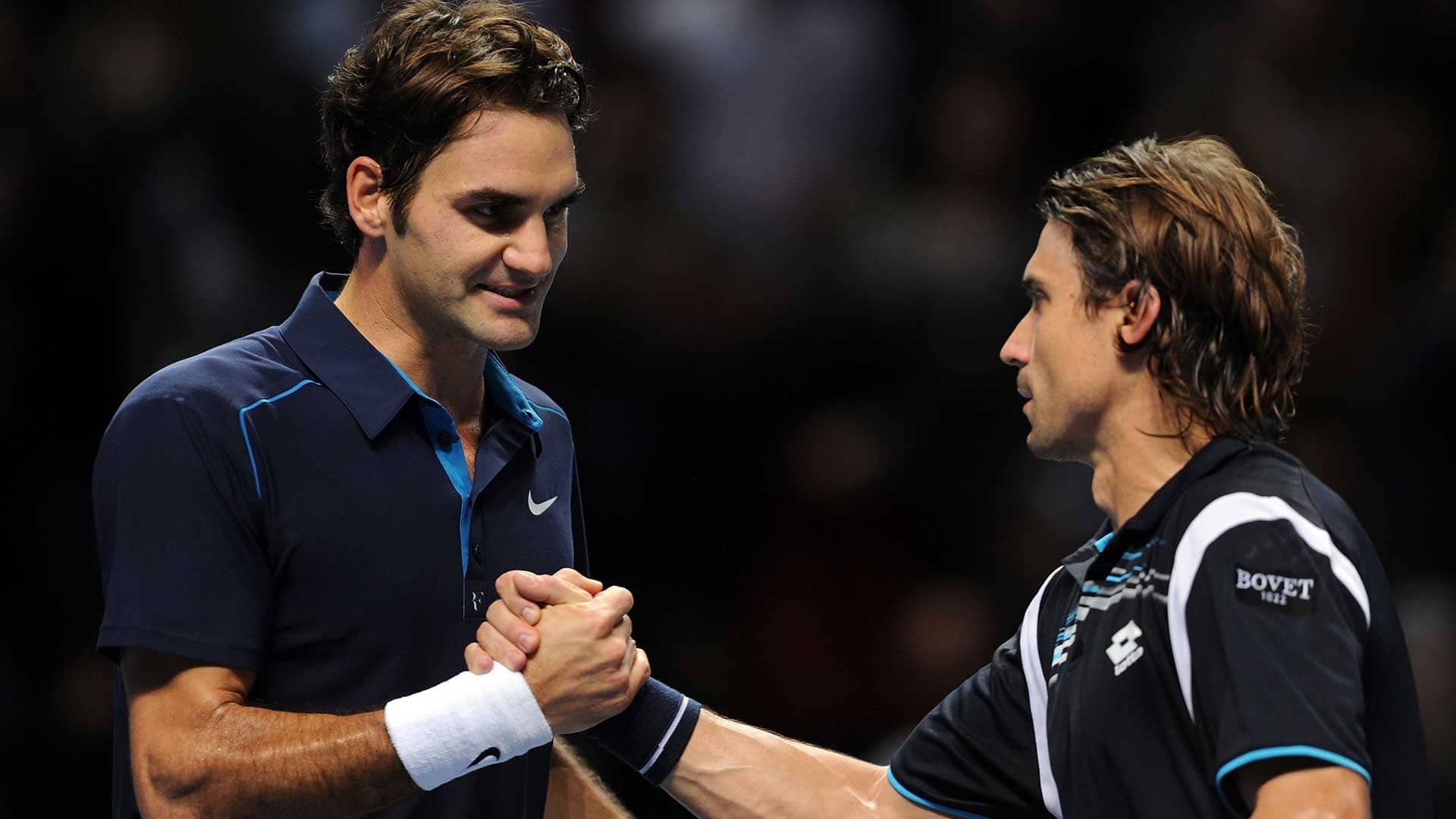 What made you decide to end your career at the Mutua Madrid Open?
Because it’s a Masters 1000, because Feliciano is there, because Madrid has always treated me unbelievably well. The people love tennis and I have a lot of affection for the city. I play at home, I have the chance to do so at a Masters 1000 and the best players are there. To me, having the chance to end it playing in a tournament where the best players are, that’s what I want.

What do you think about Feliciano being Tournament Director?
I really like it. I’m very biased because he’s a friend of mine. But he’s a necessary figure in the world of tennis. He’s a people person, he has an image, he knows the tour well and he understands tennis players. In that regard, he is the ideal person for the role. I don’t think there will be a better tournament director than Feliciano.

What has your relationship with Manolo Santana been like during this time?
It’s been very good. Manolo is a great person. When you talk to him and see the jokes he makes… He has a very happy life at a late age. He has a spark. He’s really helped us young players so much. I remember when he’d call when I lost and it’s unusual to see that someone is concerned for you without getting anything in return, but Manolo did that. I have so much respect for everything he’s given to tennis. He was a pioneer. It’s thanks to him that we are what we are and I am talking to you today.

What memory would you like your son to have of his father?
I would like him to remember that his father played with him. That we do things together, that I study with him and spend time with him. Obviously, I’ll never be his friend because I’m his father, but I’d like him to feel he can ask me things and to be open in that regard.

What are the top five moments of your career?
The [2013] Roland Garros semi-final where I beat Jo-Wilfried Tsonga. The [2012] Paris-Bercy final.

Were you aware that it was your tournament?
I saw my chance when Andy Murray lost, I saw that Novak Djokovic, Rafa and Roger weren’t there… Also, at that time in 2012, I felt very close to them. It was the best time of my career. That leaves three… When I won in Valencia. The Davis Cup [tie] in Seville and the Davis Cup [tie] in Barcelona.

Will you continue to watch tennis?
Yes, of course. I already do it because I like it. I don’t do it because I miss tennis or because I’m not at Indian Wells or Australia, just to watch and discover. I like it, not for any reason in particular.

Will you miss the adrenaline of competition?
That’s what I’ll miss the most. It’s going to be impossible to find. Competing will be the thing I miss the most. I’ll have to find other things. Cycling or something to calm the beast a little.