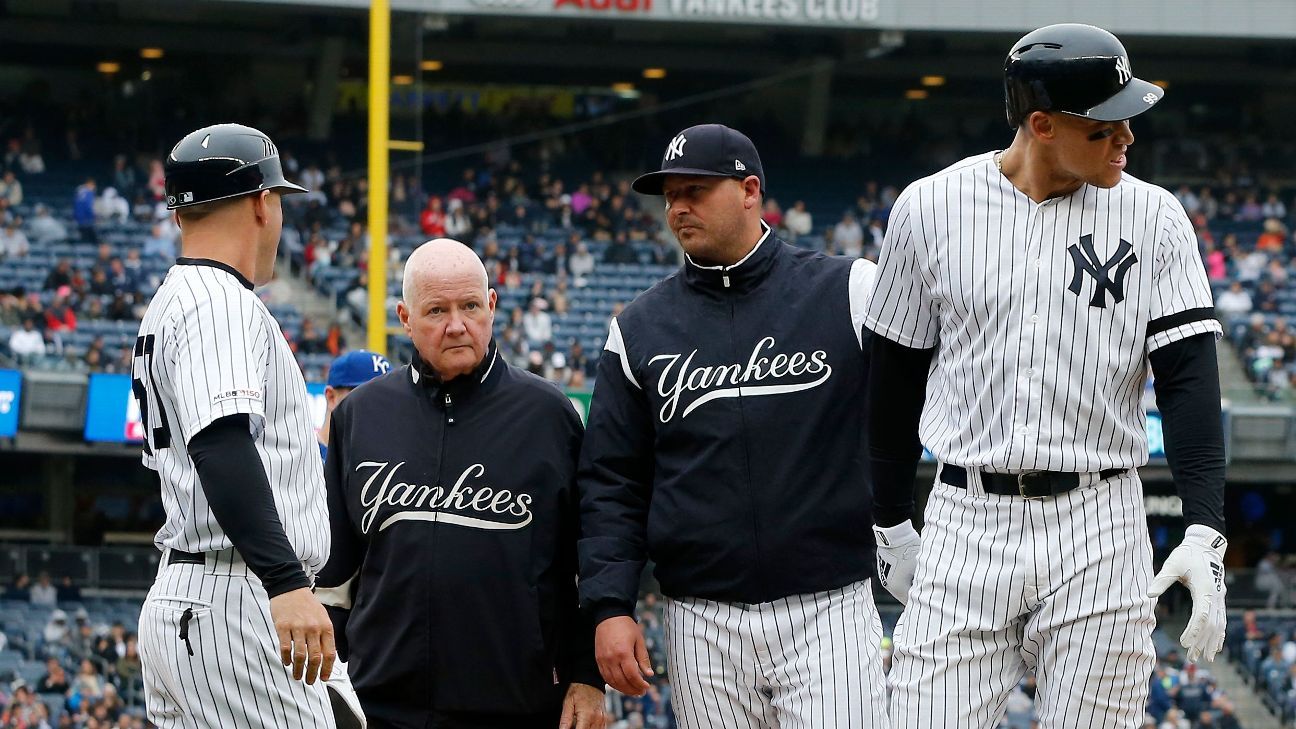 The New York Yankees have placed Aaron Judge on the 10-day injured list with a left oblique strain.

Aaron Boone said Sunday there is no timetable yet for Judge to return from what the manager said is a “pretty significant” strain.

Judge left Saturday’s 9-2 win over the Kansas City Royals in the sixth inning after appearing to injure himself swinging.

The right fielder had homered in the first inning on Saturday to give him five on the season to go along with a .288 average and 11 RBIs.

Of those injured players, only Sanchez appears close to returning. Before Saturday’s game, Boone said the catcher could return Wednesday in Anaheim against the Angels if there are no problems in a minor league rehab game Monday.

Judge, 26, has had bad luck against the Royals when they visit the Bronx. Last year he suffered a chip fracture in his wrist after being hit by a pitch in a July home game against Kansas City.

The Yankees have recalled infielder Thairo Estrada to replace Judge on the active roster.