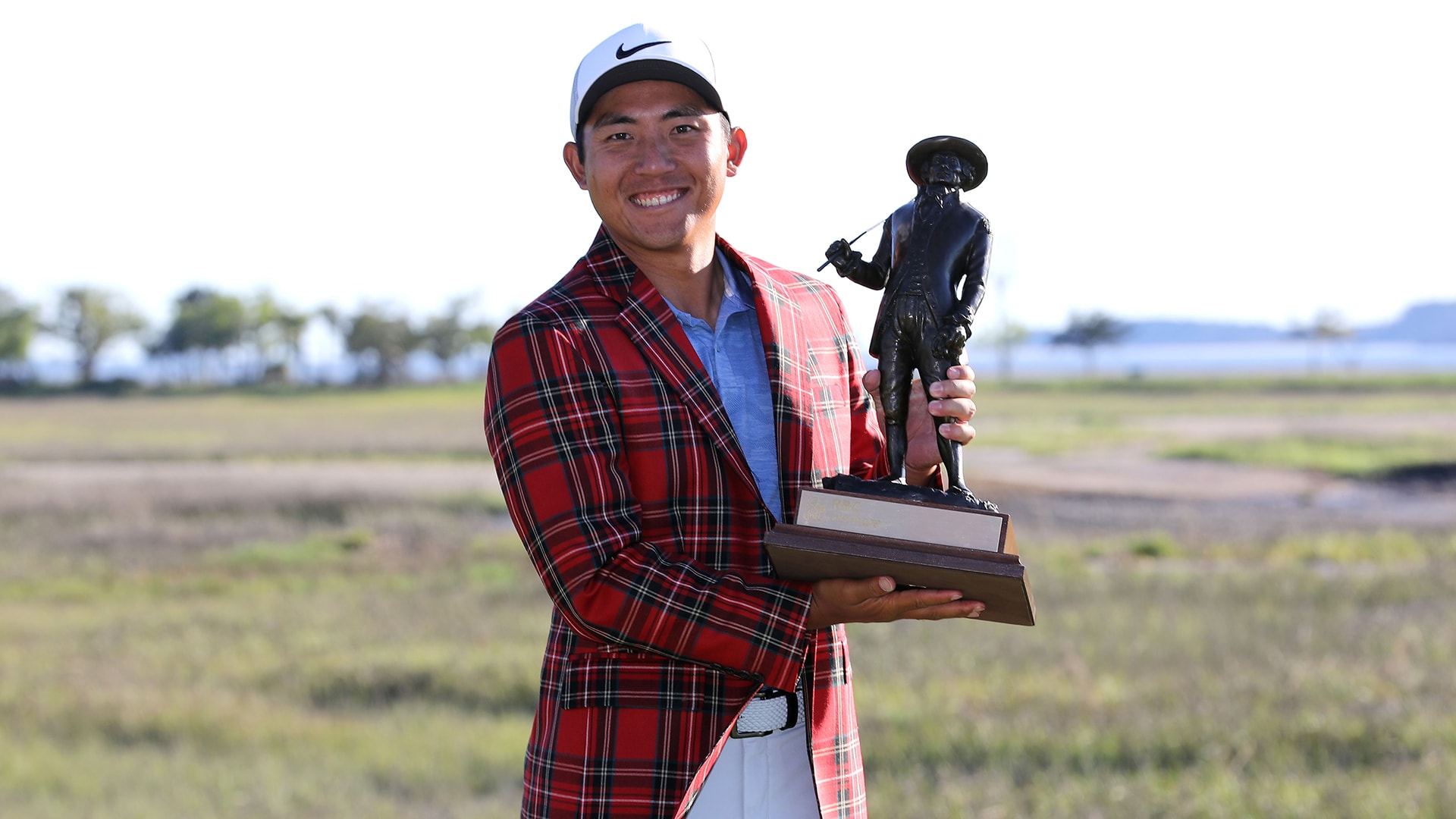 His wife, Pan recalled, told him point blank, ”Hey, I’m not patient, so you better get me (to Augusta) as soon as possible.”

Along with $1.242 million, the win opens a world of opportunities for the 27-year-old Taiwanese player: He’s exempt on tour through 2020-21, in line to make the Presidents Cup International team this year and will have an opportunity he’s dreamed about since taking up the game in the mid-1990s by playing at Augusta National.

”It’s a good problem to have,” Pan said.

Pan shot a 4-under 67 to finish at 12-under 272, a stroke ahead of Matt Kuchar and two in front of Patrick Cantlay, Scott Piercy and Shane Lowry. Kuchar had a 67, Cantlay and Piercy had 69s and Lowry a 70.

Pan took the lead for good with a 9-foot birdie putt on the par-4 16th.

Pan headed to the practice range after the round to keep ready in case of a playoff, then raised his arms in triumph when told he’d won.

”It’s still really hard for me to believe,” he said. ”I’m processing. My phone has been vibrating the last 10 minutes. I’m so happy I finally got it done.”

Pan won twice on the PGA Tour Canada in 2015 when he turned professional. He’s finished second twice in PGA Tour events, once at the Farmers Insurance Open in 2017 and last year at the Wyndham Championship.

Johnson, the 20-time PGA Tour champ, carried a one-shot lead into the final round and the South Carolina native seemed a strong bet to add the Palmetto State’s only tour stop to his trophy case. But Johnson never found a rhythm early and lost all hope with his uncharacteristic drop off.

He had a birdie on the fifth to stay on top but then his collapse started mildly with a bogey on the par-3 seventh hole. It took full flight on the back nine.

Johnson’s frustrations were on full display on the par-4 13th when his approach went into the bunker, a foot or so from the wooden-board facing. He barely got it out, shook his head and tossed his wedge down against his bag.

He flew his tee shot into the water on the par-3 14th to drop two more shots. Johnson added a second double bogey on the par-5 15th, a hole he had birdied the first three rounds.

Johnson waved to the stands on the 18th when he closed with a birdie.

Lowry, who had three bogeys over his final six holes Saturday to lose a lead he held much of the week, appeared to regain his earlier form with birdies on the second, fifth and sixth holes to take a two-shot lead. But a bogey on the straightforward, par-4 ninth – Lowry had birdied it two of the first three rounds – dropped him back. He stubbed a pair of chips on the 12th hole en route to a double bogey.

Lowry scratched back within a shot of Pan with a birdie on the 14th, but could come no closer.

He said he’ll take positives from the week. ”Look, after coming so close, it’s hard to describe what it’s like,” Lowry said ”But I’m sure I’ll get over it and move on to next week.”

Kuchar, the 2014 winner at Harbour Town, put together a charge of five birdies to tie Pan at the top. But a bogey on the par-3 17th following a tee shot into the bunker ruined his chances of a second tartan jacket.

”It was so much fun,” Kuchar said. ”Getting in the mix on the back nine here on Sunday. That back nine, I was really, really enjoying myself.”

Cantlay looked good for a second straight weekend – he went 64-68 his final two rounds at the Masters to tie for ninth – but his chip from just off the green on the 18th for a tying birdie did not come close and he settled for a final-round 69.

Pan’s wife was key to his playing here this week. He had planned to attend a junior event in Houston he helped organize. But Yingchun Lin told him to get back to work and let her handle things down there.

”Just listen to your wife,” Pan said. ”And you will have a good life. She’s right, always.”