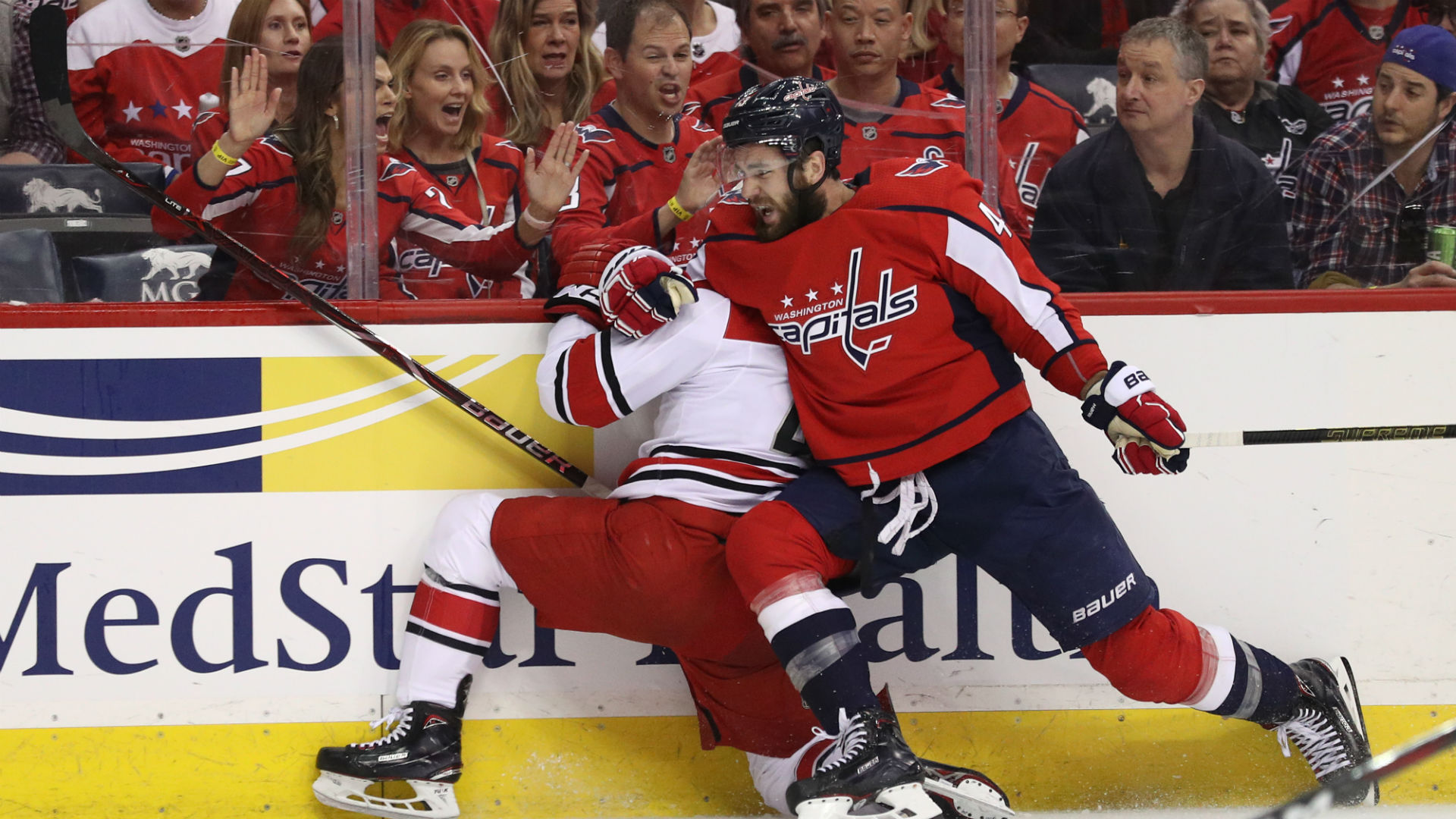 Even in a stress-free blowout win, Tom Wilson can stir up controversy.

The Capitals winger delivered a hard hit on Carolina Hurricanes center Greg McKegg late in the first period of Washington’s 6-0 victory in Game 5. McKegg’s head appeared to make stiff contact with Wilson’s elbow and McKegg was temporarily forced out of the game.

Wilson was not penalized for the hit, and McKegg returned to the game moments later, but given Wilson’s reputation as a physical player with a history of suspensions, any contact he makes with an opposing player goes under a microscope.

The hit on McKegg was one of six on the night for Wilson, who also recorded a power-play goal and assist. The helper came on Niklas Backstrom’s first-period score and the goal came in the third period as Wilson knocked in a loose puck past netminder Petr Mrazek.

For the series, Wilson has four points (two goals, two assists) and 22 hits. As the defending Stanley Cup champions look to close out this Eastern Conference quarterfinal series on Monday, it’s a safe bet that Wilson’s physical style will come into focus once again.