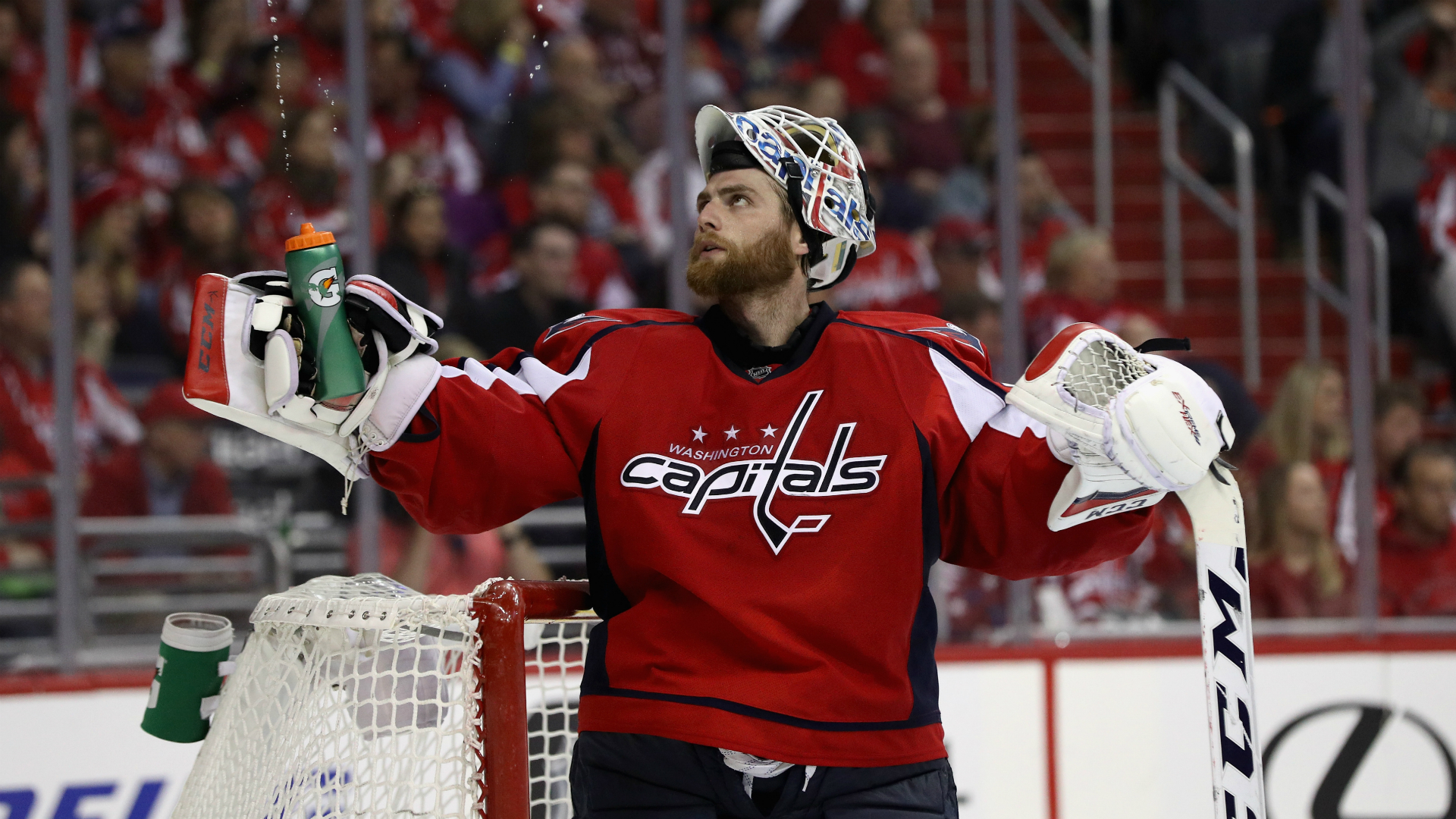 This is a win the Capitals may not have needed, but it’s one they desperately wanted.

Washington took down the Hurricanes 6-0 in Game 5 on Saturday to grab a 3-2 series lead in the first round of the playoffs.

Capitals goalie Braden Holtby – who stopped 30 shots in the shutout win – believed the victory was a statement for his own team as much as for the masses.

“To ourselves, I think, to show that when we play that way we’re going to be real tough to beat,” Holtby told reporters after the game, via the Associated Press.

Braden Holtby, asked if this was a statement win by Caps: “”To ourselves, I think, to show that when we play that way we’re going to be real tough to beat.”

Washington was down a bit after a 2-1 Game 4 loss in which the Capitals allowed a goal barely after the first faceoff.

With that following a 5-0 loss in Game 3 the Capitals may not have absolutely needed a big win in Game 5, but a victory like this could go a long way not only in this series, but for potential ones down the road as well.

As for Holtby, this shutout was his seventh as a member of the Capitals in the playoffs which passes Olie Kolzig’s record for the most in Washington’s franchise history.

With his seventh career shutout in the playoffs, Braden Holtby passed Olie Kolzig (6) for the most playoff shutouts franchise history.

The Capitals now have to travel back to North Carolina where they will try to get their first road win of the series.

In the team’s last game there they lost T.J. Oshie indefinitely when he was injured crashing into the boards after a shove from Warren Foegele.