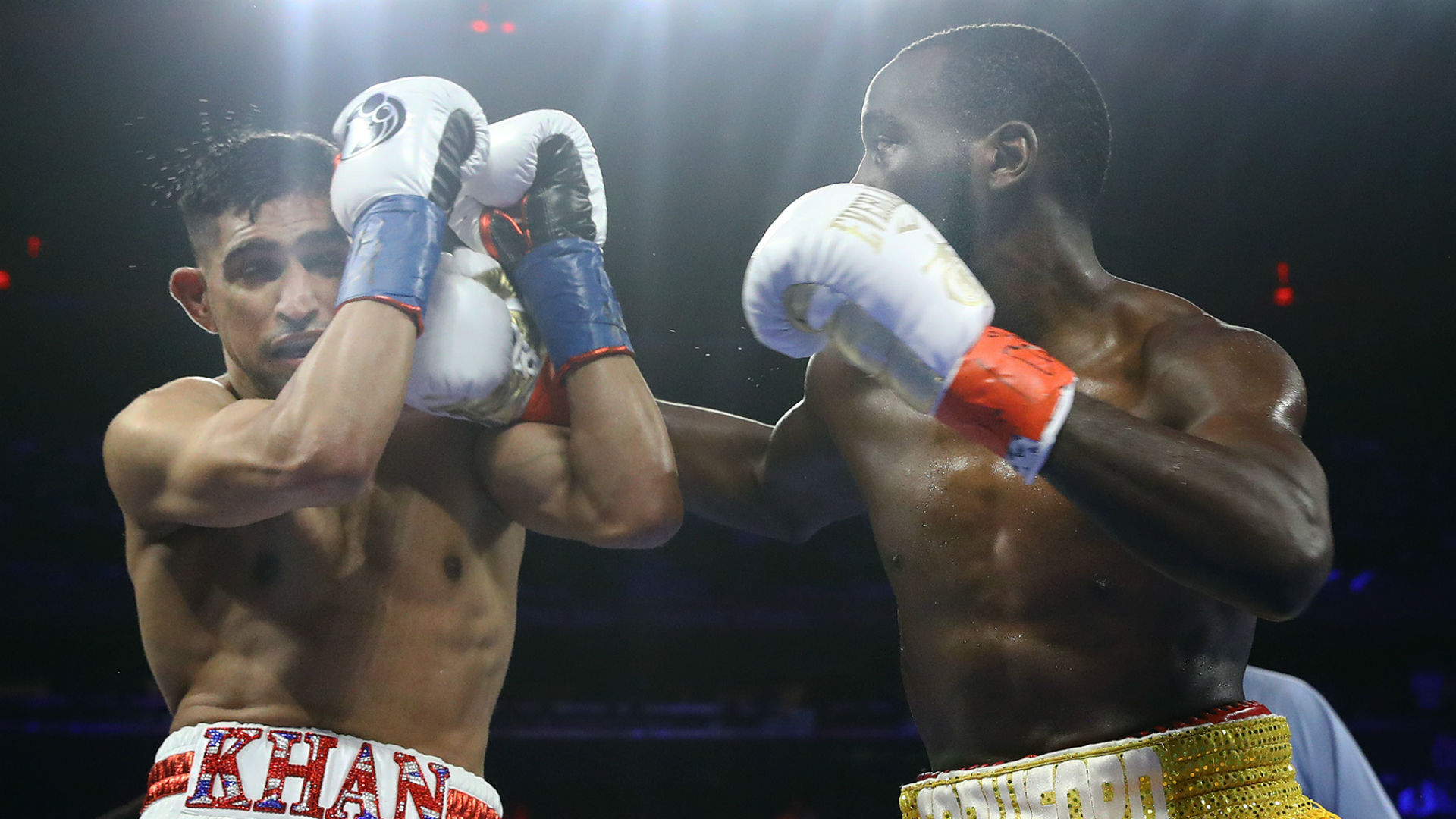 Boxing fans were looking forward to seeing one of the sport’s best when Terence Crawford put his WBO welterweight title on the line against Amir Khan at Madison Square Garden in New York City.

Although Crawford was a heavy favorite entering the fight, fans were curious to see how well the 31-year-old would adjust to Khan’s speed and power. They got their answer relatively quickly as Crawford sent the British fighter to the canvas in the first round. As the rounds wore on, it appeared to be inevitable that Crawford would end the fight inside of the distance. Try as he might, Khan simply couldn’t deal with the counterpunching and body shots that Crawford offered.

The product from Omaha, Nebraska had things well in control in the sixth round when he accidentally blasted Khan with a low blow. It appeared Khan would go on after being allowed five minutes to recover. Instead, Khan told head trainer Virgil Hunter that he was unable to continue and Hunter had the referee surprisingly end the fight. The result left the crowd confused as Crawford improved to 35-0 with his 26th knockout while Khan fell to 33-5.

Here is how Twitter reacted to the controversial ending between Terence Crawford and Amir Khan:

I’m not sure if I ever seen where a low blow caused a guy to quit and then it’s ruled a TKO. Crawford saying it wasn’t a low blow I’m going to assume he didn’t the replay yet. It was definitely low. Just weird ending.

Ok its a low blow take up to your 5 minutes and continue the damn fight! What a way to quit Khan ??‍♀️CONGRATS @terencecrawford

Khan was looking for an exit and the low blow gave him one. Rescued him from dying out there and now he can save face. This is lame.

I been hit to the nuts before and it’s a bitch , but I have to be honest that wasn’t on the nuts more like side hip .. Amir re invented his career many times and he’s done very well.

Trainer Virgil Hunter just told a Nat’l Audience he ASKED @amirkingkhan if he wanted to continue and Khan said “No.” its official. I AM DONE with @amirkingkhan. Don’t even want to see him fight anymore. He wanted Hunter to rescue him from an imminent Knockout. I’m totally Done!

Dude got punched in the hip and it’s over!? That was some good money wasted. Khan was tired of getting punched on!

Hate to say it but Khan has chucked that for me

? Bizarre finish, but a serious disparity in class regardless. Terence Crawford simply on another level to Amir Khan.

In my view, Khan hastened the inevitable, he knew he wasn’t winning this and perhaps saved himself a beating. This fight was only going one way… #boxing #CrawfordKhan

Crawford with an all-time low blow. And the fight’s over. What?! Khan looking for a way out?