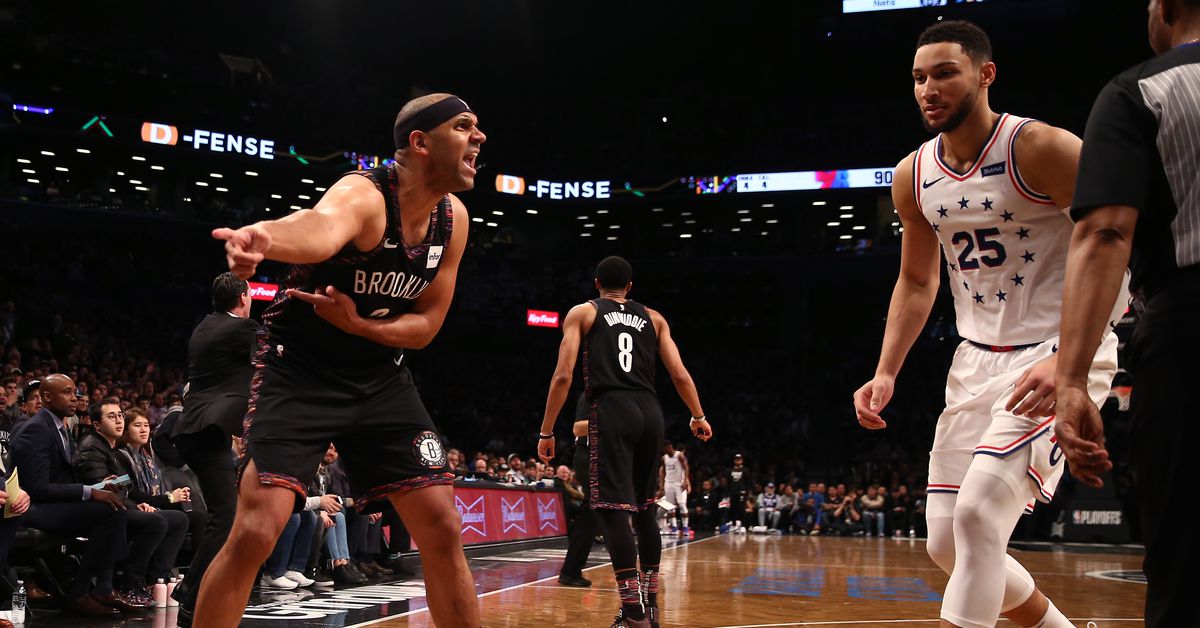 BROOKLYN — It was only supposed to be a flagrant foul.

That’s an odd statement, given that the nature of a flagrant foul is excessive, sometimes malicious contact on a basketball court. But when Joel Embiid clobbered Jarrett Allen for a second time this series in Game 4 of Sixers-Nets on Saturday, no one expected more. Review the play, assess the flagrant foul, and keep the quality basketball flowing. That was the expectation.

But then more whistles went off, then bodies started crashing into the paint. Then those bodies tumbled into baseline seats. The two bodies that fell were Jared Dudley and Ben Simmons. Of course they were.

Dudley and Simmons have been the fire that lit this Eastern Conference showdown from the beginning. After all, it was Dudley who called Simmons, “average in the half court,” to which Simmons responded, “That’s coming from Jared Dudley. Come on,” before posting a historically dominant Game 3 on Brooklyn’s home floor.

It’s been Dudley and Simmons who have been trolling each other back and forth, with Simmons staring down Dudley after a Game 3 airball, before Dudley returned the favor after cashing out in Game 4.

And it’s Dudley and Simmons whose odd, unlikely beef reached a boiling point on Saturday, when those bodies collided in the paint, sending the two crashing into nearby seats. The beef that had been simmering for days finally boiled over. It resulted in Dudley’s ejection, as well as Jimmy Butler’s, the latter of which was probably unfair given he simply shoved Dudley with one hand before the two teams had to be separated.

Dudley has attempted to get beneath Simmons’ skin all series, and Simmons has refused to address it. But their actions on the court speak far louder than anything they’ve said off it. In Game 3, Simmons looked in Dudley’s face during a dead ball, then laughed when he realized who it was. In Game 4, Dudley ripped Simmons in transition, then trash-talked him on the way to the bench.

This is not the kind of beef we’re used to seeing. There’s an 11-year age gap between the two players. But it’s the kind of beef fans deserve for a series between these two teams. It had been simmering for awhile now. It was only a matter of time before it reached the boiling point.

It doesn’t look like it’s going to cool down either. After Game 4, Joel Embiid called Dudley a nobody.

What a great series.