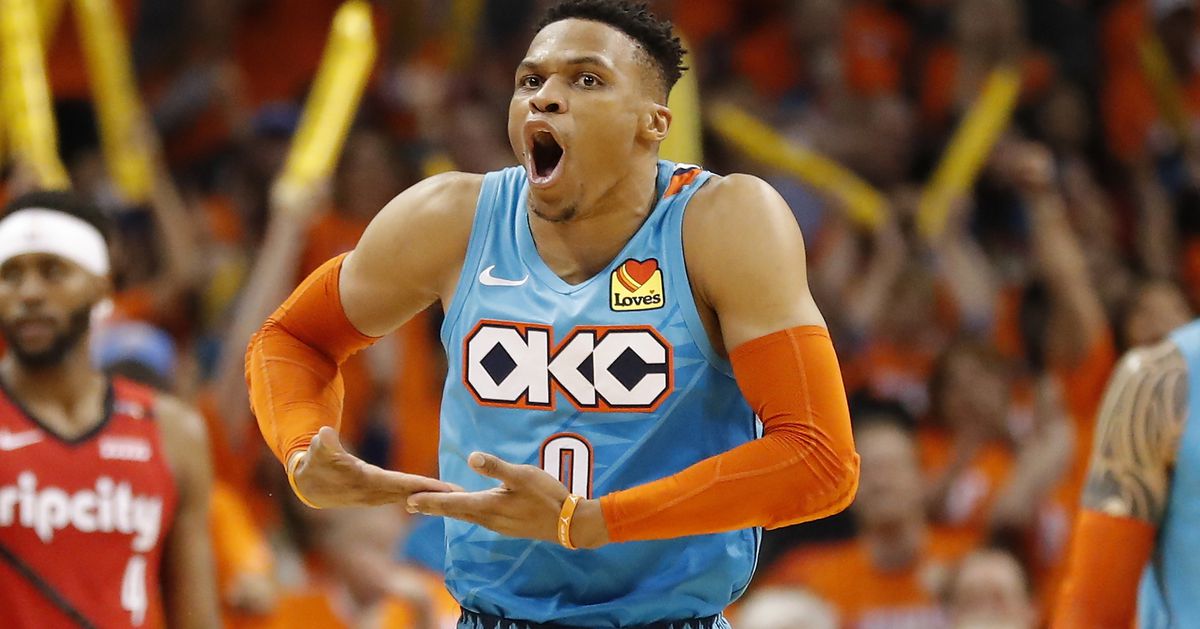 The thing that strikes me about this Blazers vs. Thunder series is that it’s incredibly tense, basically all of the time. Damian Lillard is constantly on the verge of destroying Oklahoma City’s defense through slithery drives or new-school long-range threes. In the third quarter of Game 3, during which he racked up 25 points to get Portland in whispering distance, he was there. In the fourth, he always seemed on the precipice of hitting a shot or two and tapping his wrist to let everyone know the hour.

But he didn’t, and instead the Thunder found ways to stay unmoored to a legacy of cracking in high-pressure moments. Paul George attacked when he didn’t trust his jumper, Russell Westbrook trusted his jumper and was rewarded with buckets. The Thunder roleplayers, for the first time this series, hit shots consistently, as if this win was meant to be. OKC came out ahead in the end as Portland buckled under the stress with too many turnovers and bricks.

The game remained tense at the buzzer, as George threw down a reverse double pump as the horn sounded in lieu of dribbling out the clock.

This series is so tense that the teams have ended up in a Cold War of sorts, with the beef between Dame and Russ at center stage (Dame’s explosion in the third came after Russ emphatically rocked the baby on him) but dudes like Dennis Schroder getting involved (tapping his wrist after stopping Lillard in the fourth, YIKES). George’s disrespectful/hilarious dunk seemed to touch a nerve and caused a center court summit that was dispersed before anyone got too frisky.

Nothing about this opening series has been easy for the Raptors, but Pascal Siakam led them to victory over the Magic on Friday. What a sentence to be able to write.

Jaylen Brown was the star of the night for the Celtics as they took a commanding 3-0 lead over the Pacers. The East is shaping up pretty interestingly: Boston and Milwaukee have rolled and will likely face each other, while the Raptors have been a bit dodgy yet will draw a spunky but .500ish Brooklyn team or a Sixers team with a banged-up Joel Embiid.

Zito Madu’s advice column tackles what to do when Giannis Antetokounmpo is destroying your favorite team.

The Lakers’ coaching search enters Round 2. They really are just going to let Rob Pelinka run the team, huh? Maybe not.

Tyler Tynes on the pervasive problem of in-arena fan abuse of NBA players.

Joel Embiid is doubtful for Game 4.

In appreciation of Ben Simmons as a villain.

Uh, Draymond Green dropped 23 pounds in six weeks to get into playoff shape.

How Russ broke the triple-double.

The funniest off-court moments of the NBA regular season.

Westbrook and PG-13 weren’t nice to reporters after the win. It’s pretty annoying on all levels. Everyone be cool!

The toll of the never-ending grind of pro women’s basketball.

Be excellent to each other.