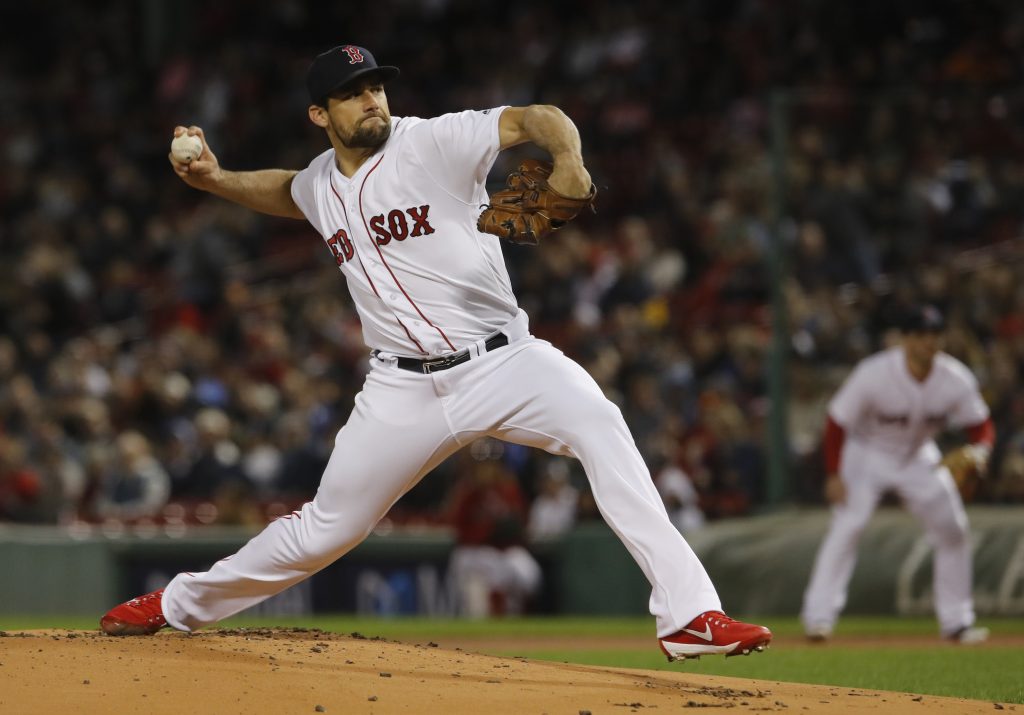 4:27pm: Eovaldi is indeed “leaning” toward minor elbow surgery to clean up loose bodies, per Pete Abraham of the Boston Globe.

10:37am:Red Sox right-hander Nathan Eovaldi has been placed on the 10-day injured list due to a loose body in his elbow, per MassLive.com’s Chris Cotillo. Bobby Poyner will take Eovaldi’s roster spot (Twitter links). The move is retroactive to April 18th.

This is not a new injury for Eovaldi, as just last season he had arthroscopic surgery to remove a similar loose body, causing him to miss roughly two months of the season. Obviously, Eovaldi recovered just fine, but the injury is still a blow to the defending champs as they have yet to play up to the level of expectations thus far in 2019. There has been no indication as to whether or not this current IL stint will require surgery. NBC Sports Boston’s Evan Drellich posted this report from November which gave Eovaldi a clean bill of health, though of course, Eovaldi has put a few more miles on the elbow since then.

The injury hits after just four starts this season in which Eovaldi did not record a decision, totaling 21 innings with an even 6.00 ERA. It was certainly a rough start as his walk rate was up (4.71 BB/9), strikeout rate was down (6.86 K/9), and he  surrendered 2.57 home runs per game on a 25% HR/FB rate. Those numbers were bound to normalize at least somewhat over time, though obviously this new injury revelation might speak to his early season struggles as well.

Poyner, 26, will join the team as a left-handed option out of the bullpen for the time being. He went 1-0 with a 3.22 ERA across 20 appearances out of the Red Sox pen last season with an impressive 9.7 K/9 to 1.2 BB/9 in the admittedly small sample.