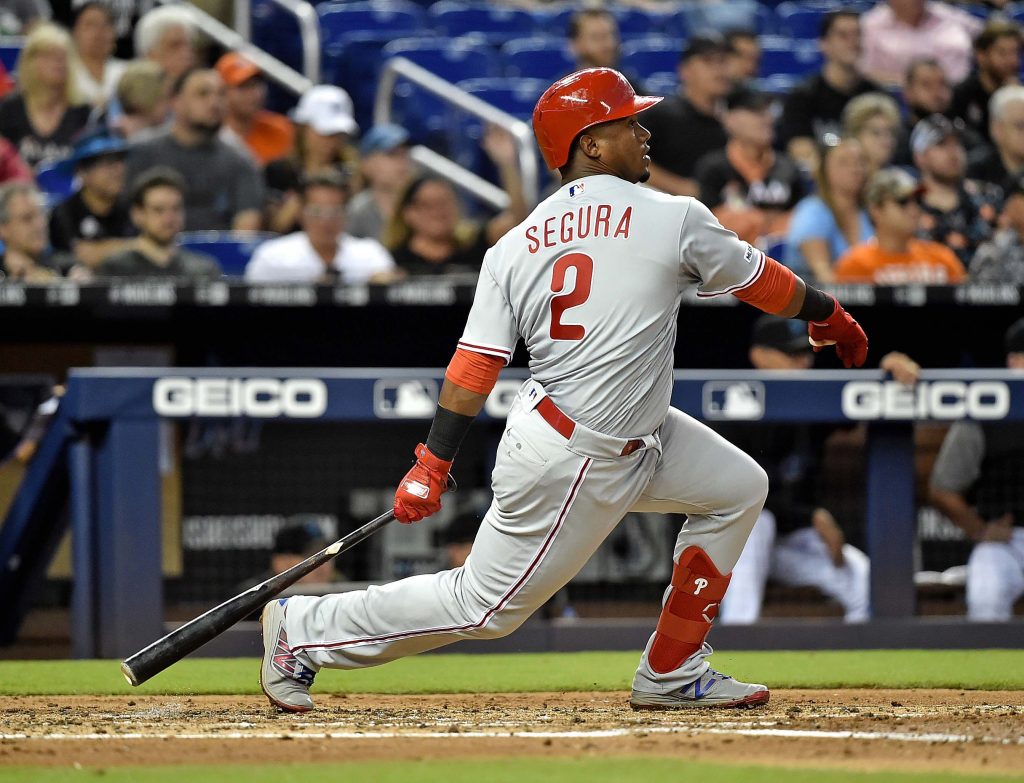 Segura’s IL placement, retroactive to Wednesday, comes as a result of a left hamstring strain. It’ll deprive the Phillies of one of their key offseason additions and someone who has gotten off to a terrific start this year. The 29-year-old’s slashing .328/.384/.476 (130 wRC+) in 73 plate appearances, continuing an impressive run of production that began with the Diamondbacks in 2016.

With Segura unavailable over the past couple days, the Phillies turned to the versatile Kingery at short. After a rough rookie season in 2018, Kingery, 24, opened this year with an exemplary line of .406/.457/.719 (208 wRC+) and two home runs in 35 PA. He’s also dealing with a strained hamstring, but on his right side, and an MRI showed it’s “mild,” per Breen.

The absences of Segura and Kingery will leave shortstop to journeyman Phil Gosselin, at least initially. The club also has the somewhat experienced duo of Andrew Romine and Gift Ngoepe as potential minor league call-ups, but it would need to add either to an already full 40-man roster.

The 24-year-old Arano is now the third Phillies reliever currently on the IL, joining David Robertson and Tommy Hunter. Arano’s battling elbow inflammation, no doubt an ominous-sounding problem for a pitcher. The righty was one of the Phillies’ most successful relievers last year, his rookie campaign, though a horrific spring forced him to begin this season in the minors. He then dominated Triple-A hitters over four innings, which led to a return to the majors April 12. Since then, Arano has combined for 4 2/3 frames in three appearances and allowed two earned runs, both in the Phils’ loss to the Rockies on Thursday, while notching seven strikeouts against two walks.