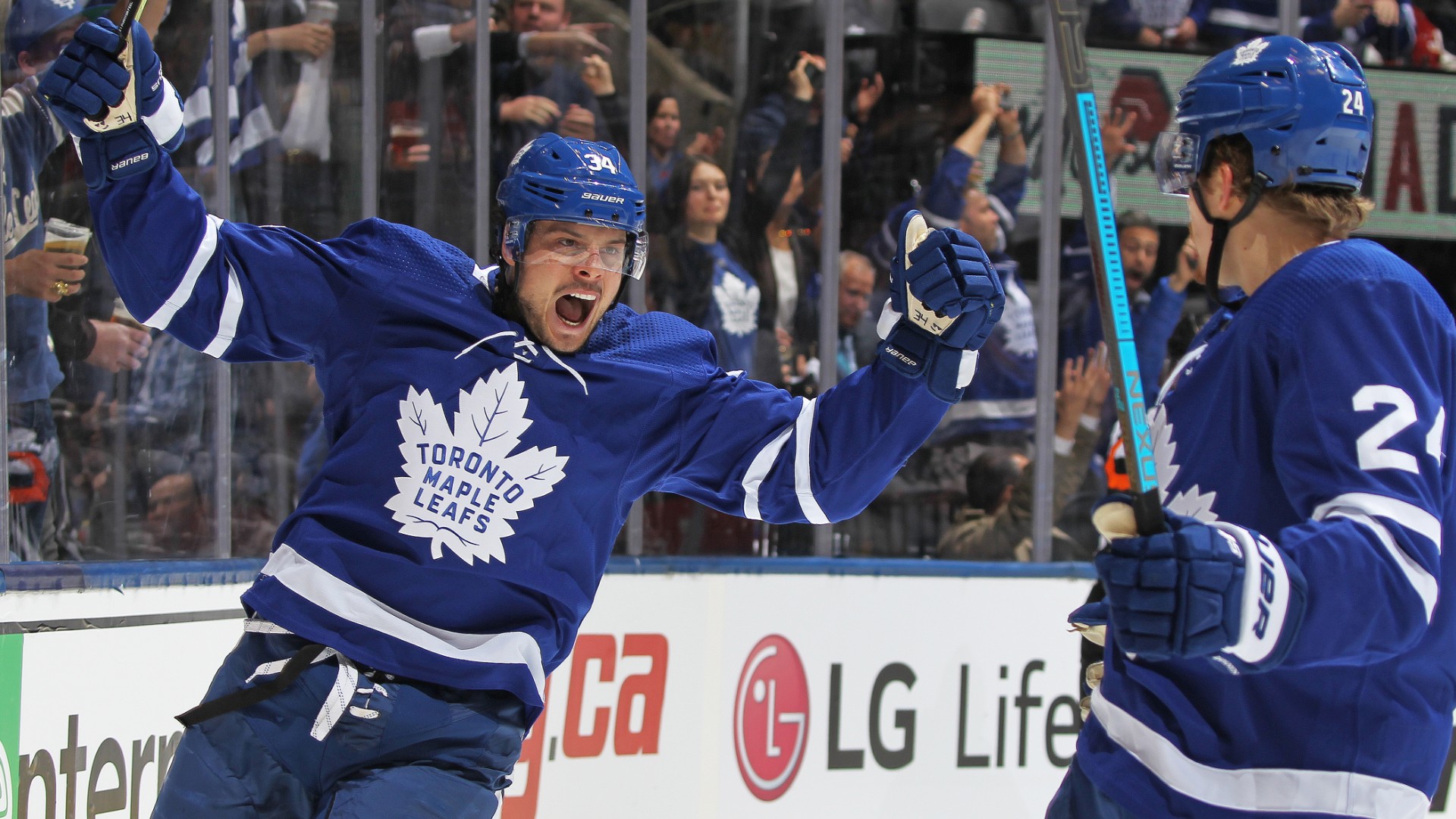 Auston Matthews is on a tear.

The third-year center scored his fourth goal of the postseason Friday night in the Maple Leafs’ 2-1 win over the Bruins in Game 5. Toronto leads the series 3-2.

Matthews one-timed a Jake Muzzin pass past Bruins netminder Tuukka Rask to break a tie that stood for the first 41:33 of the game. The goal survived a Boston challenge for goalie interference and was Toronto’s first of the period. Kasperi Kapanen added the game-winning marker minutes later.

Auston Matthews says all of the goals he’s had called back during the regular season were worth it to have one stand a review in the playoffs: “I was just praying they were going to call it a goal.”

Matthews has found his stride in the 2019 playoffs; he has five points in five games this year after posting just seven points in his first two postseasons (13 games).

The Leafs will have the opportunity to close out the Bruins at home on April 21 at 3 p.m.