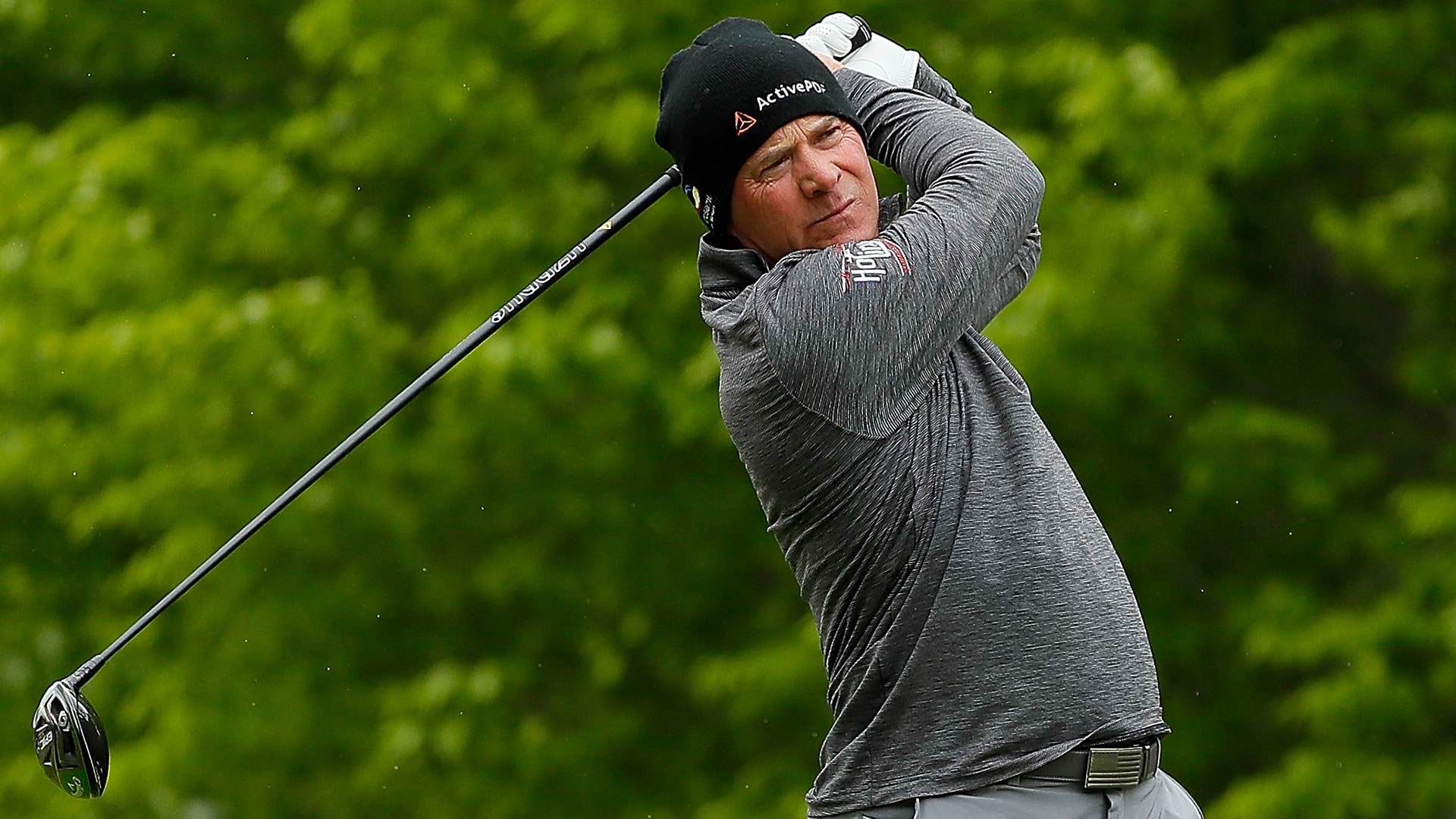 The 53-year-old McCarron completed a 4-under 68 in the morning in the rain-delayed second round and shot a 70 in the afternoon to reach 6-under 138 at TPC Sugarloaf. He has eight victories on the 50-and over tour after winning three times on the PGA Tour.

Rocco Mediate was second, following an opening 73 with a 68.

Bernhard Langer was tied for 20th at 2 over after rounds of 77 and 69. The 61-year-old German star won the 2013 event and finished second four of the last five years. He won the Oasis Championship in February for his 39th Champions title.

Hall of Fame pitcher John Smoltz was tied for 68th in the 78-player field at 10 over, finishing off a first-round 80 and shooting 74 in the second. The former Atlanta Braves star got into the field on a sponsor exemption. He tied for 53rd in Tucson, Arizona, in March his tour debut.

Fellow former big league pitcher Shigetoshi Hasegawa also struggled, shooting 79-78 to drop into a tie for 74th at 13 over. He also got a sponsor exemption.