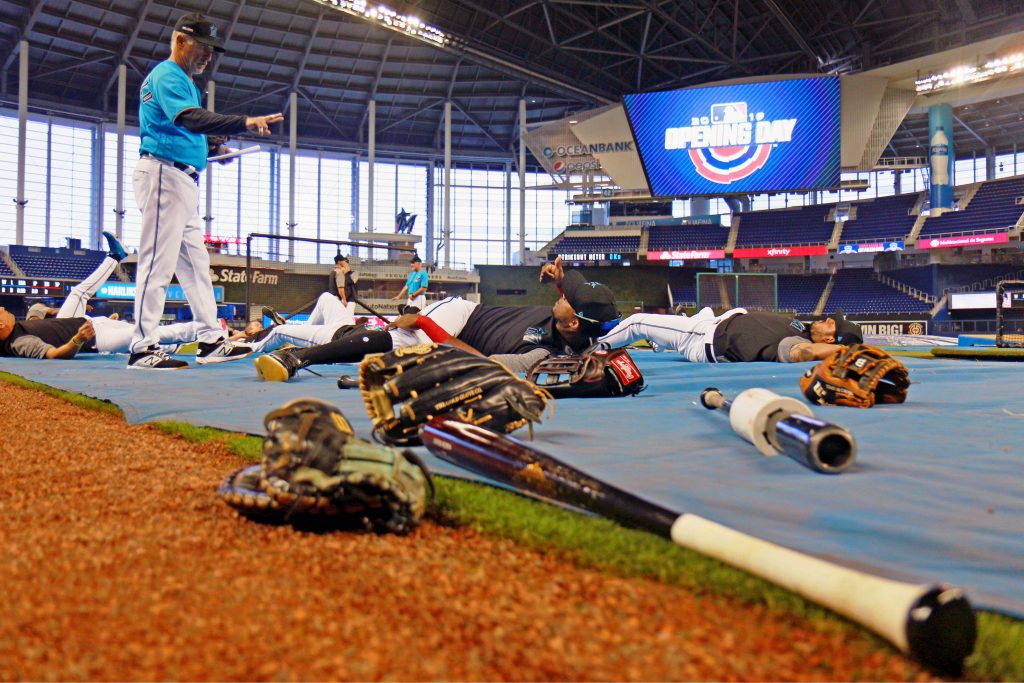 The Marlins announced after tonight’s game that they have fired hitting coach Mike Pagliarulo from his post, as MLB.com’s Joe Frisaro as among those to report (Twitter link). He’ll be replaced by Jeff Livesey on an interim basis, with the role of assistant hitting coach to be filled by Eric Duncan.

Pagliarulo had taken the helm in advance of the 2016 season, marking his first MLB coaching role. The former big-league third baseman had previously worked as a Triple-A hitting coach. Livesey, the former assistant hitting coach with the Pirates, was added to the Miami staff before the current campaign. Duncan, once a lauded Yankees prospect, never made it to the majors but had been moving up the chain as a hitting coach in the New York farm system.

President of baseball operations Michael Hill explained the decision (via Wells Dusenberry of the Sun Sentinel, on Twitter), calling the Marlins “an easy team to pitch to.” With the organization determining that “the necessary adjustments” hadn’t been made, it was decided that “it was time for a new voice and subsequently a change needed to be made.”

While expectations were low for the Marlins entering the season, the club has certainly scuffled more than might have been hoped. Through 680 plate appearances, Miami hitters were carrying a cumulative .216/.275/.332 batting line with the league’s second-worst walk rate (6.6%) and fourth-lowest wRC+ (65).