With a flurry of dribble attacks, post-ups and long-range bombs, Siakam paced the Raptors in an otherwise sluggish offensive game with 30 points, 11 rebounds and 4 assists. He joined Chris Bosh as the only player in Raptors history to score 30 points and collect 10 rebounds in a playoff game, per ESPN Stats & Information, and LeBron James and Giannis Antetokounmpo as the only players in the past five seasons to achieve that feat without a turnover.

“Some of the things, I guess I’m kind of shocked at how he completes them,” Raptors shooting guard Danny Green said. “[Lowry] throws a half-court lob and he catches it and figures out what to do when he’s up there. Pretty impressive, some of his finishes around the basket — tough angles, like, ‘I don’t know how I got that to go in.'”

To Green’s point, a Siakam bucket isn’t always produced with the sort of grace and fluidity that accompany elite scorers. There are any number of moments in the sequence of movements that, unless you’re familiar with his game, might give an observer pause, especially when Siakam is working off the dribble. His lanky limbs can appear mechanical, the snapshot decisions random. An elite rebounder, he’ll gobble up missed shots on the defensive end and charge up the floor with the ball — sometimes with a plan, sometimes without.

Yet increasingly this season — one in which he looks to be a lock to win the NBA’s Most Improved Player award — the output is efficient, as it was on Friday night, when he compiled an effective field goal percentage of 72.5 on 20 attempts. As Toronto’s leader in minutes played in his third overall season, Siakam served as the constant variable in a lineup that was in flux. In doing so, often in the absence of Lowry and Kawhi Leonard, Siakam created more offense for himself.

“Being able to make plays goes a lot, helps me navigate the defense and find open guys or score myself,” Siakam said. “It’s mostly just getting more comfortable with the game and understanding the pace of the game and not rushing like I used to do.”

Before the game, Raptors coach Nick Nurse was asked about Siakam’s emergence this season as his team’s “third option.” Nurse replied that he relied on Siakam as the team’s second option, with Lowry fulfilling the all-purpose task of game management. After the game, Nurse quipped, “We’ll have to move him up from our third option.”

Siakam’s versatility allows him to maintain dominance of the game for long stretches. A catalog of Siakam’s 13 field goals in Game 3 illustrates every conceivable flavor of offense:

Kyle Lowry passes the ball toward the hoop from half court to Pascal Siakam, who finishes with a layup.

And then there were several instances on Friday night when Siakam’s sheer package of size and skill were simply too much for the Magic. As Lowry pointed out in his praise postgame: “We understand this year he has the mismatch a lot of the times,” and that was frequently true in Game 3. Siakam netted eight points by bullying Terrence Ross (thrice) and Evan Fournier (once) in the mid-post for easy looks. 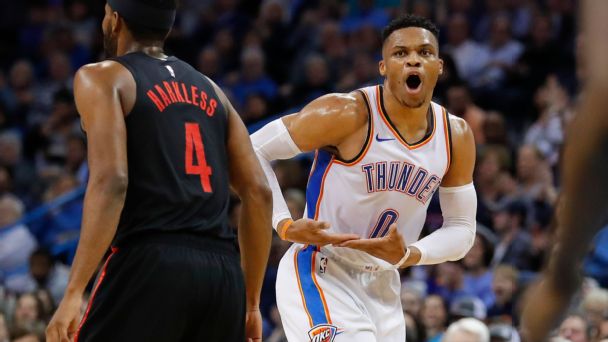 On a night when Leonard was under the weather and not bludgeoning the opponent with his usually brutal efficiency, Siakam was indispensable. Less than two years after winning the MVP of the G League finals, he assumed the role of matchup nightmare, wresting control of the series.

Watching Siakam perform a postgame interview on the Amway Center floor just after the buzzer, Raptors president Masai Ujiri recounted the serendipity of Siakam’s basketball origin story. Ujiri noted that had Siakam’s sister not lived in Johannesburg in 2012, the year Siakam first attended the Basketball Without Borders youth camp, he might have matriculated instead at pastoral school, which was the initial Siakam family plan.

When Green learned during the postgame media session that the teammate he’d just witnessed control a pivotal postseason game was that green to basketball, he was floored. He went so far as to interrupt Siakam to fact-check this improbability.

“It still feels new and every night I’m out there I get better,” Siakam said. “I think that’s the beauty of it — knowing you’re not where you want to be, there is something new you can learn every day. That gets you excited.”