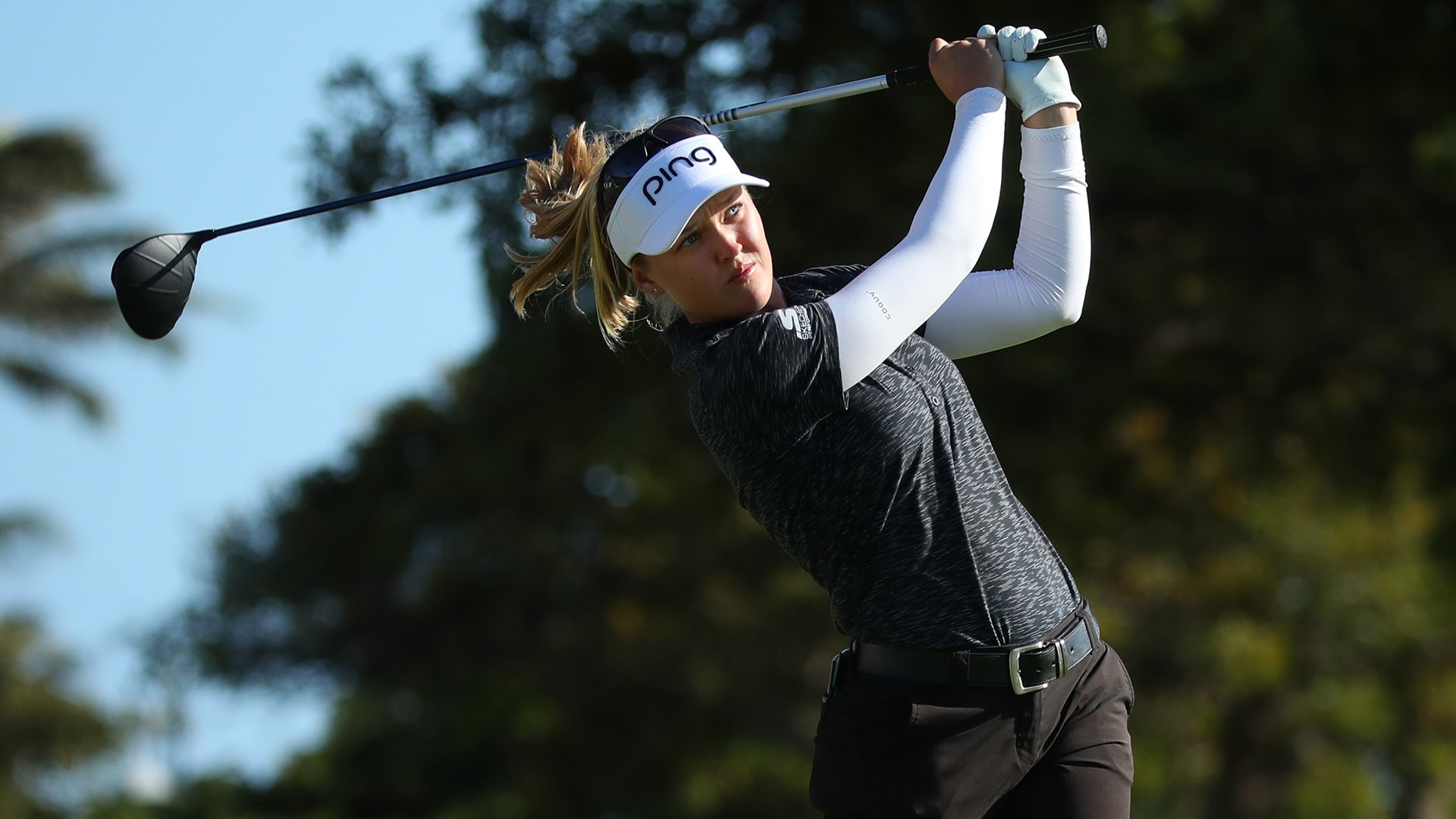 KAPOLEI, Hawaii — Defending champion Brooke Henderson shot a 3-under 69 on Friday at blustery Ko Olina Golf Club for a share of the third-round lead with Nelly Korda in the Lotte Championship.

”There are still 18 more holes left and a lot can happen” Korda said. ”The weather is unpredictable. The wind swirls and gusts, so it’ll be an interesting day. We’re all going to be fighting.”

The 21-year-old Henderson is trying to match Sanda Post record for LPGA Tour victories by a Canadian with eight.

”It was really windy today,” Henderson said. ”Really had to stay patient.”

The 20-year-old Korda won the Women’s Australian Open in February for her second LPGA Tour title. She opened the season with five straight top-10 finishes before tying for 52nd two weeks ago in the ANA Inspiration. On Friday, she birdied Nos. 12, 14 and 16, before dropping the stroke on 18.

”Was a bit of a frustrating day on the front nine,” Korda said. “Was not hitting it well. I was not putting well at all. Kind of got it back on the back nine. It was pretty frustrating today. Wasn’t the happiest camper out there.”

Minjee Lee and second-round leader Eun-Hee Ji were a stroke back. Lee, the Australian who won the 2016 event, had a 70. She was bogey-free and also birdie-free, but did chip in for eagle on the fifth hole.

”It was pretty hard out there,” Lee said. ”The wind was really gusty and the pin placements were pretty hard for the wind direction we had.”

”It’s still a really packed leaderboard, and whoever plays really well tomorrow is going to come out on top or close to the top,” Henderson said. ”Right now it’s hard to say what that number is going to be. Kind of all just depends on the wind.”

Ariya Jutanugarn made the third day’s most dramatic move, shooting a 66 to bolt from nine back to two. She avoided bogeys, drained long putts – she needed just 23 – and birdied all but one of the par 5s.

”I think the most important thing today is I feel I’m really too far behind the lead,” Jutanugarn said. ”I feel like I can’t catch anyway, so what I want to do is just be patient, do my best every shot.”

Henderson was even par on the front nine, then birdied four of the first six on the back, slam dunking a speeding putt from off the 13th green.

”I knew I had to get going a little bit, make some birdies,” she said. ”I was hitting it well the last few holes on the front nine, just wasn’t converting. It was nice to get that birdie-birdie (Nos. 10-11). Gave me a little momentum going into a couple of par 5s, and I was able to make some putts, which was really nice.”

Her approach to the 18th – Ko Olina’s toughest hole this week – squirted into the back trap. After a good bunker shot, she lipped out a 5-footer for par.

Korda watched from the fairway and missed the green with her approach. She chipped to the fringe then left her par putt short.