ALAMEDA, Calif. — We already know that Mike Mayock likes “Bubble Butts” and “Dancing Bears” who are “Natural Benders” and “High Motor Guys” with plenty of “Get-Off” that can serve as a “Road Grader” if he’s not already a “Dancing Bear.”

Studying Mayock and his specific vernacular to describe prospects in his former station as a draft analyst for the NFL Network tells us as much. 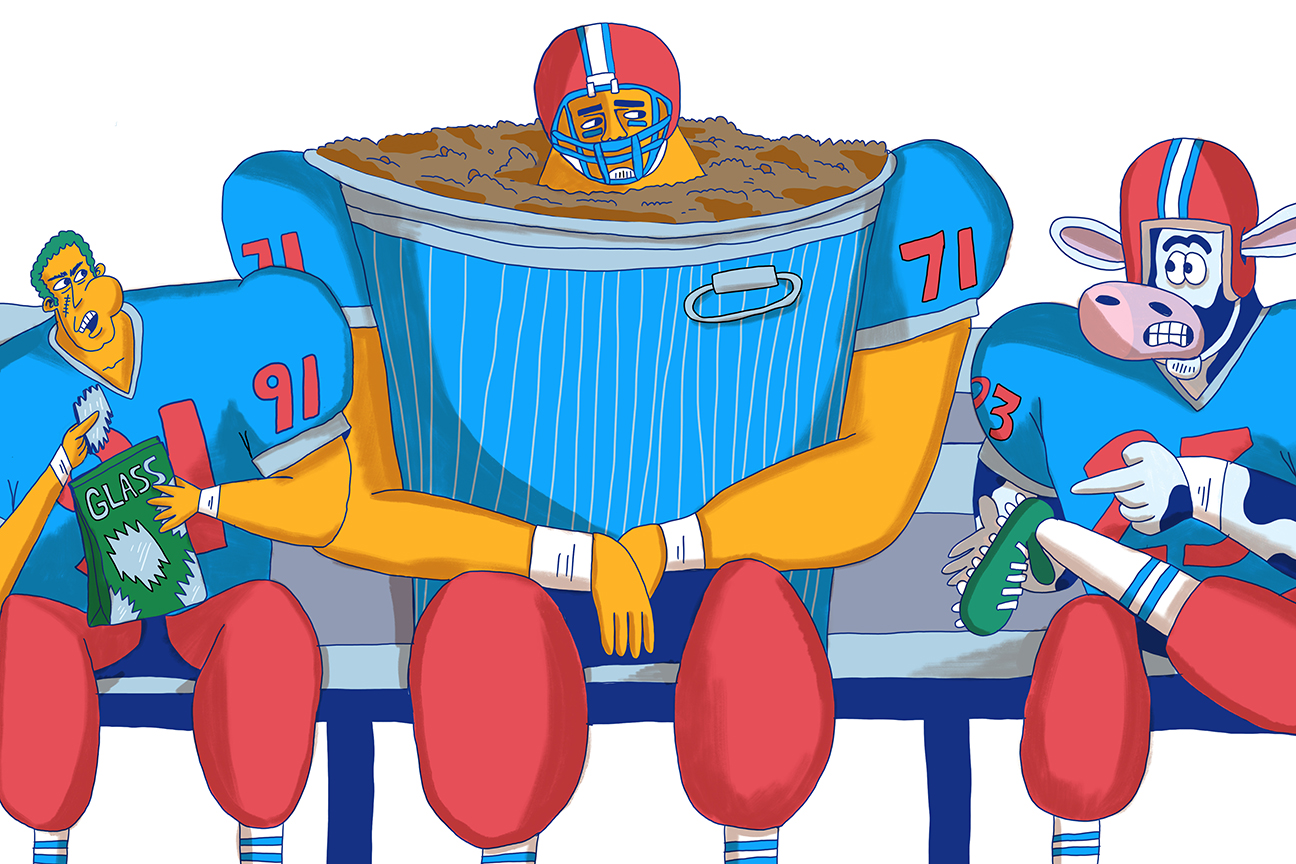 Glass eater, fluid hips, cow on ice and more. Every industry has its insider lingo. Impress your friends and sound like a draft expert by learning these simple terms.
Story

But now that Mayock is a real, live general manager, what will a real, live NFL draft with Mayock at the Oakland Raiders’ helm look like? And yes, we realize Jon Gruden has final say, but still.

“… I think you always have to go back to trusting who you are as an evaluator,” Mayock said recently. “The great thing for me is that we’ve got all of these resources now with the scouts and the coaches to bounce a bunch of stuff off, that I didn’t have as much [of] before.

“But … at the end of the day, despite all of the pressure and all of the influence, you just kind of have to close the door and get your head space back and say, ‘What do I believe in and who do I want to fight for in this draft?'”

And the Raiders finished last in the NFL last season with 13 sacks.

“They can go in a lot of different ways early on with that first pick,” said Daniel Jeremiah, who essentially assumed Mayock’s role at the NFL Network. “You know somehow, someway, we’ve seen it happen before, I remember having Leonard Williams as a top player in that [2015] draft, and he fell to six. Who knows, maybe Mike hits the lottery and Nick Bosa falls right in their lap. We’ll have to wait and see.”

As Mayock himself might say, let’s look at the tape … or, at the very least, his previous mock drafts and accompanying thoughts on previous Raiders picks.

Almost as infamously as he gave Raiders 2009 second-rounder Mike Mitchell a seventh-round grade and apologized to him for it later, Mayock also famously said he would have taken Khalil Mack first overall in 2014 (he fell to the Raiders at No. 5 after, in order, Jadeveon Clowney, Greg Robinson, Blake Bortles and Sammy Watkins).

“You talk about a kid like Clowney, who’s just got superhuman abilities, versus this kid, and if I had a choice between the two, I think I’m taking Mack,” Mayock said at the time.

Pretty prescient, no? Mack is the owner of 53 career sacks, the 2016 NFL Defensive Player of the Year award and the richest contract for a defensive lineman in NFL history, after being traded to the Chicago Bears in the midst of his holdout last Sept. 1. Clowney, meanwhile, has 29 sacks for the Houston Texans and three straight Pro Bowl nods.

Mayock’s mock drafts were required reading, and not just for fans. Team officials across the league would log in to get his educated takes, knowing full well how tied in he was with general managers, scouts and coaches.

Here’s who Mayock mocked to the Raiders the past six years:

2013: Florida defensive tackle Sharrif Floyd (the Raiders instead traded back to No. 12 and took Houston cornerback DJ Hayden in one of their biggest draft misses, especially considering then-Raiders GM Reggie McKenzie said he would have selected Hayden at No. 3 had Oakland not found a trade partner in the Miami Dolphins, who used that third selection on Oregon defensive end Dion Jordan). Floyd was eventually taken by the Minnesota Vikings at No. 23 overall.

2014: Clemson receiver Sammy Watkins (Mayock, who said he would have taken Mack first overall, actually had Mack going to the Jacksonville Jaguars at No. 3). The Buffalo Bills took Watkins that year.

2016: UCLA linebacker Myles Jack (the Raiders instead took strong safety Karl Joseph at No. 14, while Jack fell to the second round to the Jaguars at No. 36 overall. Mayock had Joseph going to the Denver Broncos at No. 31).

2017: Alabama offensive tackle Cam Robinson (the Raiders instead pounced on free-falling Ohio State cornerback Gareon Conley at No. 24 while Robinson went to the Jaguars with the second pick of the second round, No. 34 overall. Mayock did not select Conley in his final mock that year, likely because of the legal issues — since resolved — that surfaced draft week).

2018: Notre Dame offensive tackle Mike McGlinchey (after the San Francisco 49ers drafted the Golden Domer at No. 9, one pick ahead of the Raiders’ selection due to a coin flip, Oakland traded back to No. 15 and took UCLA offensive tackle Kolton Miller. Mayock had Miller going 23rd, to the New England Patriots).

Of course, Mayock also evaluated each team’s actual first-round picks the past few years. Here’s a sampling, and keep in mind that all three guys are still on Oakland’s roster:

On Joseph: “With his range, toughness and ability to drop down in the slot and cover man, he’s like a poor man’s Earl Thomas. He says he models his game after Brian Dawkins. Some say he’s much like Bob Sanders. This is a dynamic playmaker.”

On Conley: “You can’t make that pick and be wrong because your owner is gonna hold you accountable for it if this kid ends up with any kind of jail time.”

Conley had no other legal trouble after the initial allegations.

On Miller: “They get the No. 2 offensive tackle in this draft to put behind Donald Penn, the incumbent left tackle. He can start on the right side. He only answered the bell 23 times in three years. Durability is a concern.”

While Mayock was excited about having so much draft capital early — Gruden playfully told him, “Don’t mess it up, dude.” — he also lamented not having a single pick between Nos. 36 and 105, giving rise to the notion that Oakland might be willing to trade back from No. 4 with a QB-hungry team to get additional picks.

Unless, of course, the Raiders package No. 4 and No. 24 to the Niners to get their No. 2 for, say, Bosa, the Ohio State defensive end.

It all becomes all too real for Mayock, whose draft board was stacked this week, next Thursday.

“The week of the draft, I think we’re going to spend an awful lot of time in there, in our war room … kind of going through every scenario that we can,” he said. “I’m going to have people calling in on the phones and trying to get Jon and I rattled and propose trades. Let’s be honest, I haven’t done it before. So, if I’m going to evaluate myself, I have to make sure I’m prepared. There’s two minutes left on the clock and three phones are ringing and there’s a trade, what is the process? How are we going to react as a team? Where is everybody even sitting in the room? What’s the feedback? How quickly am I going to get the information on the trades and the point values?”

Yes, Mayock has his own trade value chart at his disposal.

“So, there’s a whole bunch of stuff,” Mayock said. “I said to Jon, ‘It’s game week.’ We want to get in there and practice our game plan no different than the team would for a Sunday game.”