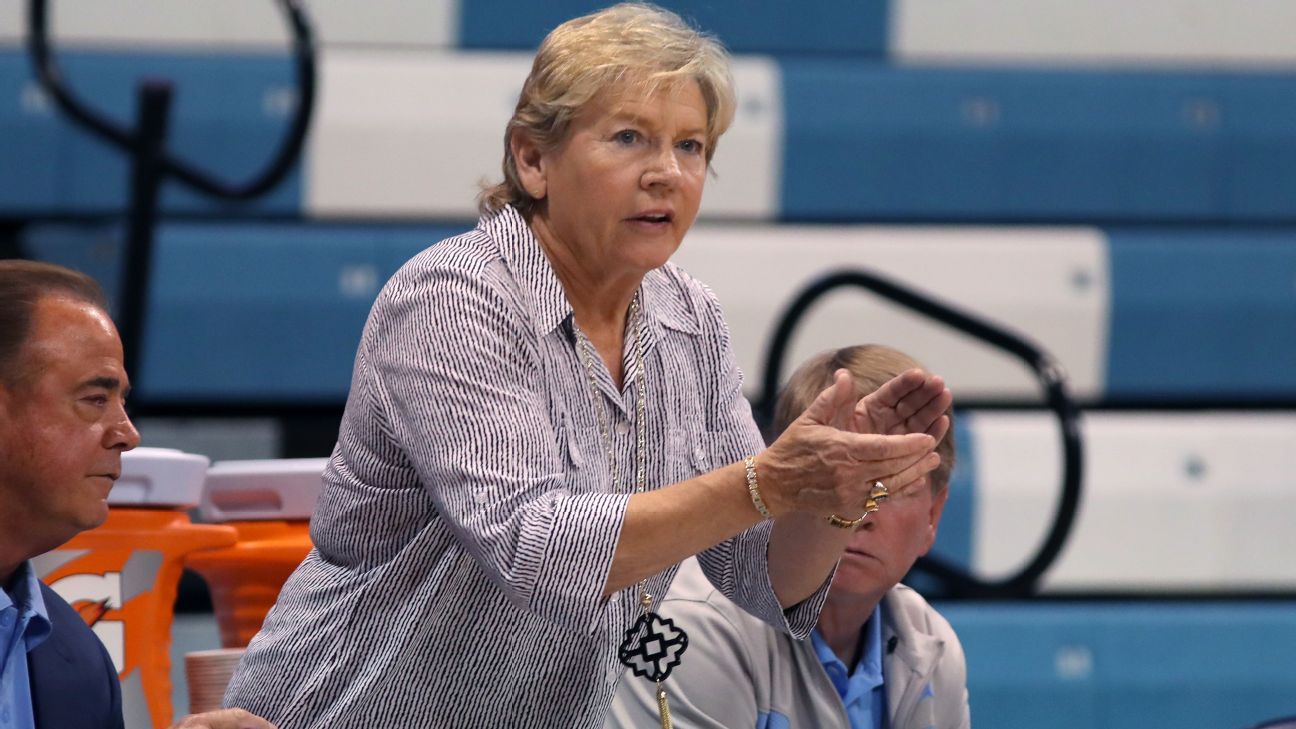 That tenure ended with her resignation after a program review found concerns over her making “racially insensitive” comments and pressuring players to compete through medical issues.

The school announced Hatchell’s resignation late Thursday, along with findings from that external review conducted this month by a Charlotte-based law firm. Among the issues: a “breakdown of connectivity” between Hatchell and the players after 28 interviews of current players and program personnel.

That was enough to end Hatchell’s time in Chapel Hill, which began in 1986.

“The university commissioned a review of our women’s basketball program, which found issues that led us to conclude that the program needed to be taken in a new direction,” athletic director Bubba Cunningham said in a statement. “It is in the best interests of our university and student-athletes for us to do so. Coach Hatchell agrees, and she offered her resignation today. I accepted it.”

Hatchell — who has 1,023 victories, with 751 coming in 33 seasons at UNC along with the 1994 NCAA title — and her coaching staff had been on paid administrative leave since April 1. At the time, UNC announced the review amid player concerns to “assess the culture” of the program.

“The university will always hold a special place in my heart,” Hatchell, 67, said in a statement. “The game of basketball has given me so much, but now it is time for me to step away.”

In its release, UNC said the review found “widespread support” among three areas of concern, including the Hatchell-players connection.

The first area centered on the racially insensitive comments, compounded by Hatchell’s failure to respond “in a timely or appropriate manner” when confronted by players or staff.

“The review concluded that Hatchell is not viewed as a racist,” the school said, “but her comments and subsequent response caused many in the program to believe she lacked awareness and appreciation for the effect her remarks had on those who heard them.”

Regarding injury concerns, the review reported frustration from players and medical staff with Hatchell’s “perceived and undue influence,” though medical staffers “did not surrender to pressure to clear players” before they were ready.

Wade Smith, Hatchell’s attorney, had defended her earlier this month by saying players had misconstrued comments she made as racist and that she wouldn’t try to force someone to play without medical clearance. That came after The Washington Post, citing unnamed parents of players, said complaints had been made about inappropriate racial comments and players being pushed to play while injured.

In a statement to The Associated Press at the time, Smith said Hatchell “does not have a racist bone in her body” and “cares deeply about [players’] health and well-being.”

Hatchell, who reached 1,000 wins in 2017, trailed only Tennessee’s Pat Summitt, Stanford’s Tara VanDerveer and Connecticut’s Geno Auriemma in women’s Division I career victories. But there had been difficulties in recent years.

She missed the 2013-14 season while battling leukemia and undergoing chemotherapy. The program also spent several seasons under the shadow of the school’s multiyear NCAA academic case dealing with irregular courses featuring significant athlete enrollments across numerous sports, a case that reached a no-penalty conclusion in October 2017.

UNC returned to the NCAA tournament this year for the first time since 2015 after upsets of top-ranked Notre Dame and No. 7 North Carolina State on the road, though her contract was set to expire after next season.

Hatchell said she will still support the school, including raising money for UNC’s Lineberger Comprehensive Cancer Center and advocating for gender equity issues.

“While this is a bittersweet day, my faith remains strong,” Hatchell said. “After the fight of my life with leukemia, I count every day as a blessing.”