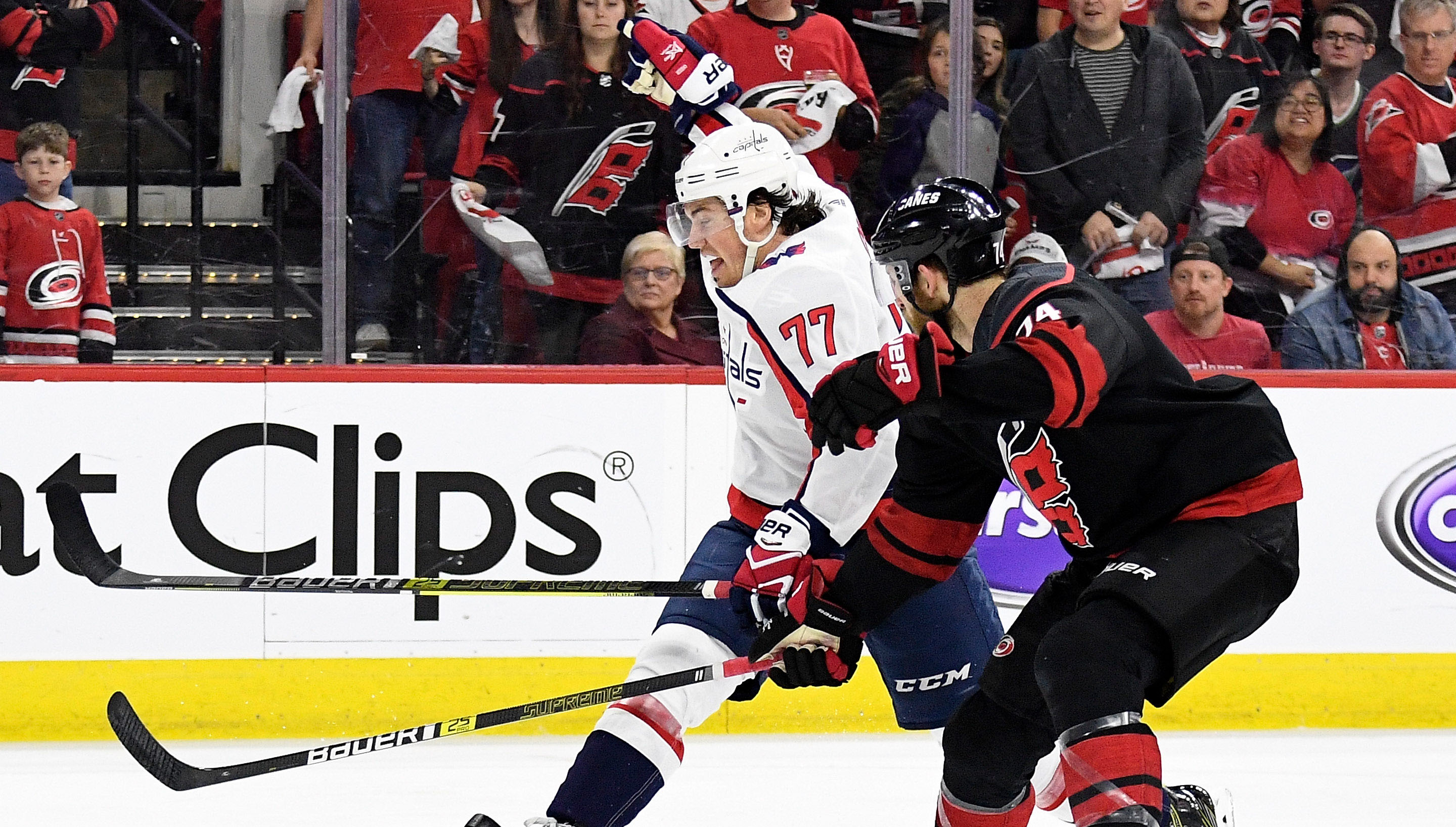 This didn’t look good for the Capitals or T.J. Oshie.

The 32-year-old forward left Game 4 of the first round of the Eastern Conference playoffs after going head first into the boards following a hit from Hurricanes forward Warren Foegele.

Oshie stayed down on the ice for several minutes and left soon after holding his shoulder and arm area.

“I was trying to lift his stick, trying to give him a little nudge,” Foegele told reporters after the game. “It was a little unfortunate play there, I wasn’t trying to hurt him or anything. I hope he’s OK.”

Here’s what Warren Foegele told reporters: “I was trying to lift his stick, trying to give him a little nudge. It was a little unfortunate play there, I wasn’t trying to hurt him or anything. I hope he’s OK.”

Alex Ovechkin had to be held back from getting into it with Hurricane’s players after the incident. He wasn’t happy after the game.

“If the guy’s hurt, it’s a dirty play,” Ovechkin said. “It has to be not two minutes. It has to be a different call.”

Capitals coach Todd Reirden was heated about the play after the game.

“It was a defenseless player that was quite a distance from the boards,” Washington’s coach told reporters. “That’s an extremely dangerous play and he will not be with our team for a while.”

Oshie has a history of injuries and missed 23 games this season with concussion-like symptoms.

This is obviously a much different issue, but one that costs the Capitals nonetheless as Oshie is a vital member of Washington’s roster who brings a tough-nosed brand of hockey to the ice as well as a deft ability to score.