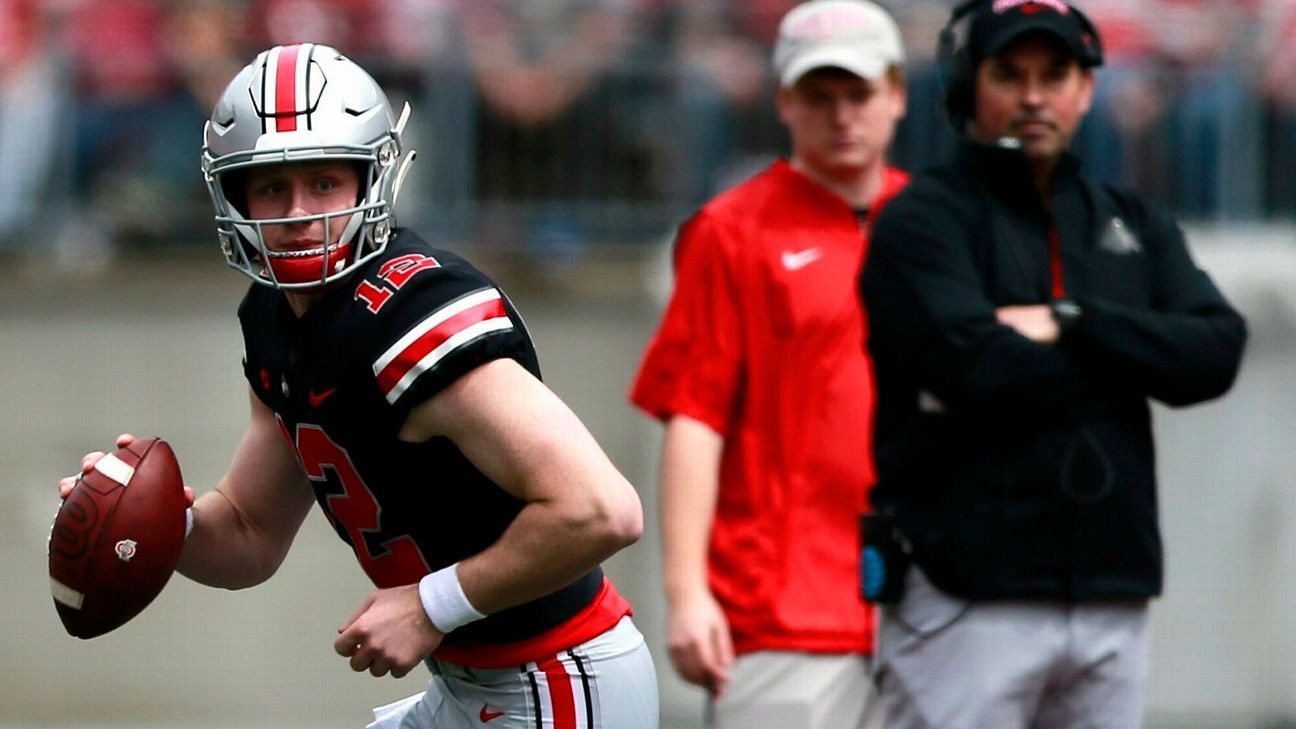 Day told ESPN’s Adam Rittenberg he believes that Baldwin, who is from Austin, Texas, will look to play closer to home. The coach also said Ohio State will look to add a quarterback before the season.

Baldwin, a freshman, redshirted last season. He split time with the first-string offense with sophomore transfer Justin Fields during the Buckeyes’ spring game on Saturday.

“I don’t think right now that we’re going to make a decision. It’ll continue through the preseason,” Day said. “These guys have to keep going. They’ll probably all have to play in some way, shape or form along the way.”

Baldwin played with both the first- and second-string units Saturday. He completed 20 of his 36 pass attempts for 246 yards with two touchdowns and two interceptions.

Fields is a former five-star recruit who transferred from Georgia after his first college season. He completed only four of his 13 pass attempts in the spring game, though one of them was a 98-yard touchdown bomb to receiver Binjimen Victor.