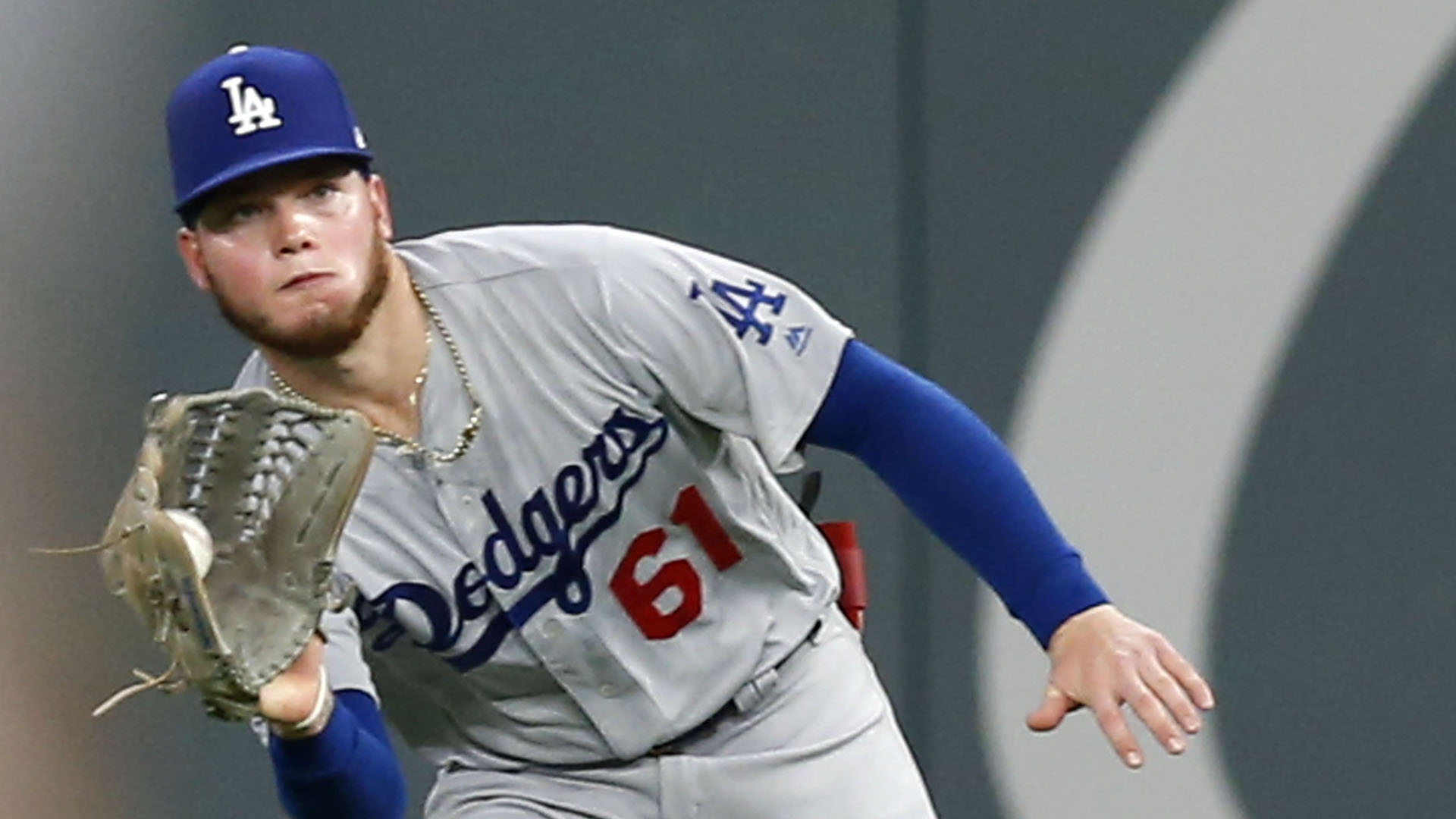 The Brewers and Dodgers are facing off for the second time this season after matching up in the NLCS last year, and if Game 1 of this weekend’s series is any indication, it will be fun every time these teams are on the same field.

These games will also likely need heroes to pull out wins, and the Dodgers found one Thursday in the form of Alex Verdugo in their 3-1 victory in Milwaukee.

Verdugo uncorked a 98.4 mph strike from left field to nail Hernan Perez, who was trying to score from second base on Lorenzo Cain’s two-out single in the bottom of the eighth inning. The play preserved a 3-0 LA lead.

So, just who the heck is this guy who ended a Brewers rally? Well, his story is pretty darn interesting, thanks for asking.

Verdugo, 22, has been a top Dodgers outfield prospect for several years, but he was preferred by many teams as a pitcher coming out of high school – as evidenced by the 98.4-mph arm strength.

The lefty starred at the Under Armour All-American Game going into his senior year of high school and popped up on a lot of radars before his final year of eligibility. But as good of a pitching prospect as he was, he wanted to hit, and the Dodgers gave him that chance.

While Verdugo did go 0 for 1 on Thursday, he is batting .364 on the season. He has the potential to be a great one and it makes sense that the Dodgers didn’t want to give him up in a potential trade for Indians ace Corey Kluber this offseason.

Nationals starter Patrick Corbin got his first win in a Washington uniform by tossing 7 2/3 innings of one-run ball with nine strikeouts in a 4-2 victory over the Giants.

Nicholas Castellanos is off to a good start again with the Tigers; he is batting .279 after going 3 for 4 with two doubles, a run scored and two RBIs in a 9-7 win over the White Sox.

Twins starter Michael Pineda gave up six earned runs in 3 2/3 innings during a 7-4 loss to the Blue Jays.

Braves center fielder Ender Inciarte made a nice diving catch but Atlanta fell to the Diamondbacks 4-1.