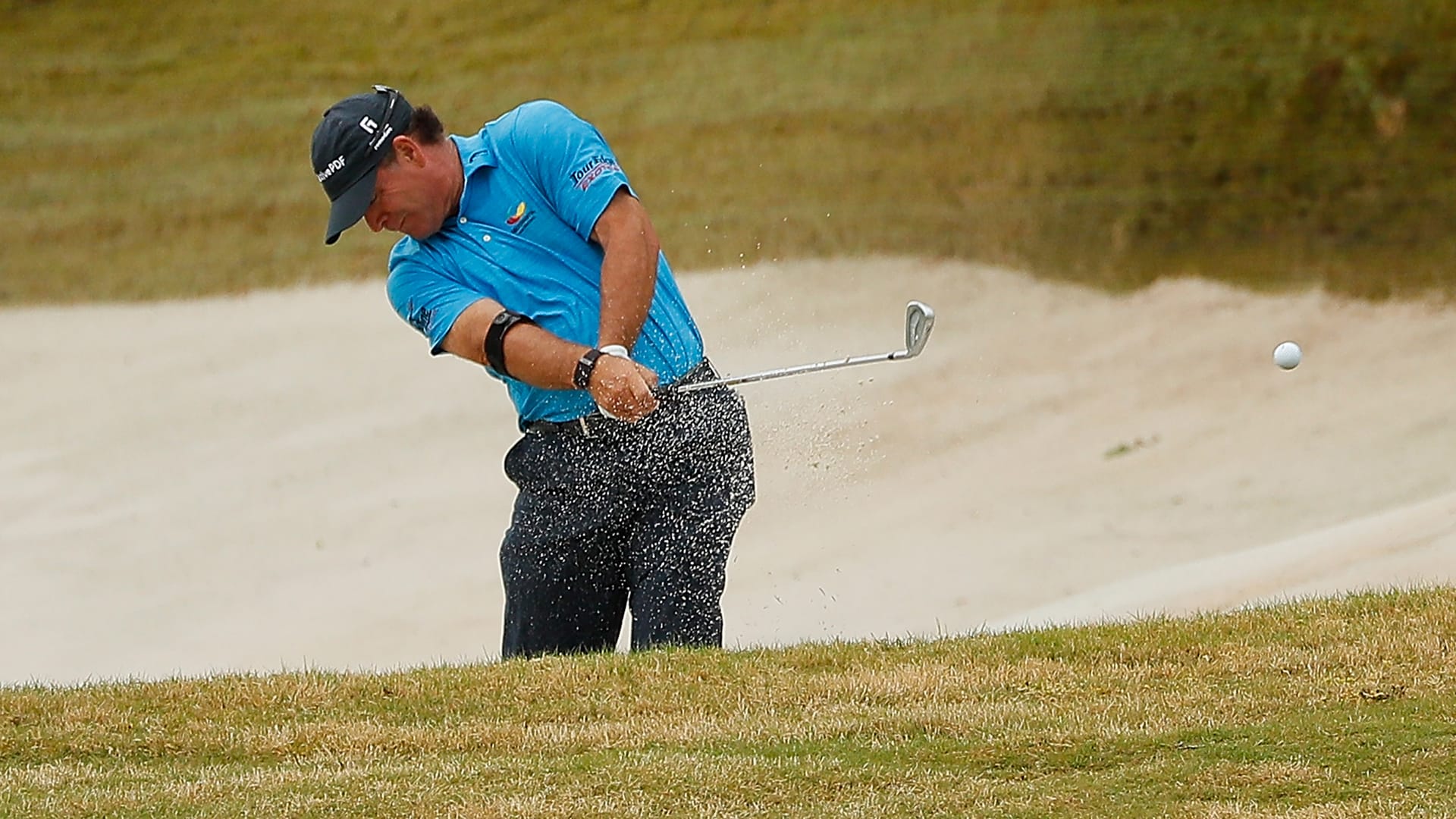 DULUTH, Ga. – Scott McCarron topped the leaderboard at 4 under with two holes left Friday when first-round play in the rain-delayed Mitsubishi Electric Classic was suspended because of darkness.

The start of the PGA Tour Champions event was delayed more than four hours because of 2 3/4 inches of rain overnight and severe weather in the morning at TPC Sugarloaf.

”The course played extremely difficult,” McCarron said. ”The wind was fairly strong and it swirls back there in the trees, so it’s very difficult to guess what direction it was, what clubs to hit, start lines. I just thought it was very difficult. Tough to putt, everything.”

The 53-year-old McCarron birdied Nos. 2, 3 and 5 before dropping a stroke on the par-4 sixth. He will resume play Saturday morning with a 118-yard third shot on the par-5 eighth.

”It was one of those days you were just grinding it out,” McCarron said. ”I hit it close quite a few times. Could have made some other ones from inside 10 feet and I didn’t make them. But I’m happy with 4 under right now.”

He has eight victories on the 50-and over tour after winning three times on the PGA Tour.

Bob May was a stroke back with seven holes remaining, and Sandy Lyle was 2 under with three to go.

Bernhard Langer was even par with four holes left, a week after tying for 62nd in the Masters. The 61-year-old German star won the 2013 event and finished second four of the last five years. He won the Oasis Championship in February for his 39th Champions title.

Defending champion Steve Flesch was 5 over with four holes left.

Hall of Fame pitcher John Smoltz was 5 over with seven holes remaining. The 51-year-old former Atlanta Braves star got into the field on a sponsor exemption. He tied for 53rd this season in Tucson, Arizona, in his tour debut.

Fellow former big league pitcher Shigetoshi Hasegawa was 4 over with eight to go. He also got a sponsor exemption.