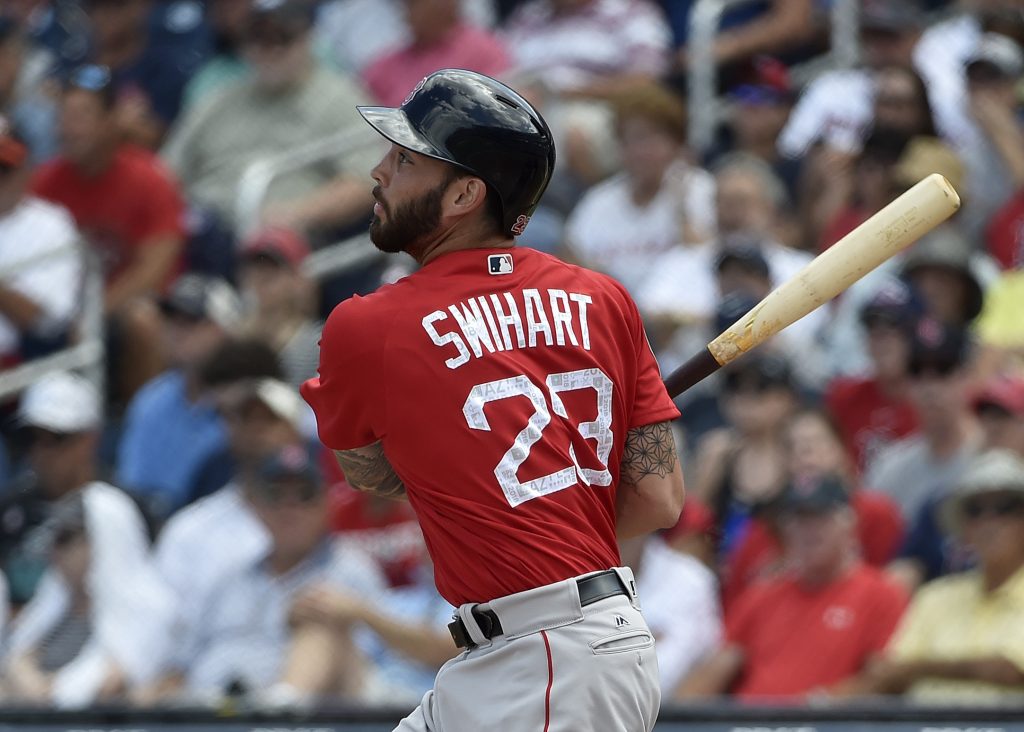 The Diamondbacks have acquired catcher Blake Swihart from the Red Sox, per a club announcement. International pool money is also going to Arizona in the deal — $500K in spending capacity, GM Mike Hazen tells reporters including Zach Buchanan of The Athletic (Twitter links) — with outfield prospect Marcus Wilson going to Boston in return.

Swihart had been designated for assignment recently. He’s now heading to an interesting situation with the Snakes. Hazen is among several top D-Backs executives that came over from the Red Sox; needless to say, the team is amply familiar with Swihart.

The Diamondbacks are the one organization in baseball that has been most dedicated to carrying three catcher-capable players on its active roster. That’s particularly relevant for Swihart, given that his questionable abilities behind the plate have thus far limited his chances in the majors. But the plan doesn’t appear to be for the out-of-options Swihart to displace a current D-Backs receiver (Carson Kelly, John Ryan Murphy, Caleb Joseph). Rather, Hazen indicates that the club intends to utilize him in some kind of utility capacity.

It’ll be interesting to see whether the Arizona organization is better able to draw value out of Swihart than were the Sox. Prior attempts at moving him around the field didn’t work out. And his well-regarded bat hasn’t yet done much damage in the majors, though to be fair opportunities have come in fits and starts to this point. In 626 career plate appearances at the game’s highest level, Swihart carries a .255/.314/.365 slash with nine home runs, ten steals, and a combination of a 25.7% strikeout rate and 7.7% walk rate.

The Red Sox won’t come away with what they hoped for out of Swihart, who was once considered quite a high-end prospect. But they were able to add an interesting player in Wilson, who was taken 69th overall in the 2014 draft. He has some swing and miss in his game but also has drawn his share of walks and has produced solid numbers at times in the low minors. An intriguing athlete, Wilson is off to a nice start this year at Double-A and is seen as possessing a relatively lofty ceiling.