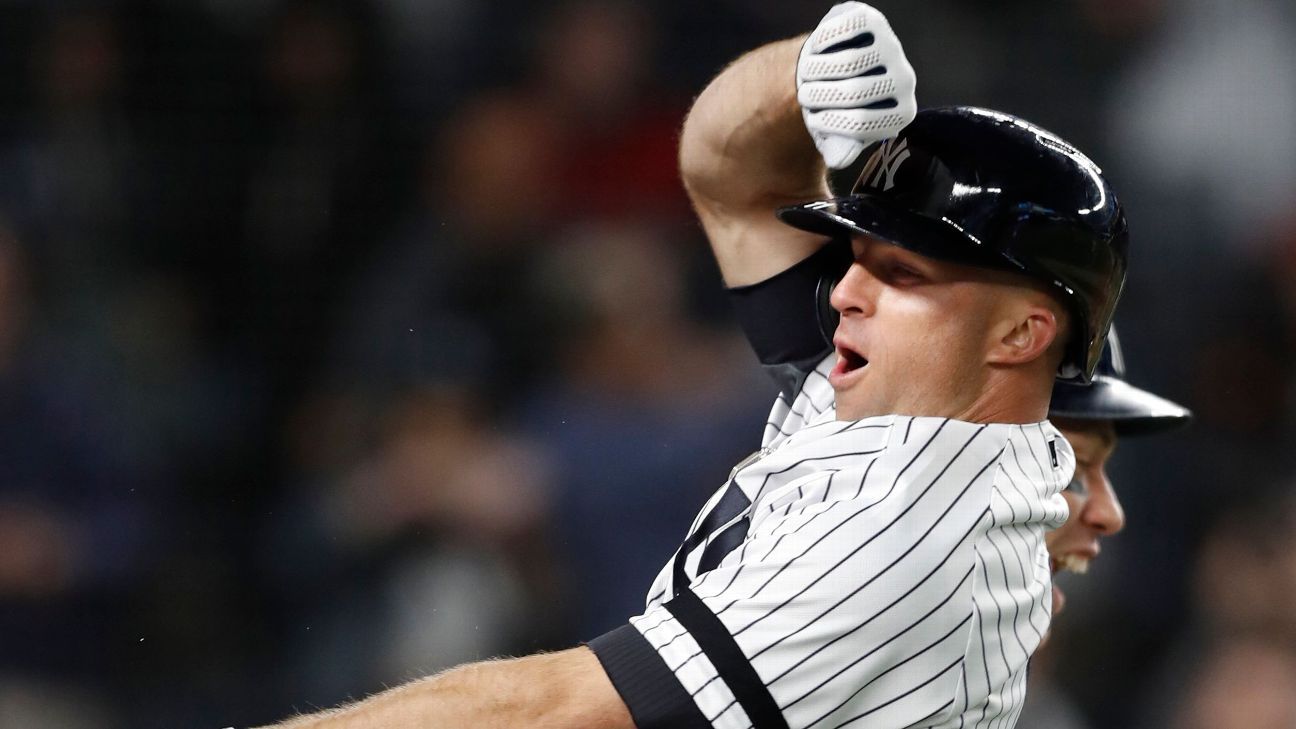 At times in what has been a difficult, challenge-filled season mostly marred by an ever-growing injured list, the New York Yankees have still found occasions to celebrate.

And when they have, boy, have they partied.

“You guys didn’t know we had a nightclub in here?” outfielder and designated hitter Clint Frazier rhetorically asked reporters, smiling.

It was about 15 minutes after the Yankees’ 5-3 win Wednesday night over the rival Boston Red Sox when media entered a home clubhouse that had a noticeably strange haze in the air.

No, nothing was on fire. There was no actual smoke — just the suggestion of it. It came in the form of a foggy mist generated by a fog machine that has made an appearance or two this season. To a man, players contend they have no idea who put it there, how it got there or why it’s even there.

“I don’t know that it’s a player,” veteran outfielder Brett Gardner said, “but I’m not sure.”

What the 25 men on the Yankees’ current active roster do know is that they like seeing the fog machine … and the strobe lights … and hearing the booming music from right fielder Aaron Judge‘s victory mixtape. The presence of each of means the Yanks just won a hard-fought game.

“The idea was to play [the fog] after big games,” Gardner said.

Wednesday’s game certainly qualified as that, as the Bronx Bombers completed a sweep of the scuffling Sox thanks in large part to Gardner’s seventh-inning grand slam. The homer was the 100th of his career and was the go-ahead blast the Yankees needed in a game they had spent most of the night trailing.

“I think he was just waiting for the right moment. I think that was it: bases loaded, against Boston,” Judge said about the milestone shot. “That was a special moment, a special swing, and there’s nobody else I’d rather have up at the plate in that situation.”

Along with Gardner’s homer, the Yankees got a strong 6⅓-inning outing from starter J.A. Happ, who had not pitched out of the fifth inning in his first three starts of the year. A midgame adjustment got the lefty past a rough first two innings in which he gave up two home runs. He has allowed homers in all four starts he has made this season.

“We deserved the fog because we won a hard game out there,” Frazier said. “That was a good game. Everybody played a part in some way. It’s huge to beat the Red Sox right now.”

Frazier played his own key role in the win, going 3-for-3 with a pair of singles and an RBI double. Barely a year removed from a serious concussion, Frazier has taken full advantage of his opportunities playing in relief of the injured Giancarlo Stanton. Through 13 games, Frazier is hitting .333 with four homers and 12 RBIs.

At one point in Wednesday’s celebration, the fog was so intense that Frazier said he had trouble identifying individual players until they stumbled far out of the fog.

Last football season, the Chicago Bears made headlines when their post-win celebrations were posted to the team’s social media channels. Players were regularly singing and dancing as strobe lights bounced erratically off the locker room’s walls.

The venue of those postwin celebrations was affectionately nicknamed “Club Dub.”

Asked if the Yankees could be baseball’s version of the Bears, Frazier quickly retorted: “Yeah. Why not?”