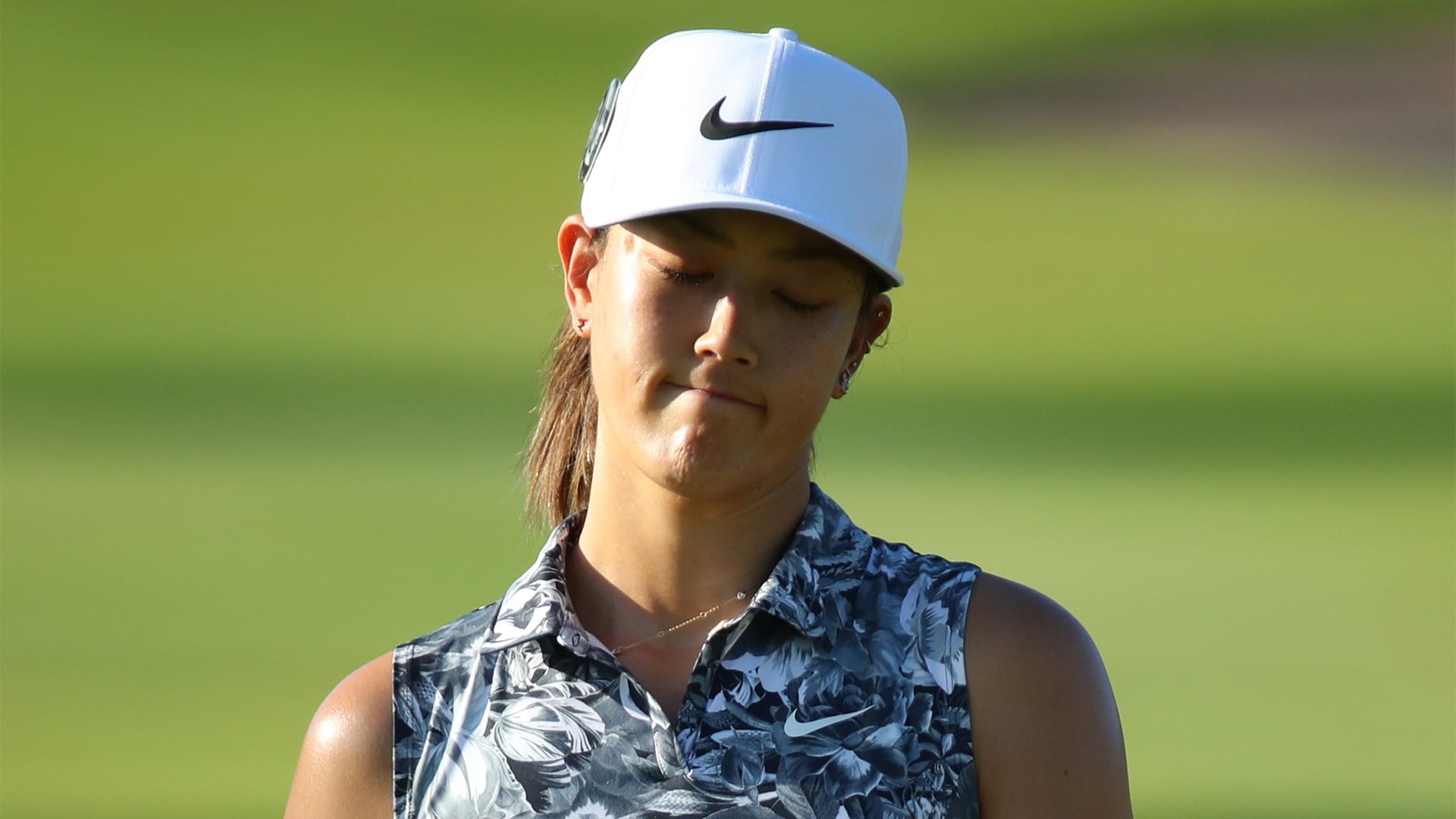 Michelle Wie grimaced through another challenging round in her comeback from surgery.

Troublingly, there was more than rust in her 5-over-par 77 Wednesday in the first round of the Lotte Championship, back in her Hawaiian home.

With a yelp of pain, Wie watched her shot at the 11th tee sail wide right. She let go of the club, with her surgically repaired right hand going limp.

“Just got into an uncomfortable position,” she said. “Just coming back, some shots are going to hurt. Trying to figure my way around that and just trying to get back in the swing of playing again.”

Wie said she hoped to be right back on the course on Thursday.

“Yeah, it’s not fun when it does hurt, but I’m going to get physio right now and hopefully they can patch it up a little bit and I’ll be good to go tomorrow,” she said.

Wie is trying to make her way back after undergoing surgery last October to repair an avulsion fracture, bone spurs and nerve entrapment in her right hand. She tied for 23rd in her return last month at the Honda Thailand, then experienced a setback a week later in her title defense at the HSBC Women’s World Championship. She was 10 over after 14 holes in the first round when she withdrew in Singapore. She left saying nerve entrapment was still an issue. She missed the cut in the year’s first major at the ANA Inspiration two weeks ago but was encouraged by how well her hand felt.

Wednesday’s struggles, and the obvious pain, weren’t good signs. She’s tied for 138th in the 144-player field. She didn’t sound like she believes she needs more time away to heal, expressing hope she can rally on Thursday and make the cut.

“I’m going to go out there with guns blazing and hopefully make some birdies early on,” Wie said. “Yeah, hopefully a good day tomorrow.”