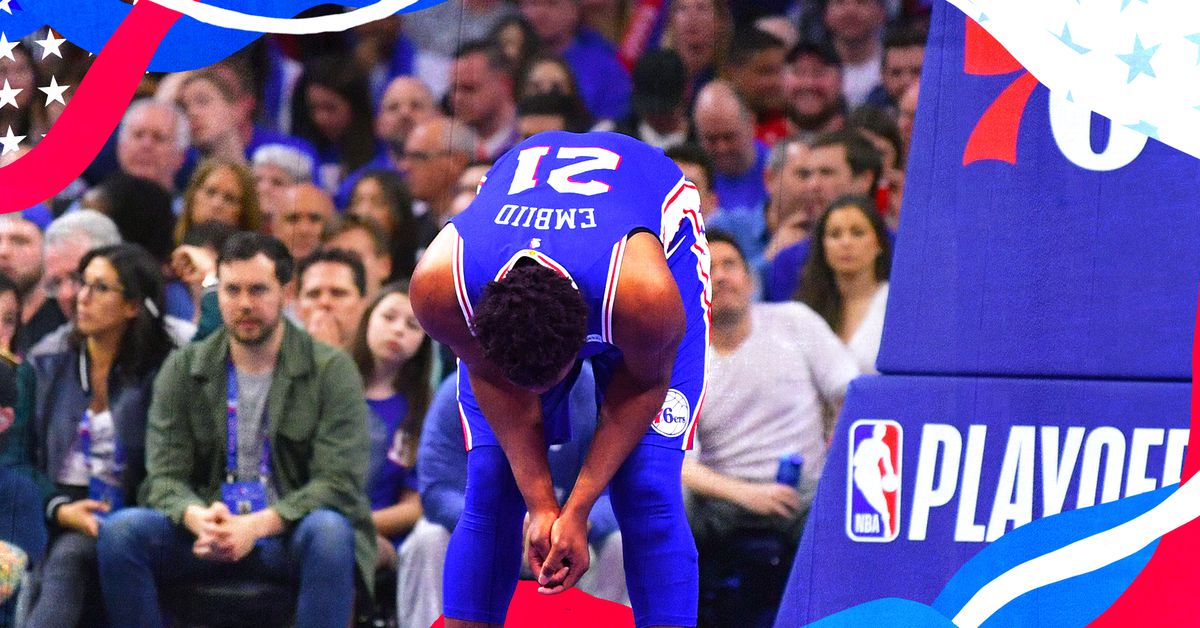 The NBA playoffs define the legacies of great players, yet they’re also when those players often aren’t at their best because of injuries.

Many times, we don’t find out about these injuries until months or years after the fact. At that point, those players’ stories have been written, and whether they succeeded or failed will be framed as a function of their ability and willpower. Injuries, and the role they played, are often forgotten or willfully ignored.

This paradox puts a clear stress on players, stress that has been evident during the 2019 postseason.

Blake Griffin, for example, has been forced to the bench against the Bucks after arguably the best all-around season of his career. Griffin is suffering from a knee injury, and though he played most of the season, he had to sit out of four of the Pistons’ final seven games.

The Pistons don’t have a chance against the Bucks without Griffin. He knows this. And while he understands why the coaches and medical team have decided to keep him out, he certainly doesn’t agree:

“If it was pain, I would easily play with pain. If it was just my decision, I would have played … You sacrifice your body throughout the year, you play with little injuries here and there to get to this point so obviously I’m very frustrated. I feel like I’m leaving my guys out there, but I have to do what our organization, our training staff, our doctors think is best.”

While Griffin is being forced to sit, two other stars in Joel Embiid and Paul George are playing through their respective injuries — Embiid with knee tendonitis, and George with a right shoulder injury. Unlike the Pistons, the Sixers and the Thunder need to go far in the playoffs to justify their season expectations. And these players are not just critical to their teams’ success, but also trying to meet individual demands that have been placed on them.

Embiid has a well-known history of injuries. This particular knee problem has kept him out of the bulk of the Sixers’ games since the all-star break, leaving him both in pain and out of shape, with no time to fix either issue. Everything he does in the playoffs comes within the context of pain he reasonably should not be playing through.

He was a game-time decision in Games 1 and 2 against the Nets, and will be so going forward. When asked whether he could play on Saturday, he said:

”I have no idea. [It’s] just about the pain in my knee. Just got to keep working through it and see how I feel every day, and you never know what’s going to happen.”

In the Thunder’s first game against the Trail Blazers, George had his shoulders taped and was so clearly slowed down by the injury that he went 8-for-24 from the field and a disastrous 4-for-15 on three-pointers. After the loss, George revealed the extent of his injury:

”Four days ago, I couldn’t even lift my shoulder. Fast forward to today, that’s the first day I shot the ball.”

Unfortunately, both the Sixers and the Thunder are dependent on their best players risking their health, even if it means they must play at a sub-optimal level and thereby compound the pressure they already feel.

Fans also add to that pressure. When athletes play well while injured, we, as fans and the media, tend to lionize them. Even though the Celtics lost the series against the Heat, we will forever remember Rajon Rondo playing with a dislocated elbow in Game 3 of the 2011 Eastern Conference Finals. Or Dwyane Wade playing through the 2013 playoffs with his kneecap taped so that he didn’t irritate a bone bruise. Or John Wall trying to play with a fractured wrist in the 2015 Eastern Conference Semifinals. Or LeBron James revealing a cast on his wrist after his Cavaliers were swept by the Warriors in last year’s NBA Finals.

And yet, injury is almost never viewed as a valid reason for failure despite its role in how players perform. We’ve seen so many players play through ailments that whenever it’s suggested that injury may be forcing someone to play below their best, their case is dismissed as an excuse. Everyone is injured in the playoffs, after all. Might as well just get on with it.

It’s true perhaps no professional athlete can ever be considered fully healthy. Performing well throughout the season means being smart about pain management. But after a grueling 82 games, players are worn out, and injuries that were manageable with more chances to rest during the regular season are exacerbated by the gravity and immediacy of the postseason.

When given the chance, players will try to play, even at the detriment of their longterm health. That’s the warrior culture of sports. Pushing through pain is heroic and nothing is more noble than sacrificing your body for the good of the team. Pain is supposedly a mental construct, and conquerable by will.

But players aren’t just acting out of heroism. There’s also the problem of shame, and the bitter pill that a player may have reached the most important stage of the season, only to be failed by their body.

Athletes are put in a no-win situation if they can’t thrive above the pain. If they don’t play well, they might be called selfish for putting personal glory over team success. Yet if they decide to sit, they may be called soft, or labeled as quitters. Their absence and subsequent failure of the team could also dramatically change the outlook of their careers. Kawhi Leonard, for example, split with the Spurs and Spurs fans over disagreement about whether he could play through the pain of his injury.

But dismissing the impact of injuries doesn’t lessen the reality of them. It’s lazy to put so much emphasis on how players perform in the playoffs, exalt them when they play hurt and win, but then not be sympathetic when those injuries cut them down.

Unless the NBA regular season is dramatically shortened, players are going to come into the playoffs hobbled, with some suffering more severely than others. With so much riding on individual superstars, teams and players must to strike a balance between glory and health.

We tend to think of sports in broad heroic terms of talent and determination, but just as much as talent influences outcomes, so does the medical teams’ ability to keep a player’s broken body performing at a high level. That’s not to excuse failures, but to facilitate understanding of the physical ailments these players carry just to make it to the court.

Injuries may come to define these playoffs, as they have in the past. They’re already playing a part in the first few games. If they do, it will be another powerful reminder of how delicate playoff success truly is.