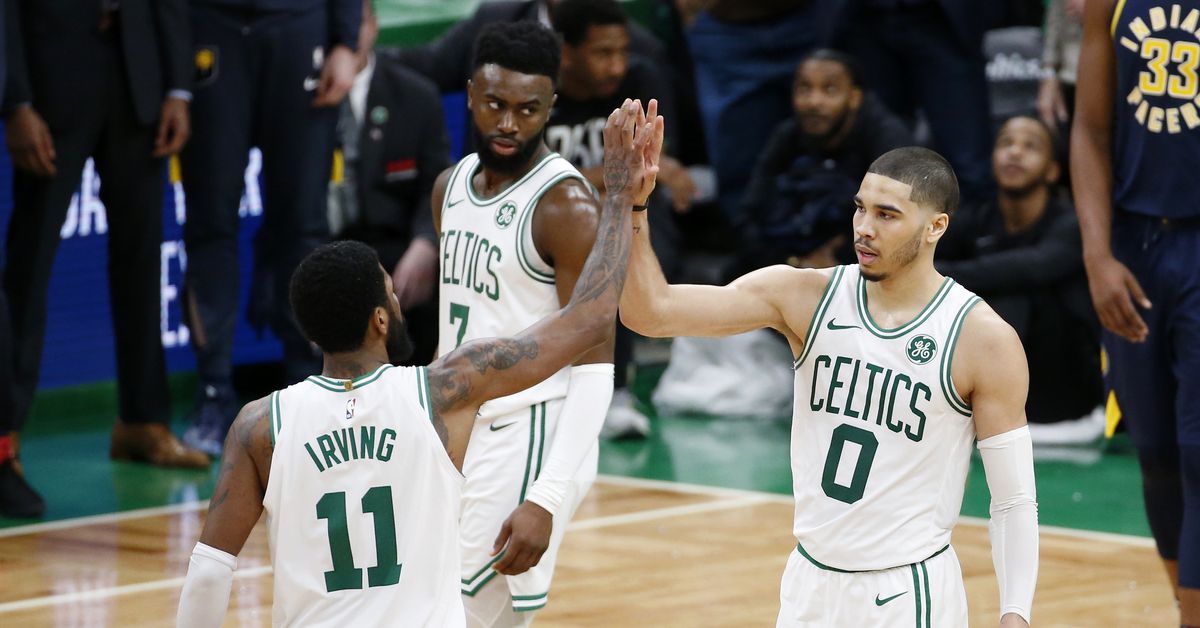 The Boston Celtics’ 99-91 win over the Indiana Pacers in Game 2 of their first-round matchup in the NBA playoffs was settled by a large disparity in the final minute. A Pacers meltdown and sudden Celtics eruption saw a 10-0 run in the final 51 seconds help Boston avenge its 12-point deficit from earlier in the quarter.

Indiana had a stronghold on this game for most of the second half. Bojan Bogdanovic caught fire for 23 points and helped Indiana weather the Kyrie Irving 37-point onslaught. Myles Turner was a defensive hero under the rim, too, and everything was flowing for the superstar-less Pacers team.

What happened in the 51-second meltdown?

Indiana, the team without a true superstar, bizarrely fell into a hero-ball trap. Bogdanovic forced up two contested shots, Wesley Matthews threw up a bad look from distance, and the Pacers hit a wall. They went scoreless in the final two minutes and 15 seconds of the game. Their poor offense persisted on the other end of the floor too as the Celtics became a united group moving the ball into the open man’s hands. This wasn’t the Kyrie takeover some might’ve expected despite his excellent shooting night.

The moment that shook this game wide open was on a Bogdanovic drive to the rim. Indiana’s sweet shooting big dove to the bucket and was inhaled by Al Horford. That play led Jaylen Brown to run in transition and kick to an open Jayson Tatum from distance.

This was a five-point swing showcasing everything that went right for Boston and wrong for Indiana.

From this point on, things got super ugly. With 12 seconds left, Indiana still had an opportunity to tie the game down three points. Embarrassingly, Matthews launched an overhead pass far over the top of Bogdanovic, all but declaring the game over on an unforced error.

Boston then closed the game as the antithesis to the Pacers’ demise yet again. Teamwork saw Gordon Hayward pass out of a trap to Horford, who found a cutting Tatum for an and-one bucket.

It’s a great sign for Celtics fans that their team isn’t only up 2-0 in the series, but they’re up because of Irving’s dominance AND willingness to keep everyone involved. In moments, he needs his space to takeover, but for Boston to truly be who we thought they would be, everyone needs to be involved. Game 2 was proof.