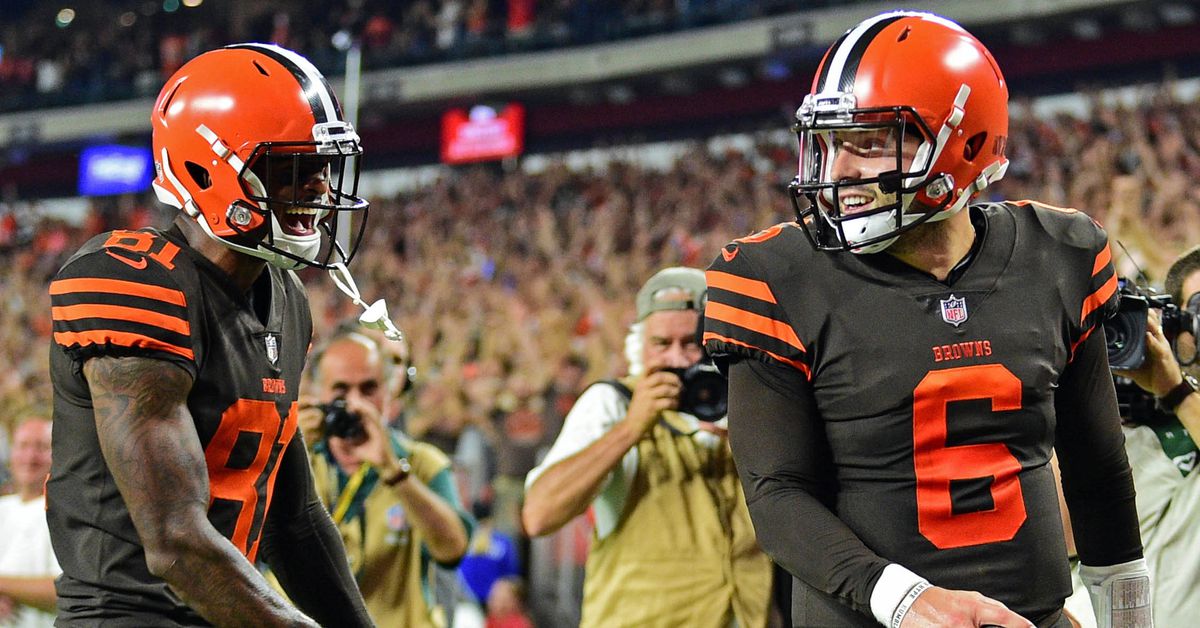 The Cleveland Browns are probably going to be good in 2019. There’s a long list of reasons — including a recent trade for Odell Beckham Jr. — why the Browns should be the most fun team in the NFL, at the very least.

They’re the favorite to win the AFC North, and only five teams have better odds to win Super Bowl 54.

But if you don’t quite believe, that’s perfectly understandable. The Browns have spent decades being absolutely terrible. They haven’t had a playoff victory since January 1995. Even after rookie quarterback Baker Mayfield sparked a winning streak in 2018, the team still finished 7-8-1 — an 11th consecutive losing record.

So the NFL schedule makers satisfied both the fans who are excited about the Browns:

And the ones who are skeptical by letting us all find out together whether or not the team is for real.

By the time the Browns’ Thursday Night Football matchup against the Steelers comes in Week 11 — making it the first time in over a decade Cleveland has four primetime games — we’ll probably already know if they’re the real deal.

Cleveland’s schedule down the stretch is interesting too with five of the last seven games against AFC North opponents. If the Browns want their first division title since 1989 (back in their AFC Central days) they’ll have to finish the season strong like they did in 2018.

The most fun part about the Browns right now is the possibility and potential that they miiiiight actually be great. Is the hype train warranted? Let’s all tune in together for some primetime games early in the season and see.