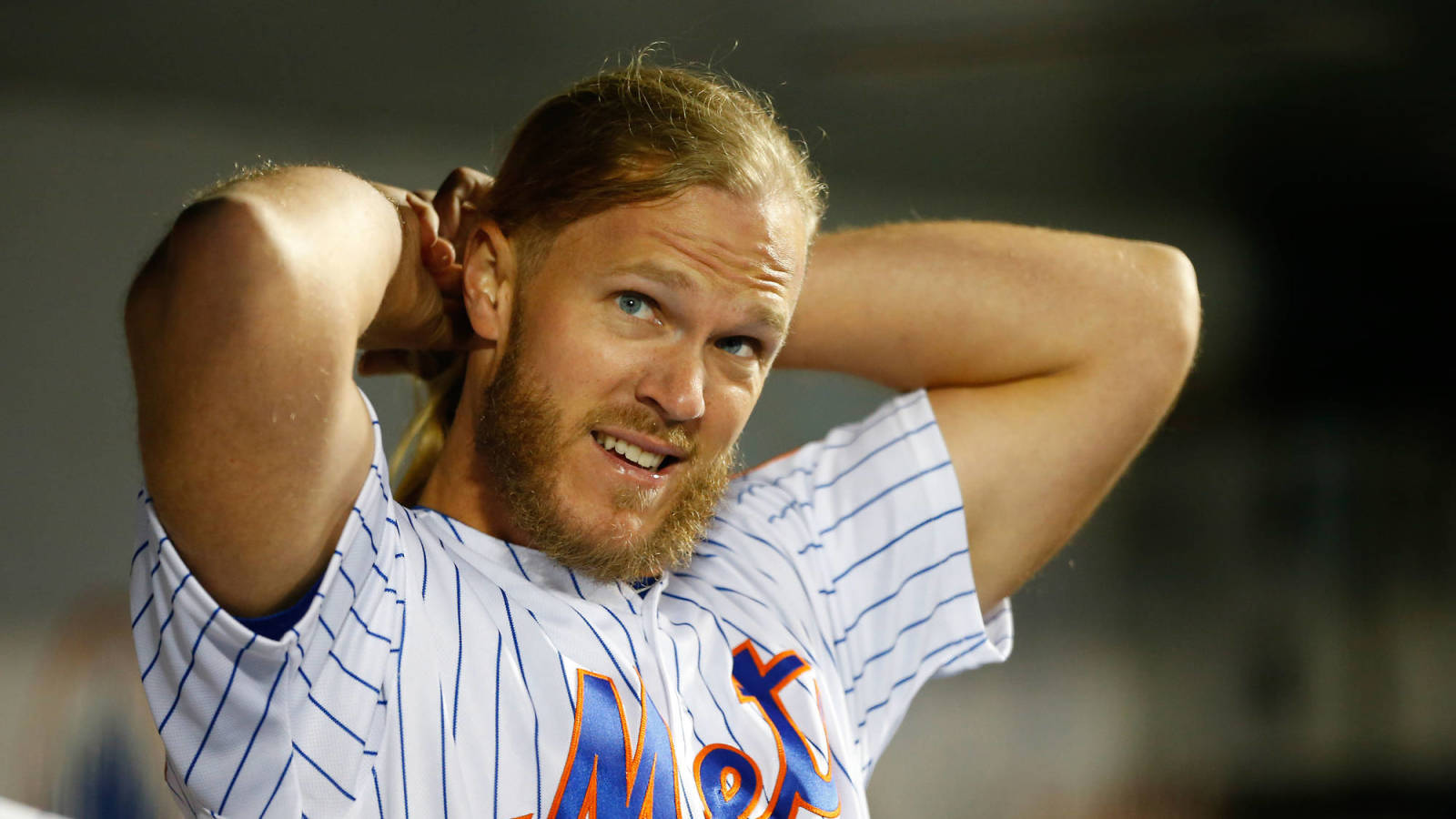 Noah Syndergaard has weighed in on allegations that he may have been using a foreign substance to doctor-up a baseball during Monday’s game against the Philadelphia Phillies.

The New York Mets ace, seemingly aware of the accusation, denied on Wednesday doing any such thing, but was quick to point out the frigid conditions at Citizens Bank Park that night.

“If I were doctoring up the baseballs, I wouldn’t be throwing 86 mph sliders,” said of the allegations following Wednesday’s 3-2 loss to the Phillies, via the New York Post.

During the fifth inning, Syndergaard appeared to take a swipe near the heel of his glove with the middle and index fingers on his pitching hand before applying a grip on the baseball.

The first-pitch temperature was 50 degrees at the ballpark Monday night, and with wind gusts reaching upwards of 24 mph during the game only made for a chillier evening.

Syndergaard made note of the frigid weather when discussing his outing, one in which he surrendered five earned runs on nine hits while striking out nine and walking three in the Mets’ 7-6 win.

“You felt those baseballs, they felt like ice cubes,” Syndergaard said. “Watch a video of a dog trying to pick up an ice cube, that’s what it was like.”

Pitchers are technically banned from applying any foreign substance — including pine tar, which some suspected Syndergaard of using — to a baseball.

However, those rules are rarely enforced unless the opposing team registers a complaint. Since the Phillies did not do so, it’s unlikely Major League Baseball will investigate the matter any further.