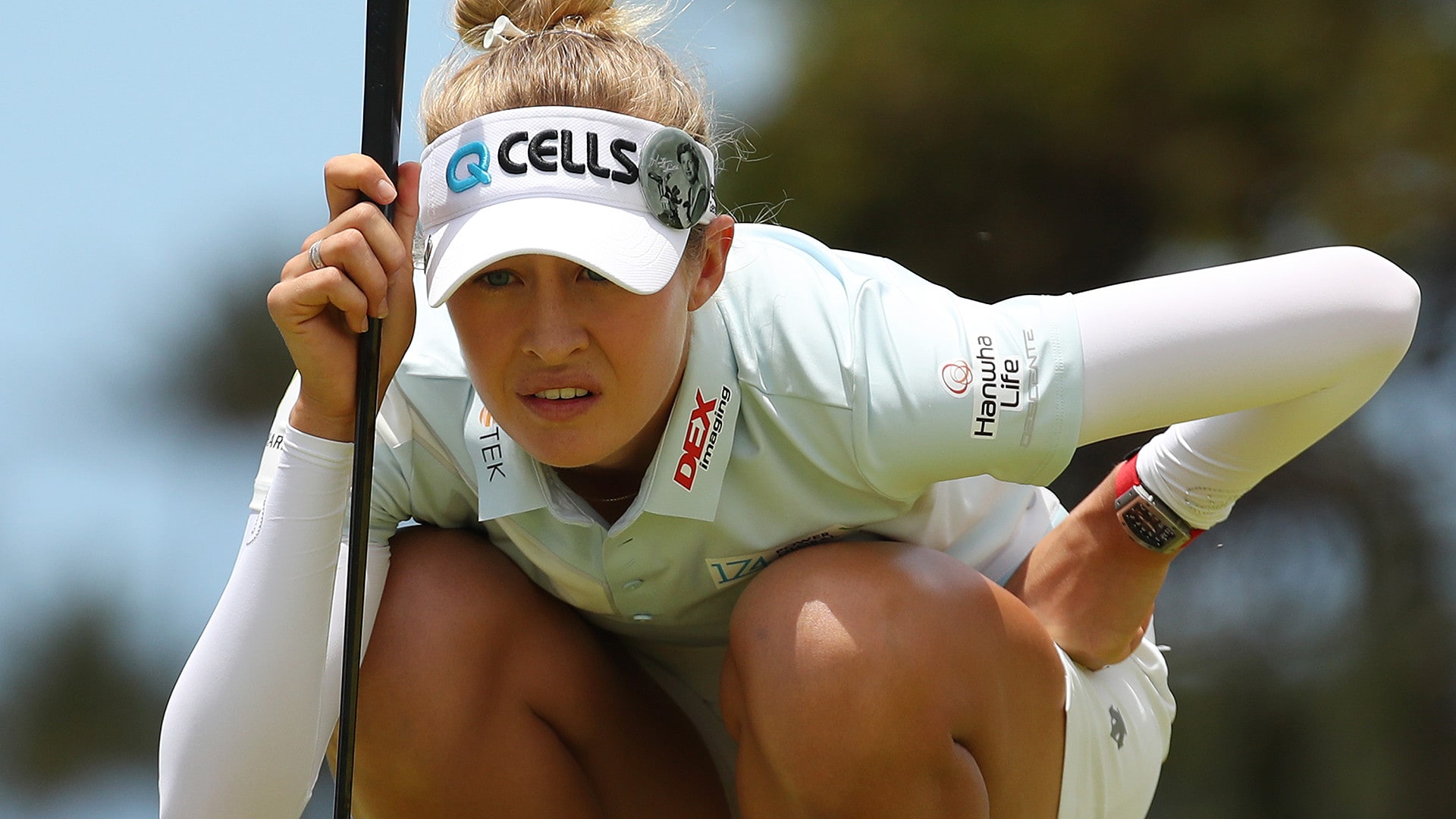 KAPOLEI, Hawaii – Eun-Hee Ji rebounded from a bogey on the par-4 18th with a pitch-in eagle on the par-5 first and shot a 7-under 65 to take a two-stroke lead over Nelly Korda on Thursday in the Lotte Championship.

Ji had a 15-under 129 total to break the tournament 36-hole record by five strokes.

”I think it was lucky (today),” Ji said. ”I had to chip it in three times. Makes a lot of difference for me.”

She played her final nine in the afternoon at Ko Olina in 6-under 30, following the eagle with birdies on four of the next seven holes.

”I just kept focus on my game,” Ji said. ”I hit it well and made a lot of putts from there. That makes it a lot different.”

The 32-year-old South Korean won the season-opening Diamond Resorts Tournament of Champions in January in Florida for her fifth LPGA tour title. Her biggest victory came in the 2009 U.S. Women’s Open.

Korda birdied four of her final five in the breezy morning session in a 68, also finishing on No. 9.

”It was completely different to yesterday,” Korda said. ”I actually experienced Hawaii weather today. It was tough. I didn’t hit every shot perfect. I had a couple bogeys. But I ended up playing pretty solid today.”

The 20-year-old American won the Women’s Australian Open in February for her second LPGA tour title. She opened the season with five straight top-10 finishes before tying for 52nd two weeks ago in the major ANA Inspiration.

Defending champion Brooke Henderson (68) and 2016 winner Minjee Lee (68) were tied for third at 11 under. If the 21-year-old Henderson claims her eighth LPGA title Saturday, she will tie Sandra Post’s record for victories by a Canadian. Henderson and Korda played junior golf together.

”It’s pretty cool to have us both make it this far on tour,” Henderson said. ”Growing up playing junior events together I think this was both of our dreams, so it’s pretty cool to come out here and have it be a reality every single day.”

Michelle Wie shot her second straight 77 to finish ahead of only one of the 143 players to complete two rounds. The 2014 winner in her home event, she has struggled with pain in her right hand following offseason surgery.