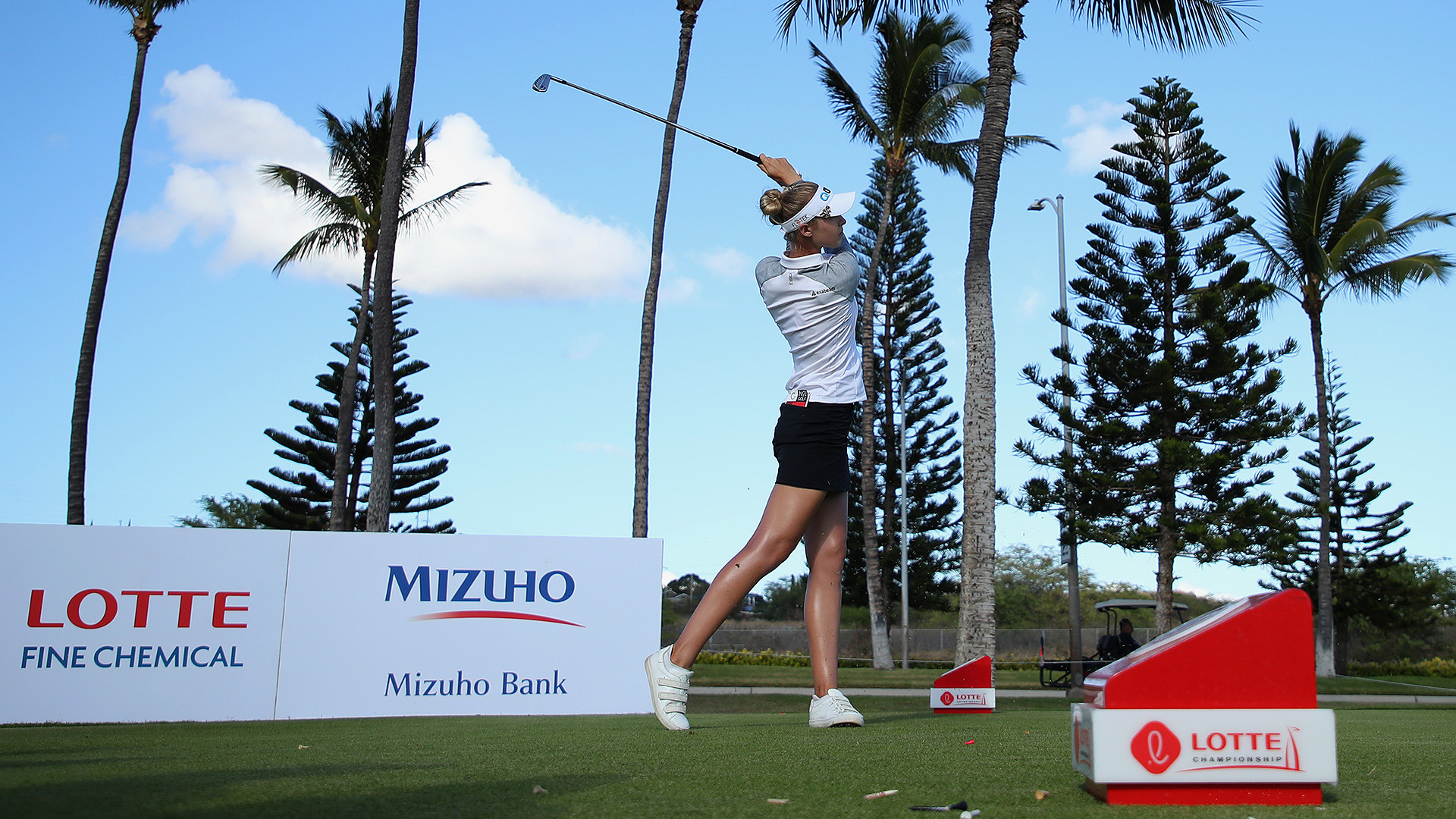 Korda rolled in the last of her nine birdies at the 18th in a bogey-free round of 63 Wednesday for a one-shot lead after the opening round of the Lotte Championship at Ko Olina Golf Club.

”I got here Saturday and I swear I couldn’t even walk because it was so windy,” said Korda, who is making her Lotte debut. ”But I like the place. Everyone is really friendly and it just feels good to be here.”

Eun-Hee Ji birdied six of the final eight holes for an 8-under 64.

Ji won the season-opening Diamond Resorts Tournament of Champions for her fifth LPGA Tour victory. The 2009 U.S. Women’s Open champion also had a bogey-free round

Ji has played in all eight Lotte events, never shooting lower than 66 before Wednesday. She admitted she was uncomfortable in the wind and surprised at how peaceful it was in paradise.

”It’s always windy out here,” Ji said. ”But today was no wind and this course, a lot of changes if no wind, so that makes it little easier today.”

Defending champion Brooke Henderson and Hyejin Choi, playing on a sponsor exemption, are two shots back.

Henderson won last year in wind gusts of 30 mph. On Wednesday, she offset her only bogey by chipping in for eagle on the 15th.

”I think I was able to use some of that strategy from last year this year,” Henderson said, ”which is a big help.”

Ji turns 33 next month, making her the oldest LPGA winner this year. Korda, who turns 21 in July, was one of the youngest when she snagged her second win in February in Australia.

In her third LPGA season, she is now No. 10 in the Rolex Rankings and has five top 10s in six starts this year. She also leads the tour in birdies.

Hannah Green, of Australia, who holed out for eagle from just inside 100 yards on the third hole, is tied for fifth at 66 with So Yeon Ryu of South Korea.

Jin Young Ko, the new No. 1 after winning two of her last three starts, finished at 69. She is coming off a victory at the year’s first major and has finished outside the top five just once in her last six starts.

Kim Kaufman had a hole-in-one on the fourth hole – the first of her six-year LPGA career. She shot 71.

Hawaii’s Michelle Wie – the 2014 Lotte champion who is coming back from a wrist injury – shot 77.

”Just coming back, some shots are going to hurt,” Wie said. ”Trying to figure my way around that and just trying to get back in the swing of playing again.”