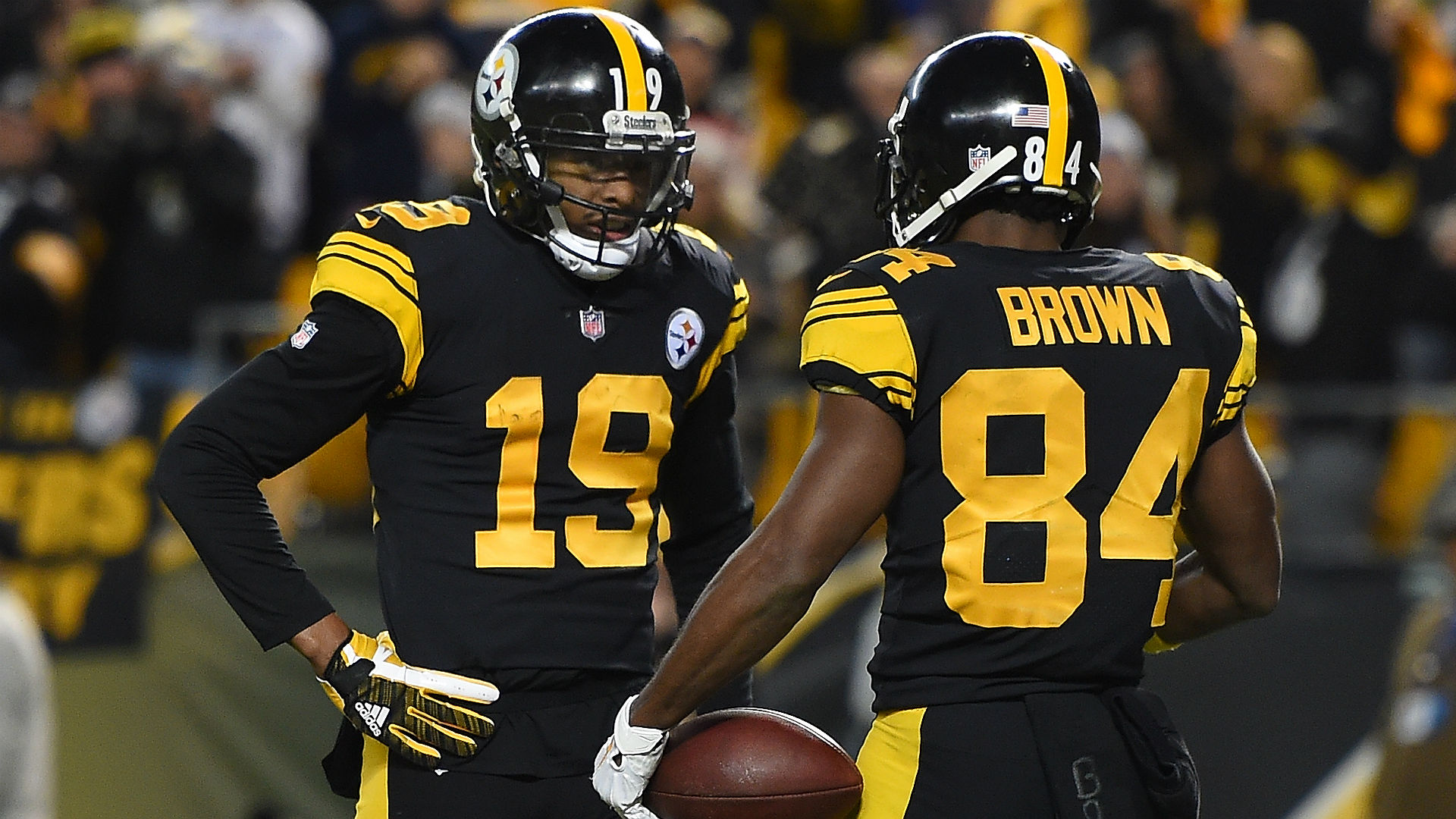 JuJu Smith-Schuster was recently the unsuspected target of an Antonio Brown rant regarding his last season in Pittsburgh, but appears to be well over his former teammate’s antics.

The third-year wide receiver on Wednesday tweeted a picture of Steelers great Hines Ward, with himself photoshopped next to him and a caption that left fans reading between the lines.

“Wish I could go back in time to play on the same field as this dude, legend!” he wrote.

Many of Smith-Schuster’s Twitter followers were left asking if this was some kind of a shot at Brown though it is unclear if that is what the wide receiver’s intenions were.

But the two have had an interesting relationship as of late.

A feud started earlier this month when Brown wrote on Twitter: “Keep your emotions off the internet.”

He then took an ironic jab at Smith-Schuster after a fan reminded Brown he wasn’t voted the Steelers’ MVP.

Emotion: boy fumbled the whole post season in the biggest game of year ! Everyone went blind to busy making guys famous not enough reality these days ! ?? by the way check the list https://t.co/2SWWT8k0jx

But Smith-Schuster, confused by the “shots” Brown took at him, opted to take the high road.

Brown’s outburst only fuels speculation from a January report, indicating his frustration with the team was sparked because he wasn’t voted MVP.