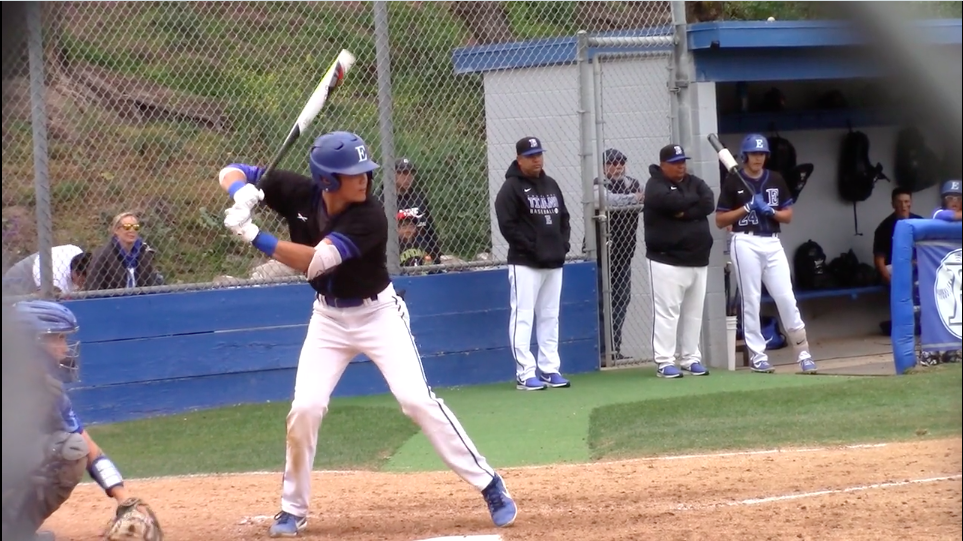 Notes
After two middling starts to kick off his season, Thorpe was dominant yesterday and K’d 12 of the 22 hitters he faced, all on either a fastball at the letters or with a curveball beneath the strike zone. He has quite the injury history (including a two-year stretch where he didn’t pitch at all) and it has impact on how the industry perceives him, which is why he’ll be ranked a bit beneath where he would otherwise be based on his stuff and proximity to the majors. But Thorpe has been consistently healthy since May of 2017, which may begin to allay concerns.

Notes
The Dodgers have done well drafting and developing college power/speed hitters who are athletically stiff, have some swing and miss issues, or both. Thomas, who will be an interesting Rule 5 case this offseason, is one of these. He’s striking out a lot as a 24-year-old at Double-A, but some teams may view the context of his performance differently because Thomas was a two-sport college athlete who hasn’t focused on baseball for as long as other prospects his age. The Dodgers will need to add several other players from Thomas’ draft class to the 40-man (Will Smith, Mitch White, Jordan Sheffield, Tony Gonsolin), so Thomas would seem to be a candidate for trade if a team loves the tools, ability to lift the baseball, and has some 40-man space/time to spare to let him develop further.

Notes
Cleveland outfielders, aside from Leonys Martin, are struggling right now. Mercado has begun to heat up at Triple-A with hits in five consecutive games. If he starts seeing more time in a corner, it may be an indication a call-up is imminent, because he’s not supplanting Martin in Cleveland’s center field. He’s only started 23 games in either left or right field during his career, and it might behoove Cleveland to get him more acclimated.

Notes
The Hosmer and Machado deals almost certainly make France a burgeoning trade chip. He’s exactly the kind of hitter to whom the PCL is extra nice, but he’s hit at every level since college and, save for one season, has also hit for power, and his current SLG% is more caricature than mirage. France also had a great spring with the big league club and is on the 40-man, so he’s likely to debut this year if one of the big league corner bats gets hurt, though San Diego might view that as a way to clear their outfield logjam by playing Wil Myers in the infield again.

Notes
A quintessential Houston four-seam/curveball pitching prospect, Ivey at least projects as a good multi-inning reliever and his four-pitch mix gives him a great chance to start. He was ejected two innings into his last start for having a foreign substance on his glove. He’s a sleeper 2020 Top 100 candidate.

More on Keoni Cavaco
There’s background on Cavaco in yesterday’s Notes. I saw him again yesterday against Torrey Pines High School and he had a tough day at the plate, swinging over multiple changeups from TPH’s funky lefty starter. There are going to be questions about his hit tool because of both the swing (inconsistent, arguably ineffectual stride length, odd hand path) and his lack of track record against elite high school pitching, and maybe about what his ultimate defensive position will be, but he’ll be somebody’s toolsy sandwich round pick.

Also of note from the game was Torrey Pines CF Mac Bingham, a 2019 committed to USC. He’s a strong, compact 5-foot-10, 185, and was the football team’s running back in the fall. He made strong contact with two hittable pitches, and ran a 55 time from home to first while legging out a double. The frame makes the power projection less exciting and one area scout told me the general consensus is that Bingham will go to school, but he’s at least an interesting, tools-based follow for 2022 if he does.