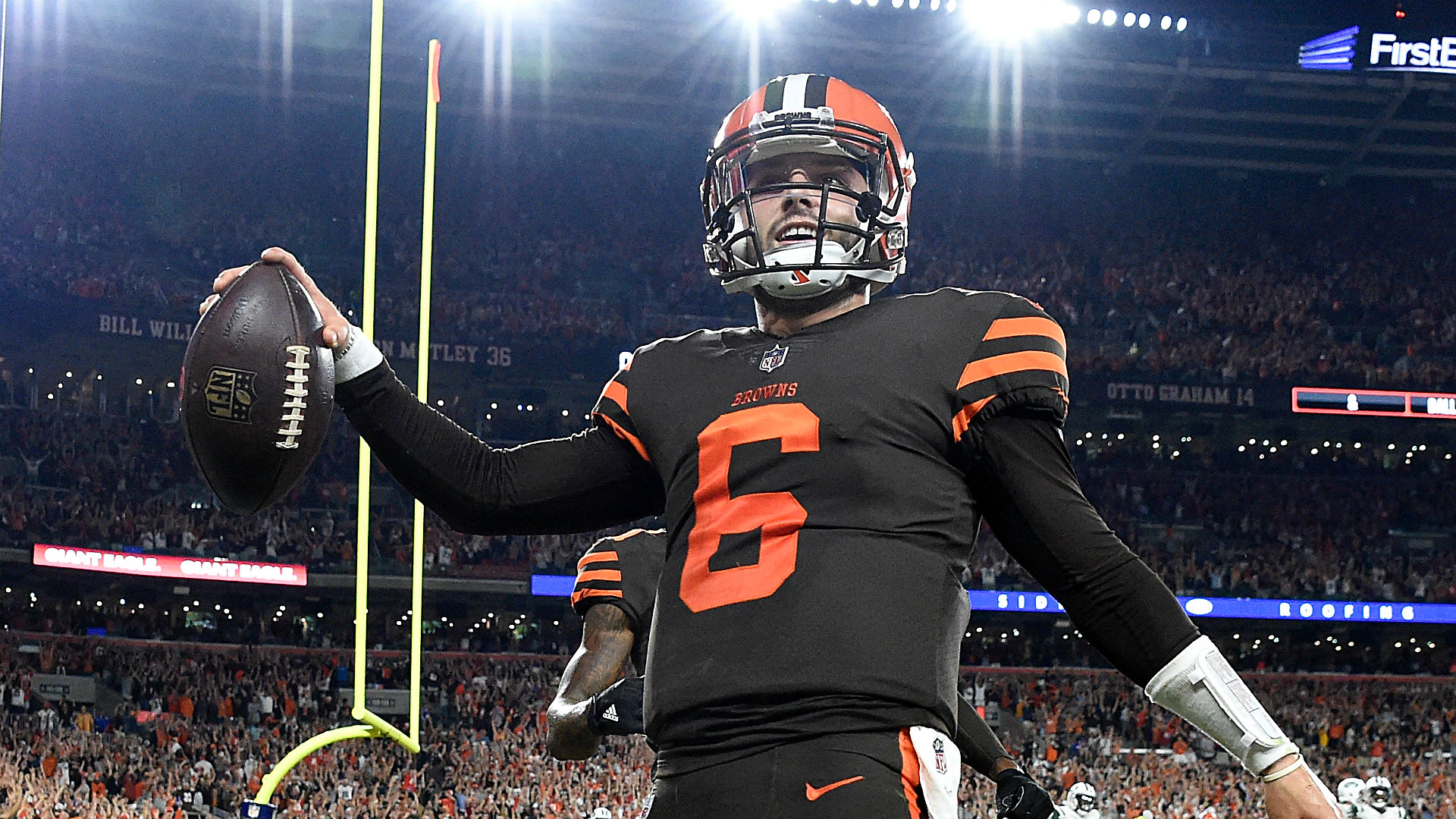 With Baker Mayfield, Odell Beckham Jr., Myles Garrett and a city buzzing with the most offseason hype in the NFL, we knew the Browns would be in prime time more often in the 2019 regular season.

Now that Cleveland has been given four night games, we’re going to find out if it is truly ready for prime time. Each of those games will build toward the moment of truth on Dec. 1, a matchup that could signify a changing of the guard – or an end to the hype.

There’s good reason to be curious about Cleveland, mostly because it doesn’t have much prime-time experience since returning to the NFL in 1999. Since NBC started the “Sunday Night Football” franchise in 2006, it has been on it just once – a 10-6 loss to Pittsburgh on Sept. 14, 2008.

A Thursday is when this prime-time fascination started. On Sept. 20, 2018, Mayfield replaced an injured Tyrod Taylor and led the Browns to a 21-17 victory over the Jets for their first victory since the 2016 season. Last Dec. 15 – a Saturday – Mayfield led them to a 17-16 victory over the Broncos, their first win in Denver since 1990.

The offseason buzz created by general manager John Dorsey, first-year coach Freddie Kitchens and a loaded roster made the scheduling easy. The Browns will open at home against Tennessee; the prime-time fun will get started right after that.

Every one of these games is huge for the Browns.

On Sept. 16, they’ll travel to MetLife Stadium for “Monday Night Football” and a quasi-return for Beckham against the Jets. Mayfield and Sam Darnold will square off again, and the Jets will show off their big offseason acquisition, Le’Veon Bell. That’s a bigger statement game than it looks considering Cleveland finished 2-6 on the road last season.

PRIME-TIME SLATE: All the Sunday, Monday and Thursday games

Six days later, Cleveland will welcome the defending NFC champion Los Angeles Rams to FirstEnergy Stadium – in what should be a frenzied atmosphere – in a battle of No. 1 overall picks. Mayfield and Jared Goff should put on a show in that game.

In Week 5, the Browns will play on “Monday Night Football” at San Francisco, a team that also was in the Beckham sweepstakes and was the “it” team of the 2018 offseason. That didn’t work out because of Jimmy Garoppolo’s season-ending knee injury.

That’s three prime-time games in five weeks. We’ll know more than enough about Cleveland by then, but those early games will build up to the “Thursday Night Football” game on Nov. 14 vs. Pittsburgh, and then the rematch 17 days later at Heinz Field. The Steelers are the one AFC North team Cleveland didn’t beat last season. In fact, Ben Roethlisberger is 22-2-1 against the Browns as a starter. That is the team Mayfield must beat to show the hype is real.

If Cleveland wins three of the four in prime time, then it can print playoff tickets. If it wins one or none, you’ll have to wonder if this team is ready for the bright lights. Keep in mind, too, that in-state neighbor Cincinnati is 0-11 on “Sunday Night Football.” It’s doubtful that the Week 17 Browns-Bengals matchup will be flexed to “SNF,” but if it is, then you’ll know the AFC North is at stake.

Will Cleveland be ready for prime time? We’re not sure, even if we are certain of one thing:

We can’t wait to see it.