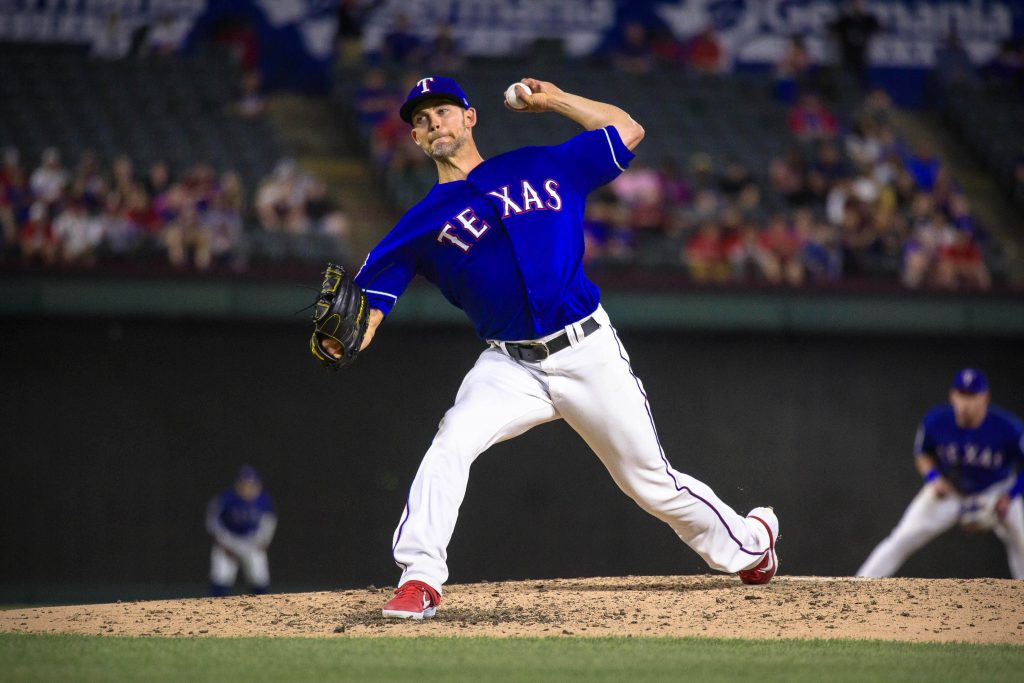 The Rangers received offseason trade interest in lefty Mike Minor but opted to hang onto him to help anchor a thin rotation in 2019. And while USA Today’s Bob Nightengale tweeted recently that both the Mets and Phillies are showing “strong” interest in Minor, Evan Grant of the Dallas Morning News cites three sources in reporting that the Texas organization hasn’t had any recent trade talks regarding the left-hander. It’s likely that the Phillies and Mets have each scouted Minor’s early outings, but other clubs have surely done the same, just as Philadelphia and New York have quite likely scouted numerous other starting pitchers.

For the Rangers, it’s difficult to envision trading Minor to the Mets, Phillies or any other team so early in the year — particularly given their own thin rotation. Minor, earning $9.5MM in both 2019 and 2020, will likely be an oft-discussed trade candidate later this summer, when a greater number of motivated buyers is willing to make an offer (and when additional replacement options have potentially emerged within the organization). At present, however, a trade of that magnitude seems unlikely.

Here’s more from the American League…