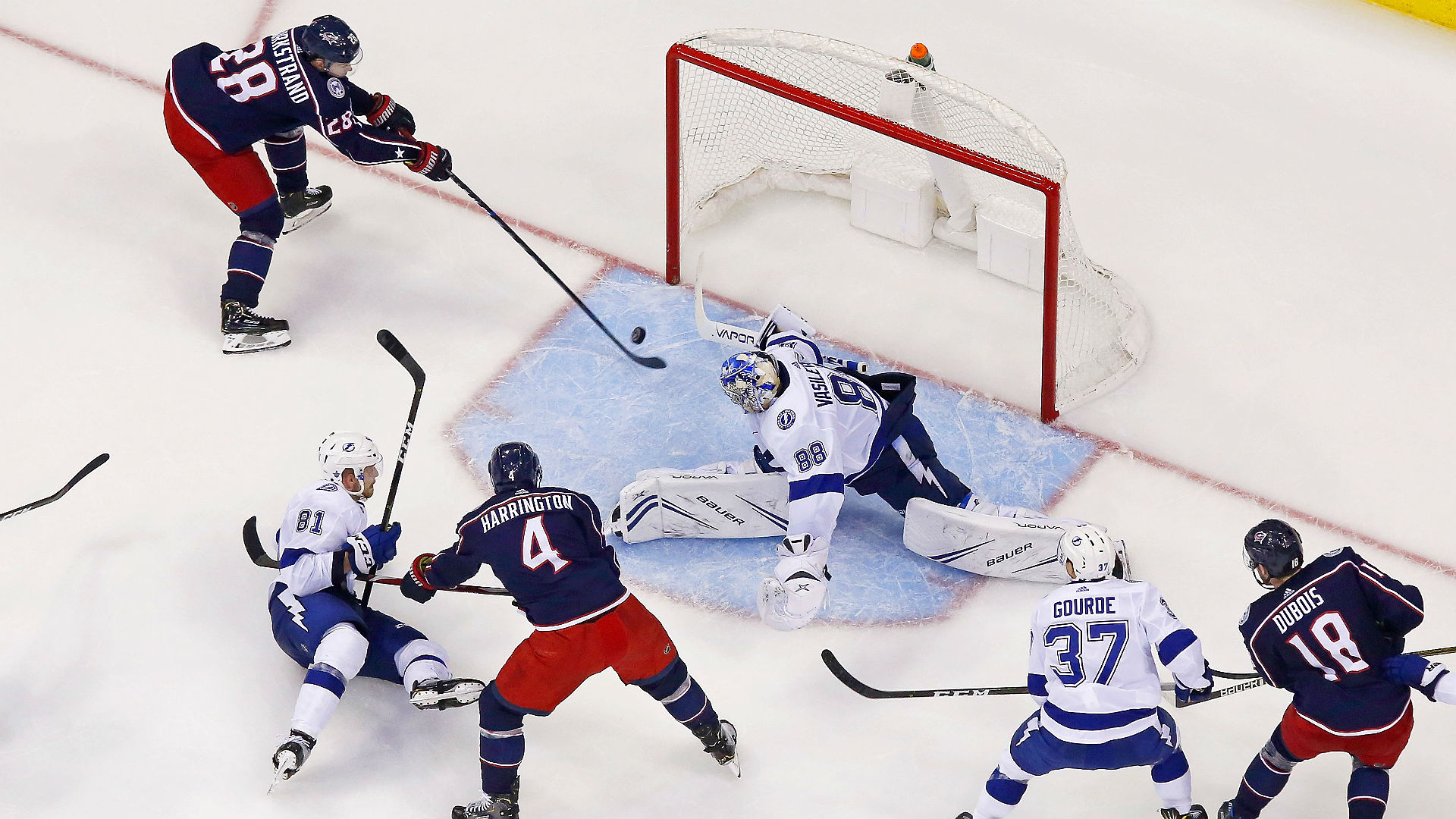 The Blue Jackets completed a first-round sweep of the top-seeded Lightning on Tuesday with a 7-3 victory at Nationwide Arena.

Tampa Bay entered the playoffs as the heavy favorite to take home the Stanley Cup as it had one of the best regular seasons ever. But, it was shockingly overpowered by Columbus in one of the biggest upsets in NHL history.

Lightning coach Jon Cooper discussed his team’s surprising ouster when he met with reporters after the loss.

“You have a historic regular season doing what we did and have basically a historic playoff in defeat,” Cooper said. “Our guys battled hard. Six days in April, Columbus played better than we did. That was it.”

The Lightning tied the league record for the most wins in a season, averaged 3.96 goals per game — the highest mark since 1996 — and tallied 30 road victories. Almost everyone expected them to play deep into the postseason. That, however, did not happen.

“Probably disappointed more than anything,” Cooper said. “When you get to the playoffs, half the teams in the league are out. Everybody in the playoffs is good. They’ve earned their way here. In today’s game, with the parity, it’s not unusual that an eight (seed) beats a one (seed) anymore. Everybody is that close.”

Lightning defenseman Ryan McDonagh tallied nine goals and 37 assists during the regular season yet he failed to record a point in the four games against the Blue Jackets.

“It’s tough to pinpoint one thing,” McDonagh said. “We hurt ourselves in a lot of different fashions. Strengths of ours that were keys to us winning in the regular season, we didn’t get it done in this series.

“You can only talk so much, you’ve got to go out and perform. As a group, we didn’t go out there and perform. That’s what happened.”

It was the first postseason series victory for the Blue Jackets in franchise.