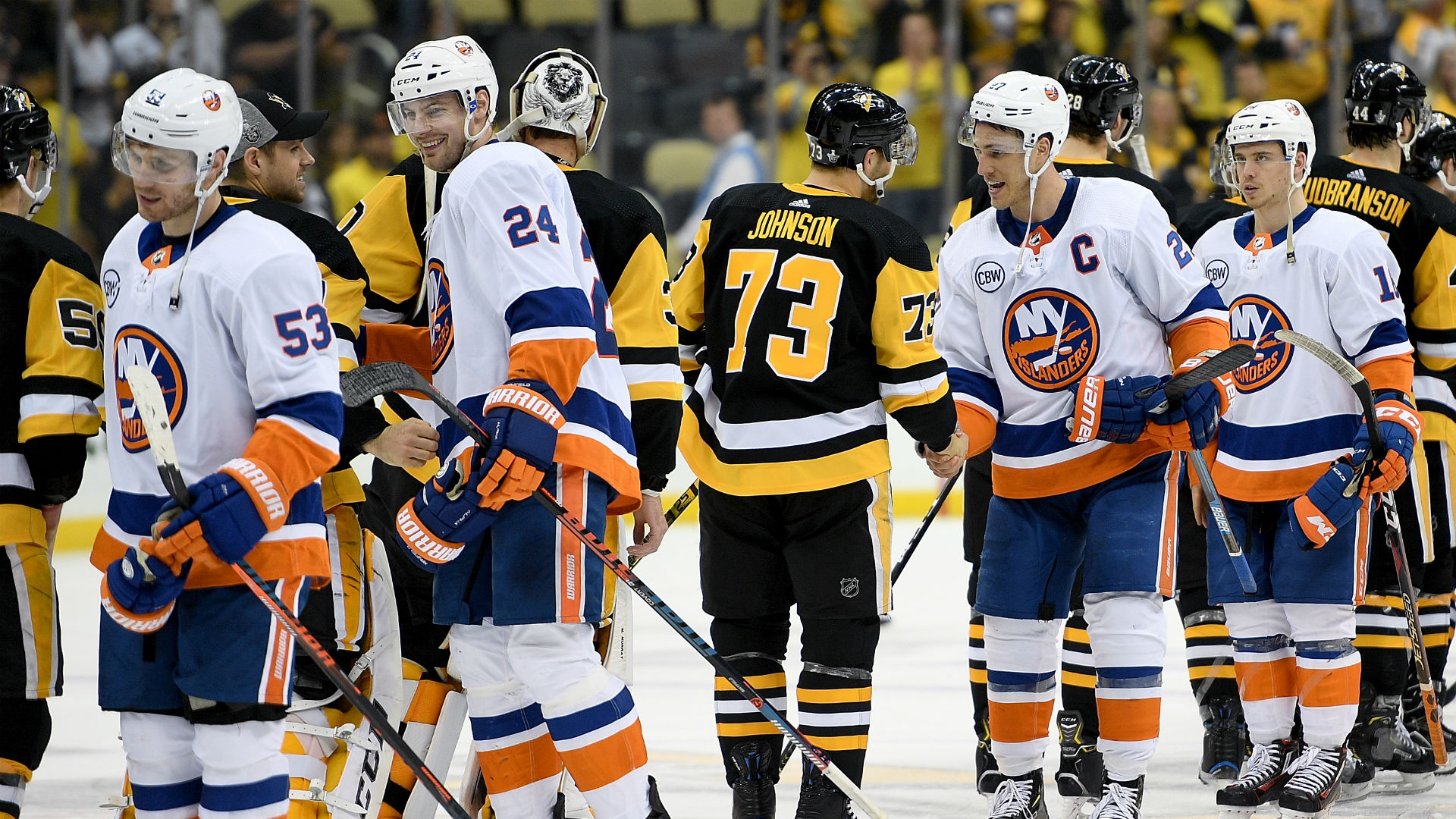 For the first time since they clinched the 1983 Stanley Cup, the New York Islanders have swept a postseason series.

New York defeated the Pittsburgh Penguins 3-1 at PPG Paints Arena Tuesday night to continue their improbable run. Not expected to compete for a postseason spot this season — much less complete a sweep of the team that has won two of the last three Stanley Cups — the Islanders became the first team to sweep Pittsburgh out of the playoffs since the Blackhawks in 1972.

“We have come a long way,” Islanders captain Anders Lee said postgame. “Obviously, nobody predicted this.”

Forward Jake Guentzel set the tempo early, scoring the Penguins’ first goal just 35 seconds into the game. However, much like the rest of the series, the Islanders wasted no time in tying the game as Jordan Eberle scored 1:34 later to tie the game at 1-1.

Eberle scored one goal in each of the series four games and his six points are the fourth-most in the postseason, trailing Mark Stone and Paul Stasny (eight) and Matt Duchene (seven).

Jordan Eberle of the @NYIslanders is the third player in the last seven years to score in each of his team’s first four games of a postseason.

Later in the opening period, Brock Nelson tallied his third goal of the series, giving the Islanders a lead they would not relinquish. Josh Bailey added an empty-net insurance goal with 38 seconds left in the game to seal the win.

The Islanders limited the Penguins to just six goals in series, a byproduct of goalie Robin Lehner’s solid play.

The series-clinching win was not without its setbacks as the Islanders lost a pair of defensemen to injury. Johnny Boychuk took a Marcus Pettersson slap shot off his left leg seven minutes into the second period. Cal Clutterbuck left the game later in the period after he checked Penguins winger Bryan Rust. Neither man returned to the game, forcing the Islanders to hang on to their lead in the third period shorthanded.

Islanders head coach Barry Trotz could not provide an update on either player postgame. However, now that the Islanders have advanced, they will face either the Carolina Hurricanes or the Washington Capitals in the next round.

If the Capitals can build on a 2-1 series and advance, that sets the stage for Trotz to coach against the team he led to the Stanley Cup last season.