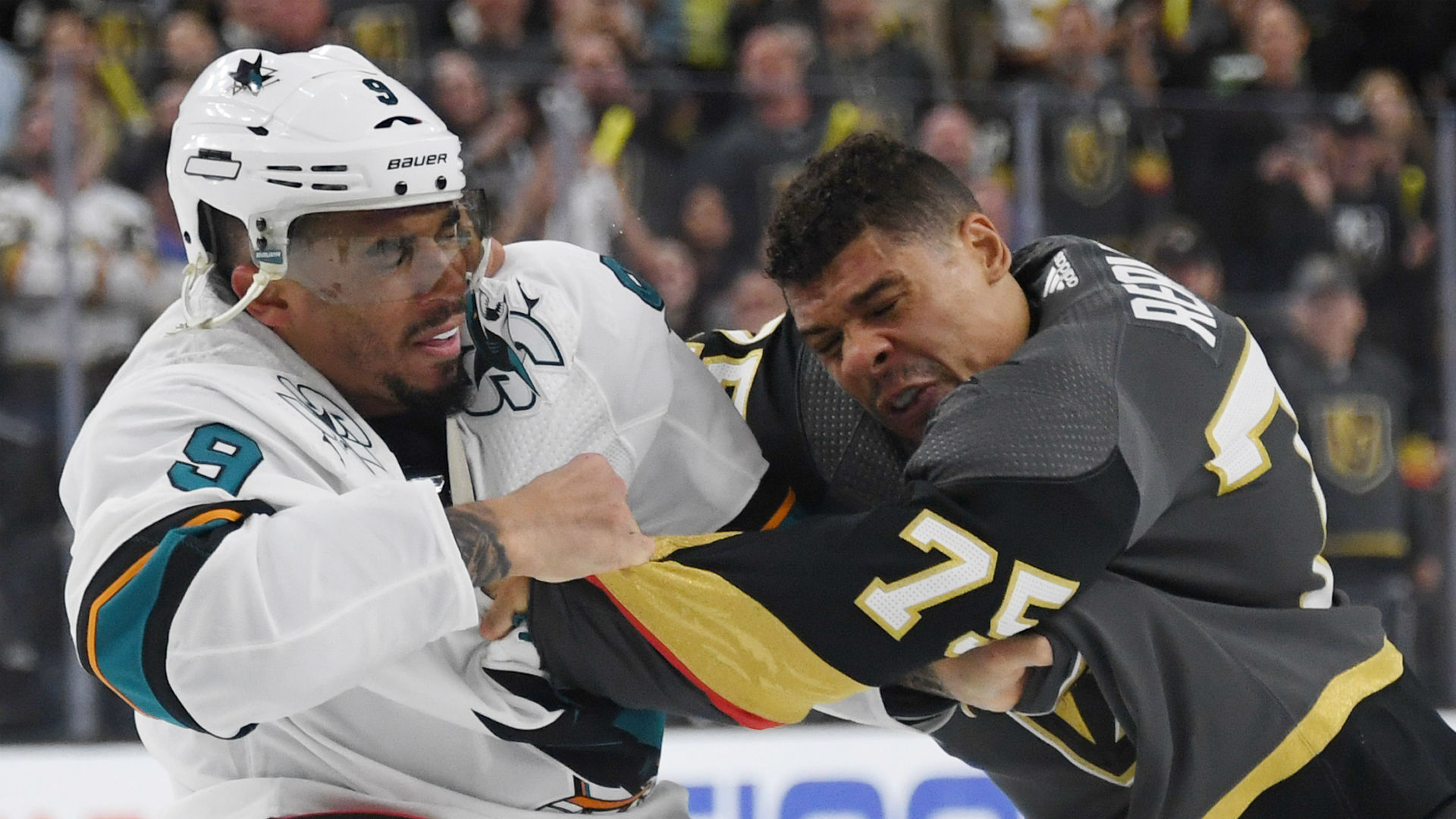 Evander Kane thinks Ryan Reaves belongs in WWE, but on Tuesday, the San Jose Sharks winger was the one throwing punches.

About halfway through the third period, Kane cross-checked Golden Knights center Paul Stastny, and then followed that up with a left-handed sucker punch of Colin Miller. Kane’s actions earned him an early ejection from the Sharks’ 5-0 Game 4 loss to Vegas, which put San Jose in a 3-1 hole in their first-round Stanley Cup playoff series.

Kane, who fought Ryan Reaves in Game 3 and compared the combat to “fighting the muffin man,” skated off to “Baby Shark” and “Do You Know The Muffin Man?” blaring through T-Mobile Arena in Las Vegas.

Evander Kane gets ejected. @GoldenKnights lose their minds. “Baby Shark” and “Do You Know the Muffin Man” play over the speakers ? pic.twitter.com/zOdJCa9j66

The 27-year-old Kane has tallied three points (one goal, two assists) in the series, but his fighting and subsequent comments have generated the most attention around the Sharks, who are one loss away from elimination.

It’s possible that Kane won’t play again in this series, because he could be facing a suspension for punching Miller. There has been an abundance of suspensions in this year’s postseason: The Maple Leafs’ Nazem Kadri was suspended for the remainder of Toronto’s first-round series; Nikita Kucherov was suspended for Game 2 for the newly eliminated Tampa Bay Lightning; and Kane’s teammate Joe Thornton missed Game 4 because of an illegal check.