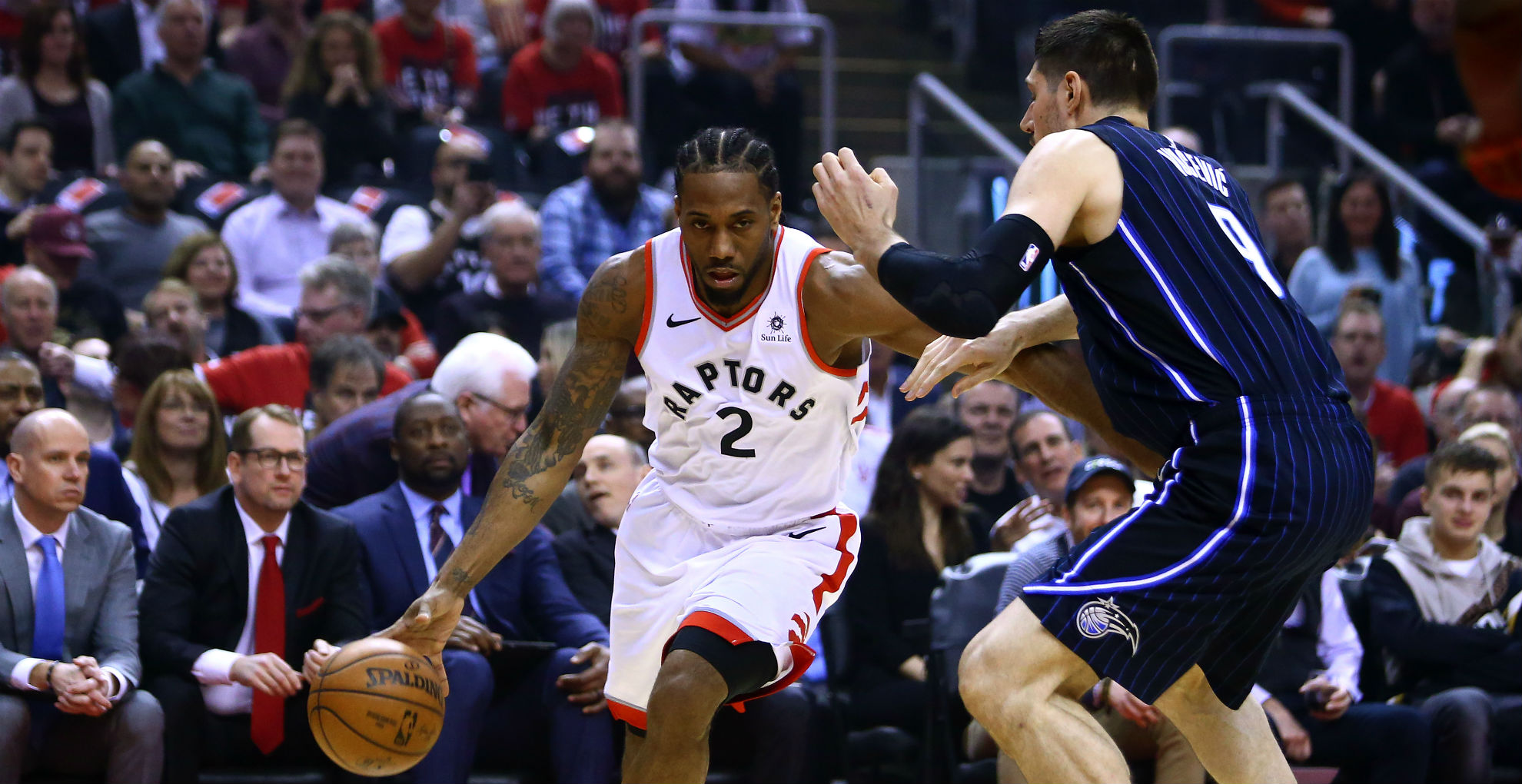 The Raptors responded to their Game 1 loss with a 111-82 victory over the Magic on Tuesday.

Leonard exploded for a game-high 37 points on 15-of-22 shooting and was relentless in his pursuit of the hoop.

Aaron Gordon led the overwhelmed Magic in scoring, totaling 20 points while most of his teammates struggled from the field.

Now the series is knotted up at 1-1 as the two squads head to Orlando for Game 3.

Meanwhile, the Nuggets were upset by the Spurs in Game 1, but also found their footing in Game 2.

Although Denver trailed by seven entering the final frame, it outscored San Antonio by 16 to secure a 114-105 victory.

Four of the Nuggets’ five starters scored at least 20 points, and they were led by Jamal Murray, who had a team-high 24.

DeMar DeRozan led the Spurs with a game-high 31 points.

San Antonio will likely make some adjustments to prevent a late game surge in Game 3 at home.

Elsewhere, Portland put Oklahoma City in a deeper hole with its 114-94 victory in Game 2.

The Trail Blazers had lost 10 straight playoff games entering the series, but have now won two straight and have a 2-0 lead over the Thunder.

Damian Lillard and CJ McCollum were crazy efficient and combined for 62 points on 22-of-43 shooting.

Their scoring helped push Portland ahead after it was tied with Oklahoma City at the break.

Paul George led the Thunder with 27 points, but they still struggled shooting from deep.

Kyle Lowry bounced back from a scoreless Game 1 outing with 22 points and seven assists for Toronto.

LaMarcus Aldridge totaled 24 points and eight rebounds for the Spurs.

Jonathan Isaac scored five points on 1-of-8 shooting for the Magic.

Russell Westbrook flirted with a triple-double, but made just five of his 20 shot attempts.

McCollum blew by the Thunder and finished with a scoop shot off the glass.

CJ up to 11 PTS EARLY on @NBAonTNT. #NBAPlayoffs pic.twitter.com/oiK4JAVPeG

Lillard shook off Raymond Felton for a buzzer beater 3-pointer to end the third.

Jazz at Rockets 9:30 p.m. ET — Utah was blown away by Houston in Game 1. Its defensive strategy to contain James Harden was full of holes. The Jazz will have to showcase some serious adjustments to stop the Rockets from running away with the series.