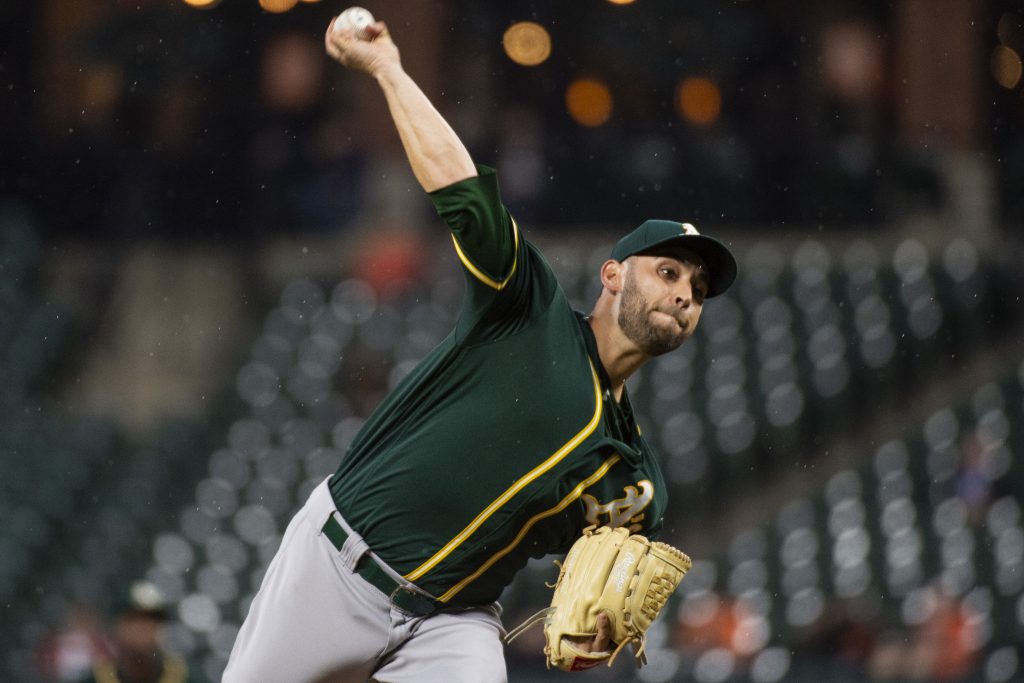 The A’s announced Wednesday that they’ve placed righty Marco Estrada on the 10-day injured list due to a lumbar strain in his back. Fellow right-hander Chris Bassitt is coming up from Triple-A Las Vegas to take his spot on the roster and figures to be an option to step into in the rotation as well.

There’s no word yet on just how long Estrada is expected to miss, although the 35-year-old has a history of back issues in recent seasons. Estrada has twice missed time in the past due to back troubles and has pitched through a herniated disk in his back as well.

He’s off to a rough start in his new surroundings, having surrendered 19 runs (18 earned) on 23 hits and eight walks with 11 strikeouts in 23 2/3 frames. The long ball has plagued Estrada in the past, but his troubles with that issue are more pronounced than ever so far in 2019; in those 23 2/3 innings, he’s already given up seven home runs. His velocity, while never a strong point, is nevertheless down as well, as his fastball is averaging a career-low 87.4 mph that lags well behind last year’s average of 88.6 mph.

Estrada told reporters this afternoon that he’s been trying to pitch through discomfort but reached a point where he felt unable to do so (Twitter link via the San Francisco Chronicle’s John Shea). “I don’t hit guys. I don’t walk guys,” said Estrada, who walked three batters and hit another in 3 1/3 innings yesterday. “I couldn’t pitch yesterday.”

Oakland signed Estrada to a one-year, $4MM contract this offseason in hopes that he could bounce back from a down year in Toronto and serve as an affordable rotation stabilizer. The A’s have a number of arms on the mend from 2018 surgery — Sean Manaea, Jharel Cotton, A.J. Puk and Daniel Gossett among them — and are leaning on a somewhat patchwork group to hold things together at the moment.

Mike Fiers, Brett Anderson, Frankie Montas and Aaron Brooks are all in the rotation at the moment, while Daniel Mengden, Paul Blackburn and Tanner Anderson are all in Triple-A. The A’s also signed righty Edwin Jackson to a minor league contract last week, and he’ll provide further depth once he’s up to speed.