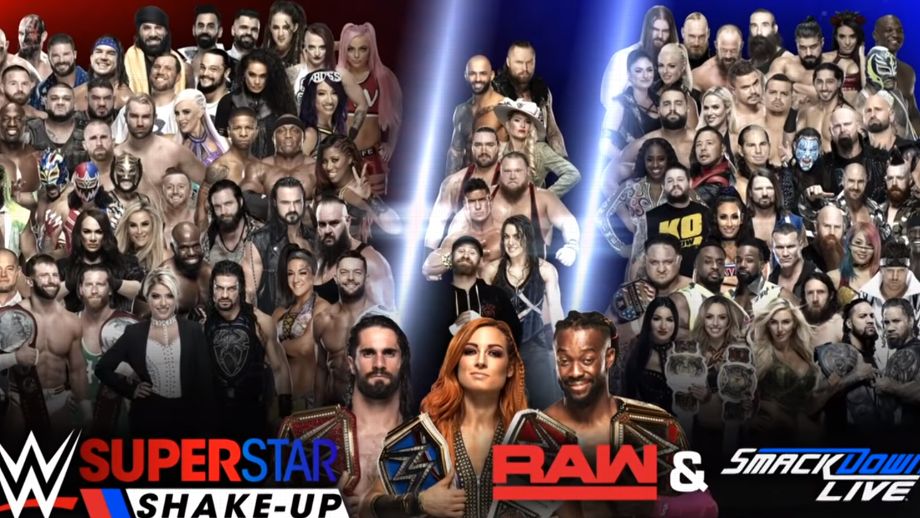 Now that WrestleMania in the rearview mirror, the WWE has begun its new year. That also means it’s time for the annual Superstar Shakeup, which shuffles the rosters for “Raw” and “SmackDown” and provides new storylines and matchups.

The two-night affair began Monday with a dozen stars making “Raw” their new home. The shakeup will conclude Tuesday on “SmackDown.”

WWE didn’t waste any time making moves during “Raw.” The Miz switched to the red brand during the show’s opening segment, attacking Shane McMahon, who was mocking his father. This seemed to mark the end of their monthslong feud, with McMahon still part of “SmackDown.”

The most talked-about move of the night — for the wrong reasons — was the “Raw” debut of the NXT tag team champions, War Raiders, who have been renamed The Viking Experience. The absurd name changes extended to the wrestlers, too: Hanson is now going by Ivar and Rowe is going by Erik.

The heavyweights teamed with Ricochet and Aleister Black — who are officially “Raw” members now after floating between the two main roster brands for months — to score a win over the team of The Revival and Curt Hawkins and Zack Ryder in an eight-man tag match.

Andrade and his valet, Zelina Vega, switched to “Raw:” after spending the past year on “SmackDown” and made an immediate impact, beating intercontinental champion Finn Balor in a non-title match.

Vega’s fellow Lucha Libre star Rey Mysterio came over from the blue brand and interrupted Elias before getting beaten up by Lars Sullivan, who made his “Raw” debut the previous week.

The Usos will give a big boost to the brand’s tag team division, which had already become much deeper with The Viking Experience, Black and Ricochet, The Revival, Bobby Roode and Chad Gable, and reigning “Raw” champions Hawkins and Ryder. Of course, all that could change Tuesday on “SmackDown.”

The wresters who moved to “Raw” on Monday during the first night of the Superstar Shakeup: