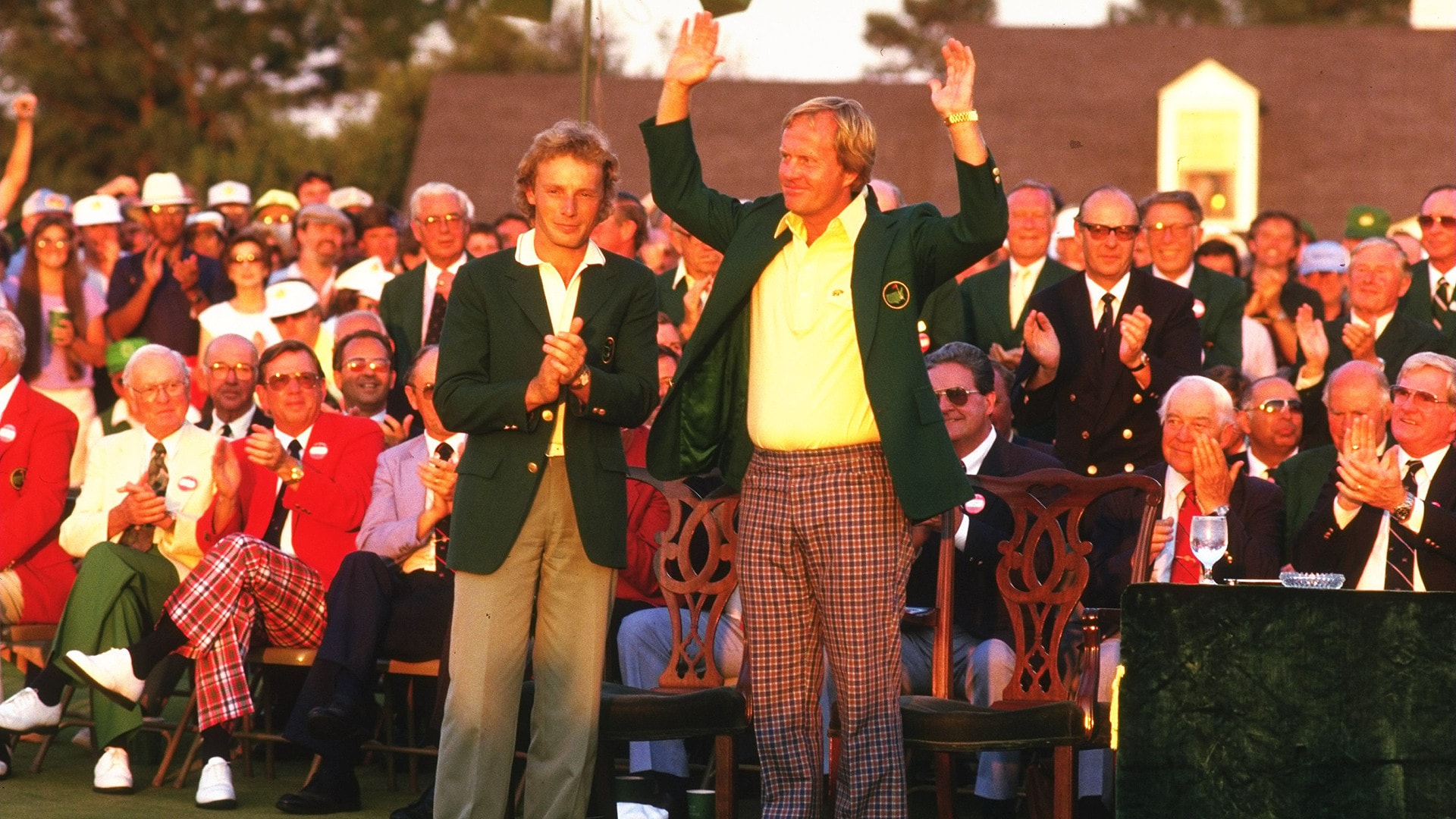 Each week on GolfChannel.com, we’ll examine which players’ stocks and trends are rising and falling in the world of golf.

Tiger (+10%): Debates will rage about whether his Masters victory was better than Jack’s in ’86, or if it’s a greater comeback than Hogan’s. Who cares? After 11 years, after the scandal and the embarrassment and the injuries, Woods is a major champ again. Amazing.

Brooks (+5%): Like Woods, Koepka’s game is built solely for the big events – he nearly won the Masters without playing anywhere near his best. There’s a good chance he picks off another one this year.

Xander (+4%): Schauffele has made only eight career major starts, and he’s been a serious contender in three of them. Still just 25, he’s a more consistent factor than most of his more-heralded 20-something peers.

Viktor Hovland (+3%): His days as an amateur are numbered, but the reigning U.S. Amateur champion basically locked up the Hogan Award as the top dog over the past 12 months. What a special memory, claiming low-amateur honors at one of the most unforgettable sporting events ever.

Masters Tournament Committee (+2%): Resistant to change (of any kind), ANGC deserves credit for taking the unprecedented step of moving up tee times and using split tees for the final round. They even got to squeeze in the photo-op with Tiger slipping into the green jacket outside. Perfect.

Rory (-1%): The T-21 looks fine on the stat line, but McIlroy never factored despite coming into the Masters in the best form of his life. He’s now 0-for-5 in trying to complete the career Grand Slam; none of the previous five members of golf’s most exclusive club needed more than three attempts for the final leg …

Sergio (-2%): Garcia has seriously contended at Augusta only once over the past 15 years. Any guesses when that was? Indeed, in 2017, when he won. Another MC this year.

J-Rose (-3%): It’s hard to miss the cut at the Masters, with all of the old-timers and amateurs and newcomers and out-of-form qualifiers, but the (former) world No. 1 still managed to find a way. A shocker, to say the least.

Frankie Molinari (-4%): No one in the top 25 played worse on Sunday than Molinari (74), whose stone-cold reputation took a major hit with some befuddling decisions and mis-hits over the second nine. Guess he doesn’t have Tiger’s number, after all.

Jack’s record (-5%): Tiger’s major drought is over, and even if he’s playing on borrowed time because of his reconfigured body, he still appears to have one last run in him. Nicklaus said he’s “shaking in his boots” … and he should be. This thing ain’t over yet.