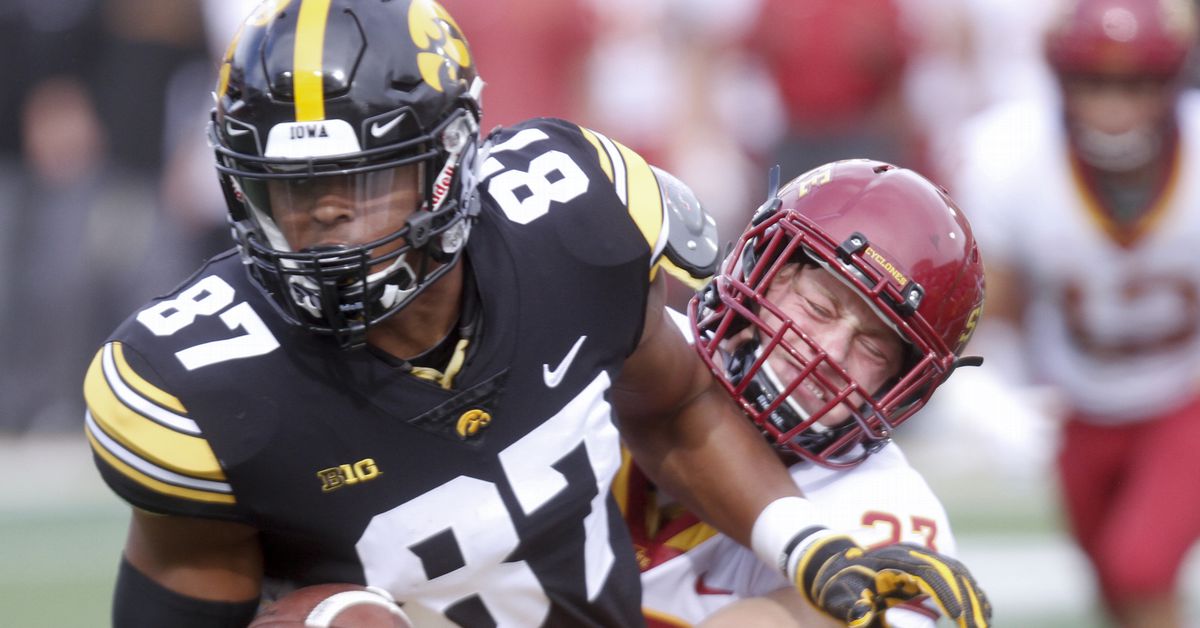 What does a team do with three first-round picks in the 2019 NFL Draft? It patches holes on the roster with, theoretically, three new starters.

That should be the mentality the Oakland Raiders have with their three first-rounders this year.

In the SB Nation NFL writers’ mock draft, Levi Damien of Silver and Black Pride already got one starter by taking defensive tackle Quinnen Williams with the fourth pick. He gets another at No. 24.

Damien: The biggest loss the Raiders had this offseason was tight end Jared Cook, who signed with the New Orleans Saints. He was their No. 1 receiver and his departure opens a huge hole at the tight end position. Lucky for them, this is a pretty good draft for tight ends, especially at the top. Also lucky for them — at least in this mock draft — the perfect guy to replace Cook is on the board when they pick.

Fant and T.J. Hockenson played on the same Iowa team. Hockenson seems to be getting a lot more respect in this draft than Fant, but that hasn’t always been the case. At points since the college football season ended, it was Fant who received the bulk of the praise. Fant is the more athletic of the two. He also caught twice as many touchdowns the past two seasons (18) than Hockenson (nine). Hardly a consolation prize and the tight-end-happy Jon Gruden is ecstatic to get Fant here.

Analysis: If Fant is available at No. 24, it’s going to be hard for the Raiders to pass him up. Imagine a passing attack with Fant, Antonio Brown, and Tyrell Williams. That’s an impressive offseason for the Raiders. While Fant can get deep, he won’t need to on a team with Brown and Williams. He can work the underneath game and take advantage of smaller safeties or less athletic linebackers. While he may not see the 101 targets Cook did for the Raiders last season, he should get more than enough to justify this selection.

That finishes our picks for the day in the SB Nation NFL writers’ mock draft. We’ll have three more tomorrow starting at 11 a.m. ET with Bleeding Green Nation getting one of the big steals of the mock for the Philadelphia Eagles.

What grade do you give the pick of Noah Fant by the Oakland Raiders?