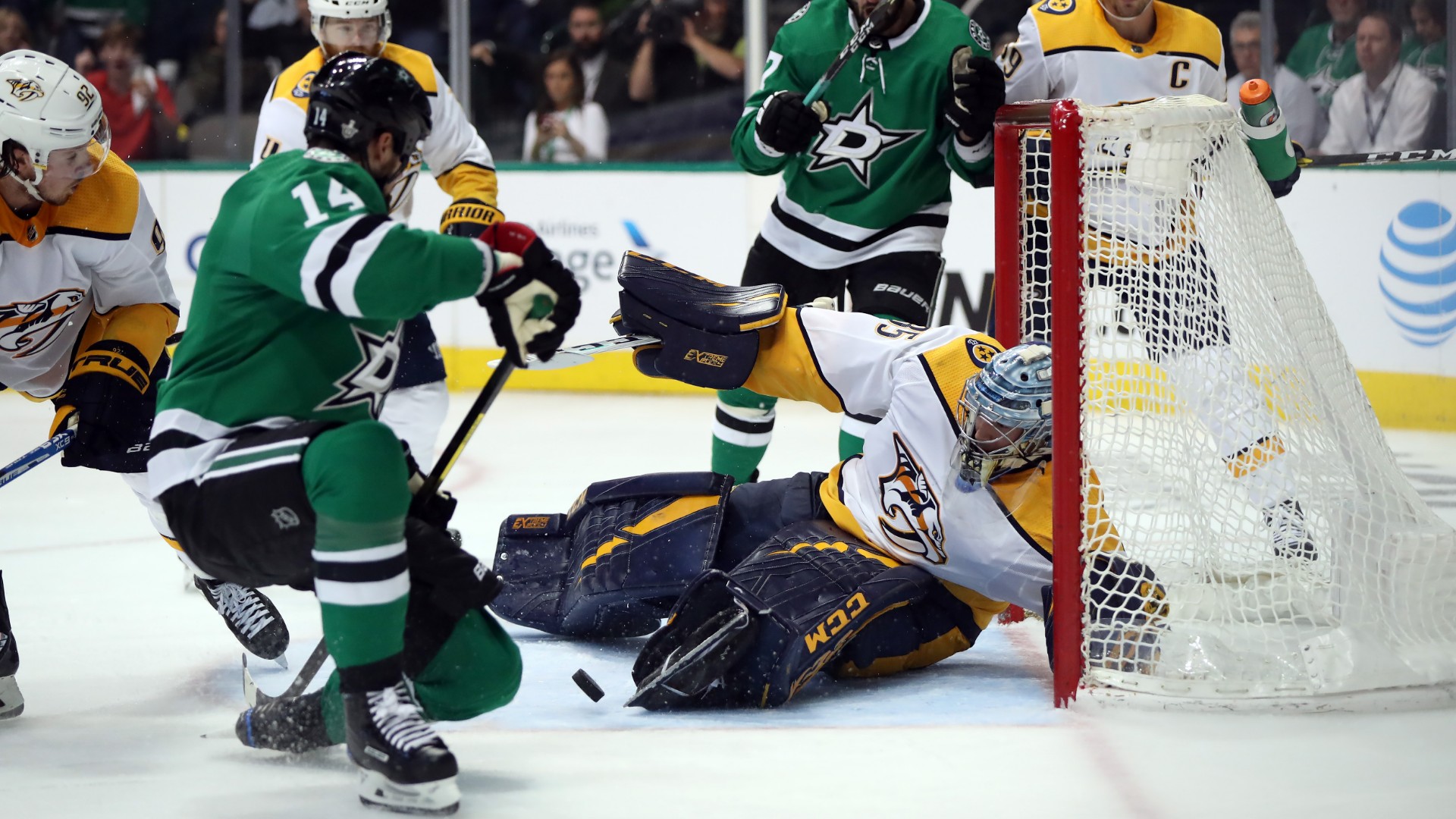 Pekka Rinne is a momentum murderer.

After allowing a goal to Tyler Seguin that tied the game at 2-2, Nashville’s 13th-year goaltender made a series of saves on shots taken directly in front him from both sides of the net just 20 seconds later to keep the game at a stalemate. The Predators would go on to beat the Stars 3-2.

Rinne’s effort then, along with his entire 40-save performance, allowed the Nashville to take the lead a few minutes later off the stick of Mikael Granlund, who netted his first goal of the postseason to give the Predators a 2-1 series lead.

Rinne posted a .952 save percentage for the game to continue a stretch of stellar outings against Dallas. He is 6-3-0 and averages 2.02 goals against in his last nine matchups with the Stars.

The teams will return to the ice for game four April 17 at 8 p.m.