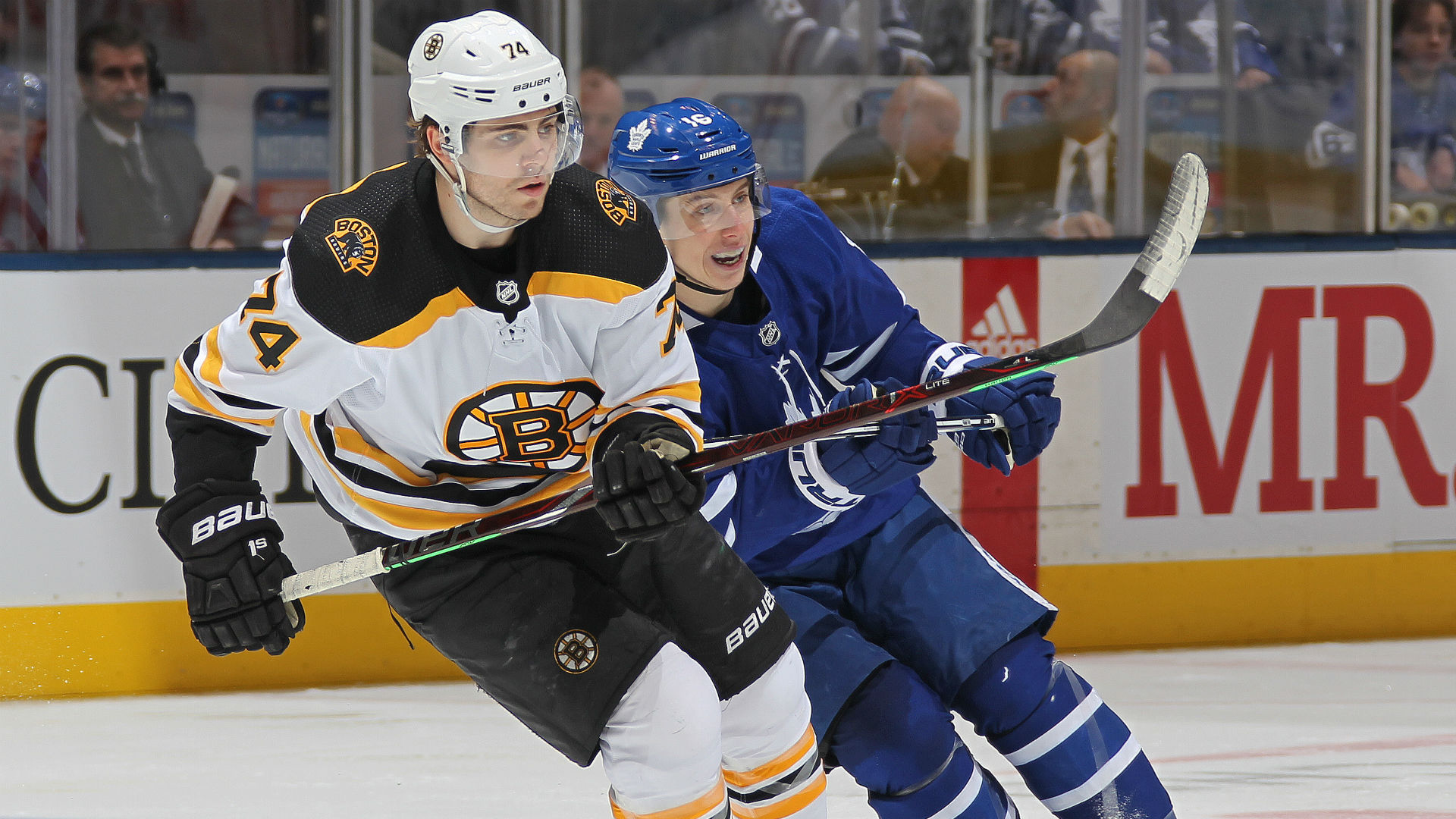 Mitch Marner gave every inch of his body to ensure the Maple Leafs left Air Canada Centre Monday with a 2-1 series lead.

As the Bruins tried to tie Monday’s game in the final seconds, Marner stopped two David Pastrnak goal attempts to preserve a 3-2 win. Pastrnak’s first attempt hit the Maple Leafs winger in the back of the leg, knocking him to the ice; Marner then used his chest to block a second attempt as time expired.

Laying everything on the line!

Entering Monday’s tilt on their home ice, the Maple Leafs needed a top-shelf effort from everyone on the roster. Not only is Toronto without Nazem Kadri, who was suspended for the remainder of the series after he cross-checked Jake DeBrusk, but the organization wants to avoid back-to-back first-round exits at the hands of the Bruins.

The game started well as rookie Trevor Moore opened the scoring in the second period. Later in the frame, Auston Matthews scored his first goal of the postseason, giving Toronto a 2-1 lead. Exactly two minutes later, Andreas Johnsson scored Toronto’s third goal of the period, which turned out to be the difference.

Yet, all of those guys could not help but praise Marner’s two crucial blocks, part of a career-high five-block night.

“I got fired up, I think I jumped six feet in the air,” Moore said postgame of Marner’s heroics. “I didn’t know it was possible to block two shots like that and be okay. I was happy he’s alright, that was awesome.”

Matthews, who netted his sixth career postseason goal, felt Marner inspired the rest of the team.

“Those last two blocks were huge for us,” Matthews said. “It doesn’t matter who you are, when you see a guy like him sacrifice their body, it just motivates everybody on the bench and with the time winding down, that was huge.”

Marner has been a major part of the Maple Leafs’ 2-1 series lead; he scored two goals in the team’s 4-1 win over the Bruins in Game 1. When the series resumes on Thursday evening, head coach Mike Babcock noted that the extra effort that Marner showed will be a necessity as his team aims for a 3-1 series lead.

“That’s what you’ve got to do to win,” Babcock said. “Ideally, all those things are contagious. When you see your teammate do something like that, you’re more likely to do it yourself. I think everyone, team-building, they talk about team-building. To me, that’s team-building. That’s just laying it on the line when you need to and it makes everyone else around you better. Good for him and good for us.”