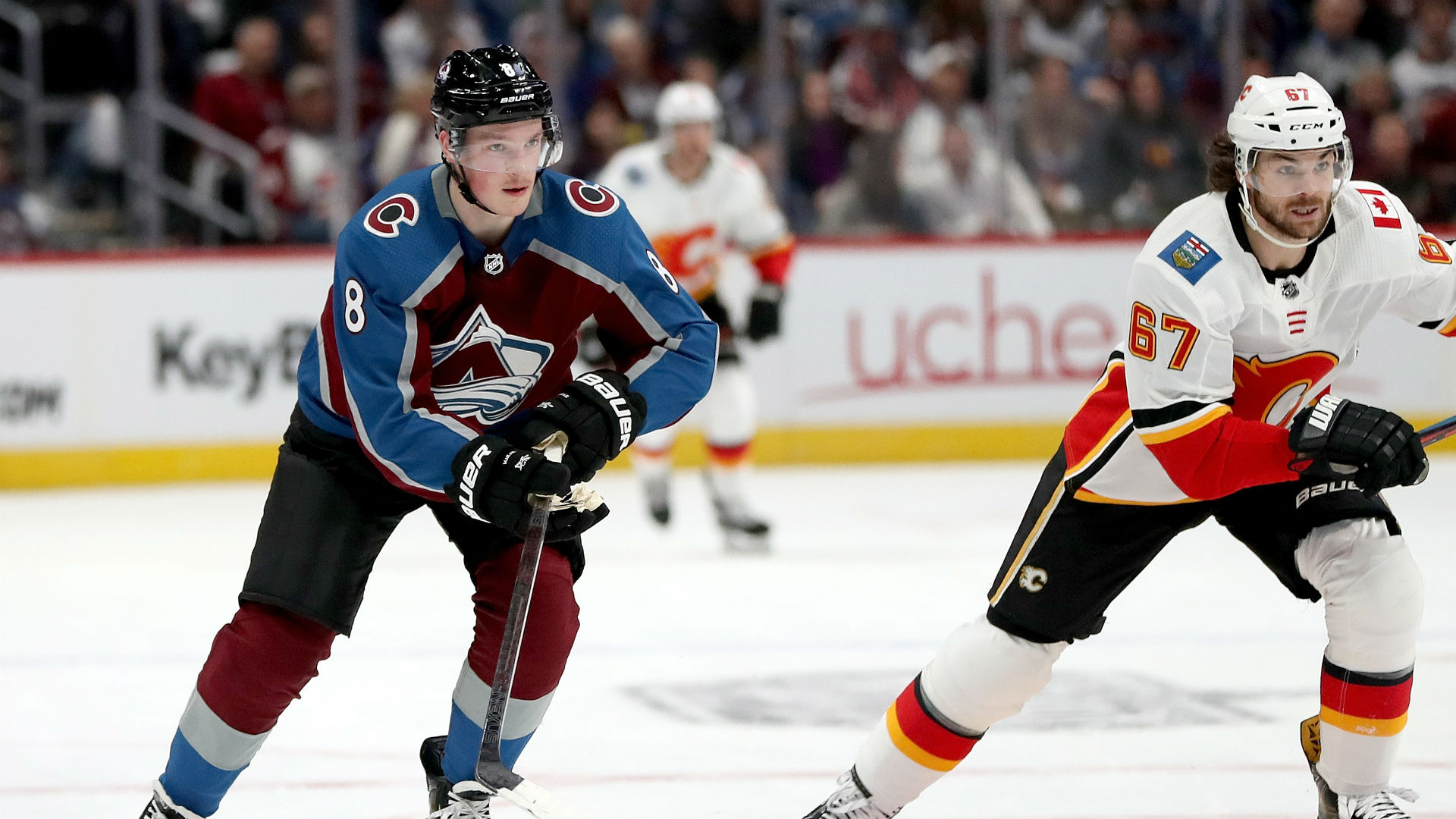 Nathan MacKinnon tallied two goals and an assist in the first period Monday, matching a Colorado Avalanche franchise record for points in a postseason frame, but he was only the second-biggest story of the first 20 minutes.

Makar, 20, has lived through probably the most hectic four-day stretch of his career. On Friday, he was named the winner of the Hobey Baker Award, which is given annually to the top NCAA men’s ice hockey player. On Saturday, he ended his collegiate career with the University of Massachusetts as the Minutemen lost in the Frozen Four final to Minnesota Duluth. On Sunday, the 2017 first-round pick (fourth overall) signed a three-year, entry-level contract and joined the Avalanche in Denver for Game 3 of their Stanley Cup playoffs first-round series.

Now, Makar is the first defenseman in NHL history to debut in the playoffs and score a goal in his first game.

Cale Makar of the @Avalanche is the seventh player in NHL history and first defenseman to make his League debut in the #StanleyCup Playoffs and score a goal. #NHLStats pic.twitter.com/c9IOTiOhbz

The Calgary native met his new Colorado teammates during Monday morning’s team skate. Not only was the transition from college star to professional player odd, but so was playing against his favorite childhood team.

A look back at the last 72 hours for @Cmakar16. #NHLStats #StanleyCup pic.twitter.com/mz9QP6gw6s

“It’s a weird feeling going up against the team you grew up loving, but my allegiance lies with the Colorado Avalanche now,” Makar said, per The Associated Press. “It’s going to be an interesting feeling.”

Makar was among several Avs who torched Smith in the team’s 6-2 victory. Erik Johnson, Matt Nieto and Mikko Rantanen also scored for Colorado.

With Colorado now wielding a 2-1 series lead, Makar may ultimately be a reason the Western Conference’s best team during the regular season suffers an early postseason exit.