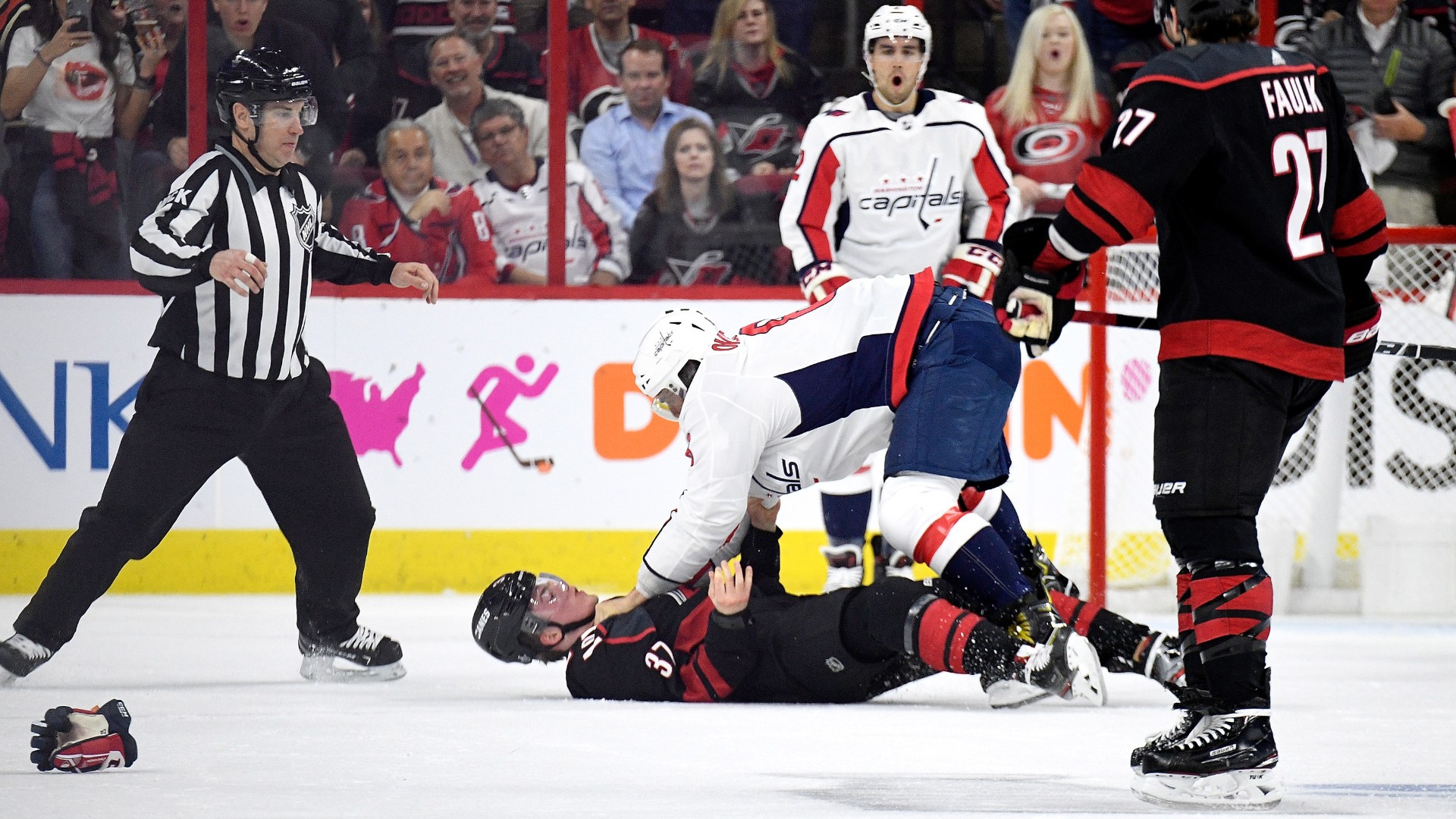 Alex Ovechkin knocking out Carolina Hurricanes rookie Andrei Svetchnikov was the most fight the Capitals showed in Monday’s 5-0 loss. Their first-period fight sent Svetchnikov to the locker room with the assistance of Carolina medical staff and he would not return.

Despite fighting for the first time since Dec. 12, 2010, Ovechkin’s 40 pound and 14-year advantage on the 19-year-old Svetchnikov made the fight seem somewhat unfair and the Hurricanes made that clear postgame.

“I don’t really know what to say,” Carolina defenseman Dougie Hamilton said postgame. “I kept thinking about him the whole game. I hated seeing that. I just feel so bad for him. The game doesn’t really matter when something like that happens, you just can’t get it out of your head. I just hope he’s okay.”

Hurricanes head coach Rod Brind’Amour expressed his disappointment with Ovechkin for engaging in such a lopsided bout.

“I don’t know if there’s words exchanged, but one guy’s gloves come off way first, and that’s Ovi, not our guy,” Brind’Amour said. “So it’s a little bit frustrating because he got hurt. It’s his first fight. He’s played 90 games. He’s never fought in his life, and I’m pretty sure Ovi knew that. So that stuff bothers me.”

Here are Rod Brind’Amour’s thoughts on the Andrei Svechnikov/Alex Ovechkin fight. Does not have an update on Svechnikov, said he left the building before the game was over. pic.twitter.com/bi95lwEdDY

Ovechkin expressed remorse, but not regret, in his postgame interview.

The most emotional response of all came from Svetchnikov’s brother, Evgeny, who posted the incredibly ominous message “One, two, Freddy’s coming for YOU” on his Instagram story and tagged Ovechkin.

While Svechnikov’s status for Game 4 is still unknown, Ovechkin may want to watch his back for the remainder of the series.