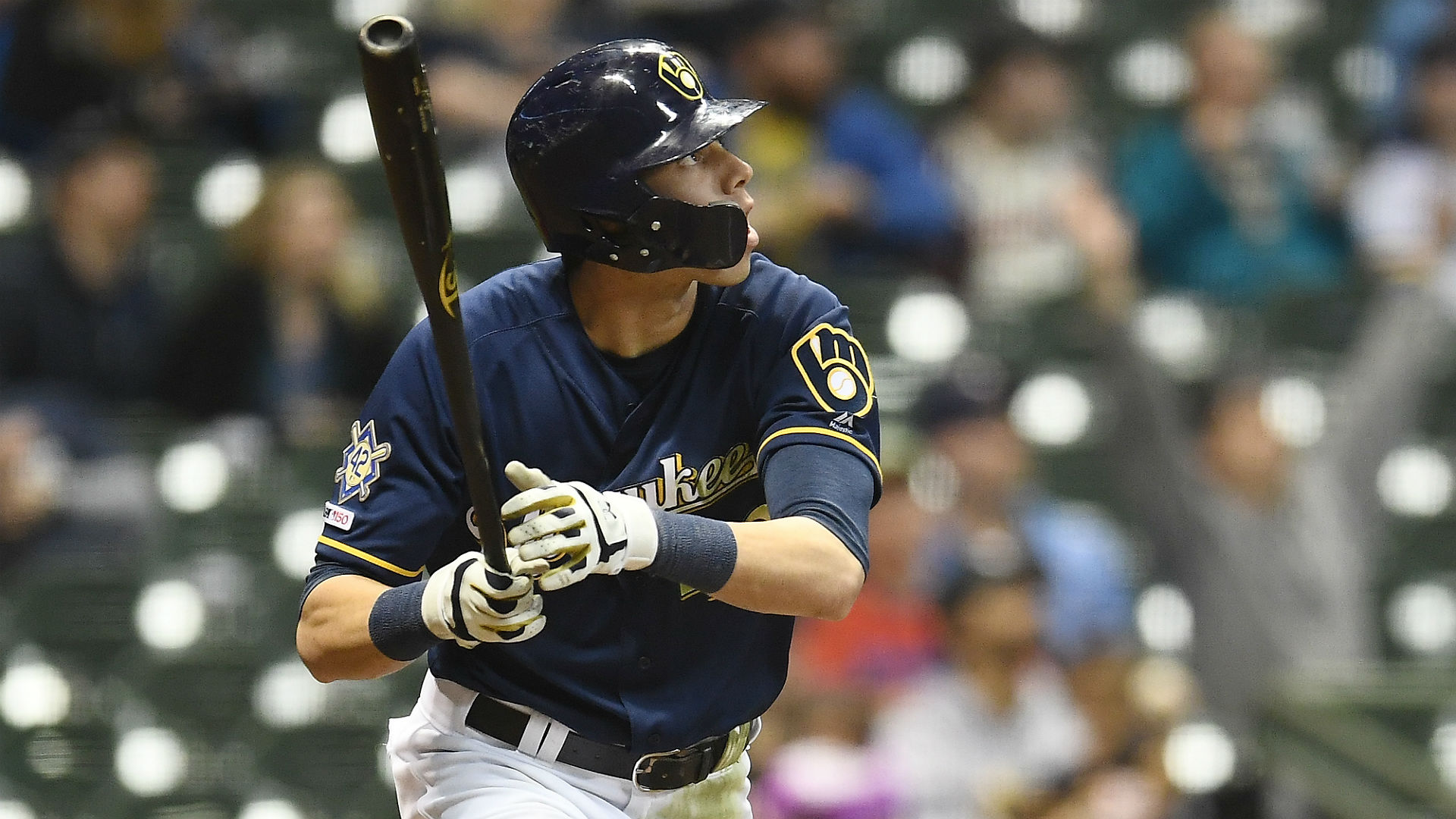 The 27-year-old star belted three homers and drove in seven runs in the Brewers’ 10-7 win over the Cardinals at Miller Park. The seven RBIs tied the franchise record for the most in a single game.

With his 3rd HR tonight, @ChristianYelich ties a @Brewers franchise record with SEVEN RBI in a game. pic.twitter.com/AqBU7EKGg9

Yelich started his big game with a three-run shot in the second inning to help Milwaukee grab an early lead. He then followed with another three-run homer four innings later to put the Brewers in front again.

He capped off his team’s scoring with a deep blast to left centerfield in the bottom of the eighth.

That’s 3 for the MVP! pic.twitter.com/ZJpKTbu2Tb

Paul Goldschmidt went 2 for 3 with two RBIs, two walks and two runs scored for the Cardinals in the losing effort.

Starters Dakota Hudson and Freddy Peralta both struggled in the game and neither made it out of the fourth inning.

Cubs catcher Willson Contreras drove in three runs and scored another in his team’s 7-2 win over the Marlins.

Edwin Diaz picked up the save after he struck out all three batters he faced in the Mets’ 7-6 extra inning victory over the Phillies.

The heart of the Philly order was no problem for @SugarDiaz39. ??? #GotYourBack pic.twitter.com/Pe7FM6W8DM

Brad Boxberger was charged with the loss for the Royals after he surrendered two hits, a walk and two earned runs in one inning on the mound against the White Sox.

Reds outfielder Yasiel Puig blasted a two-run homer in his first at-bat back at Dodger Stadium.

Puig no longer your friend. pic.twitter.com/GjbM7gAYaW

It was only ball three.

You guys know that saying “you see something new at the ballpark everyday”?

This is that something new… pic.twitter.com/mLdhQQdQrn

Red Sox (6-11) at Yankees (6-9) — The best rivalry in baseball will be renewed Tuesday but both teams enter the matchup struggling. New York has dealt with injuries to multiple key players to start the season and has dropped five of their last six. Meanwhile, Boston has bounced back a bit after opening 2019 with a 2-8 record.