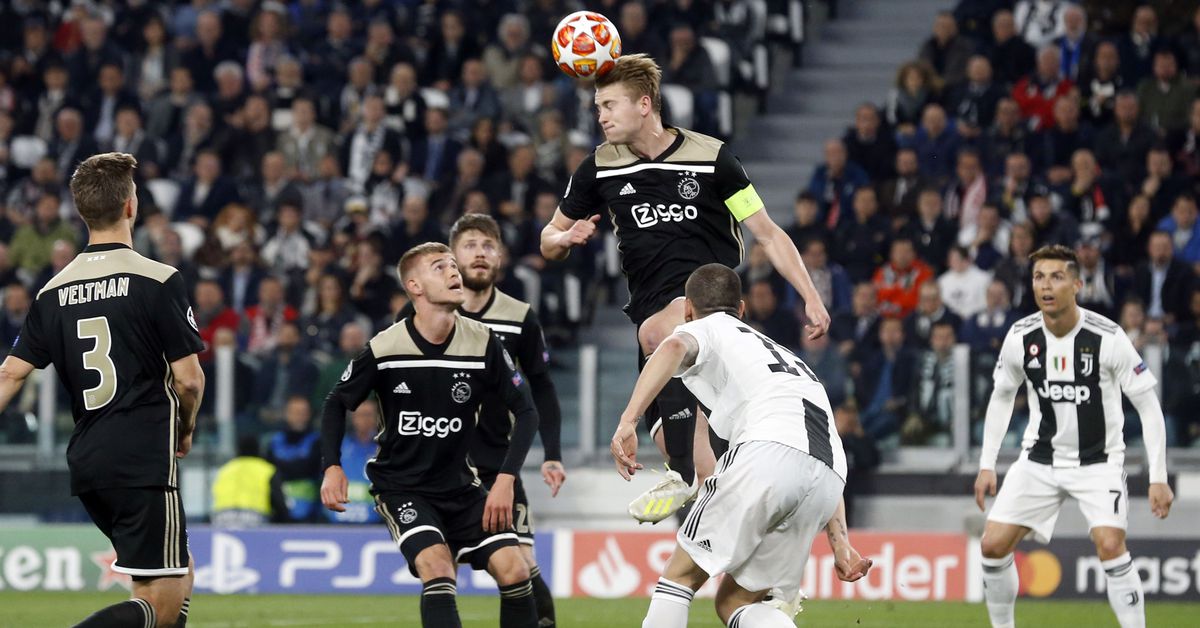 Ajax have sealed a place in the UEFA Champions League semifinals with a 3-2 aggregate victory over Italian champions Juventus, knocking Cristiano Ronaldo and company out of the competition.

Tuesday night’s second leg — a 2-1 away win for Ajax in Turin — was one of the best matches of the season anywhere in Europe. Here are the best moments.

First, a round of applause for Wojciech Szczesny

Much like the Round of 16 tie against Real Madrid, no one can call this an upset for Ajax. They were the better side, start to finish. The only reason Juventus looked capable of winning for most of the quarterfinal was the performance of their goalkeeper, Wojciech Szczesny.

Even though he let in three goals across the 180 minutes, he deserves to be celebrated. Three of his saves from this tie, in particular, were outstanding. First, this one on David Neres from the first leg.

He denied Hakim Ziyech early in the second half on Tuesday, which at the time, kept his team level.

And van de Beek could hardly believe that Szczesny denied him on this effort.

Many Juve fans questioned whether Szczesny was good enough to replace the legendary Gianluigi Buffon. He rose to the occasion against Ajax, but his teammates let him down.

Are you really going to try to say that this team was lucky? That their goals against Juventus were a fluke?

They did stuff like this to Juventus (and Real Madrid!) over and over again. Ajax really just is this good.

You’ve probably heard quite a bit about Matthijs de Ligt and Frenkie de Jong, who are on their way to megaclubs for obscene sums of money this summer. But you’re probably going to start hearing a lot more about Donny van de Beek, who should attract massive offers from Europe’s top clubs as well. His work rate has been essential to Ajax’s progression in Champions League.

Van de Beek’s constant running — both in defensive pressure and in behind defense when Ajax has the ball — has not always been rewarded with opportunities to provide goals or assists. But van de Beek’s effort paid off big with the opening goal on Tuesday.

Perhaps the most impressive part of van de Beek’s progression this year is that he hasn’t always been an all-action attacking midfielder. He came up through the Ajax academy as a deeper-lying player, and a considerably less mobile one at that. He’s had to do a lot of work to transform into an energetic pressing No. 10.

How’s this for a game-winning goal? De Ligt rises up above two Juventus defenders and powers a perfect header into the back of the net.

But it was de Ligt’s contributions at center back that were the most meaningful part of his performance on the night. He recorded an outrageous 10 clearances, double that of his defensive partner Daley Blind, and won five headers. He hasn’t agreed to sign for a new club yet, but you can bet he’ll be subject to the greatest bidding war ever waged for a teenage central defender.