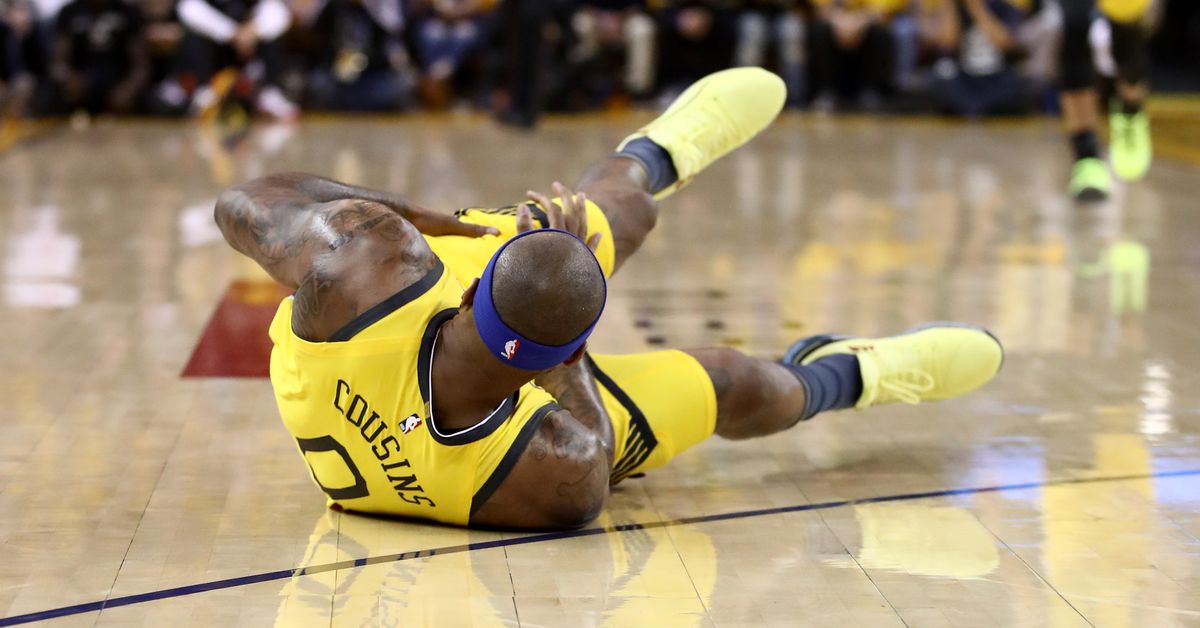 DeMarcus Cousins’ redemption season is almost certainly over after tearing his left quad in Game 2 of the Golden State Warriors’ first-round playoff series against the Los Angeles Clippers. In nine seasons, this was the 28-year-old all-star’s first and only playoff series appearance.

For the Warriors, this is a brutal blow. The team lacks depth and had been working to heal Cousins coming off an Achilles tear. The plan to have five all-stars wreck the field lasted all of 30 games.

But this is bigger than the back-to-back champs. Cousins’ injury will pull the plug on what could have made for a wonderful redemption story. Instead of the storybook ending of coming back healthy, winning a championship, and earning a whole ton of money, Cousins is back in a similar position to where he was a year ago.

Cousins’ injury is a total gut-punch, especially given the context. Two seasons ago, Cousins was blindsided by a trade from the Sacramento Kings to the New Orleans Pelicans during the NBA All-Star Game. The new-look Pels, with Anthony Davis and Cousins together, took some time to build chemistry, failing to make the postseasons after half a season together.

In Year 2, they were a united force. A mad experiment gone right.

A playoff appearance was possible for Cousins … until he suffered one of sports’ worst injuries — a torn Achilles — diving on a hustle play.

After the season, New Orleans decided it couldn’t chance paying Cousins the max contract he sought. Depending on who you believe, the Pelicans may not have even made him an offer at all. Neither did anyone else, which led Cousins to Golden State on a one-year, $5.3 million deal. He took below market value to prove he was still an elite talent and also play in his first playoffs, with a strong likelihood of winning a title.

All was going well. In 30 games, Cousins averaged 16 points and eight rebounds, helping the Warriors earn a top seed in the West. But now, even if Golden State goes on to win without him, the ring won’t fully be his. Worse, he’s in the same financial predicament he was a year ago, with more physical rehab on the horizon.

Maybe things will go easier for him this time around

Cousins’ quad tear, while serious, won’t take the same efforts to recover from as his Achilles. He hasn’t even officially been ruled out for the entire postseason just yet, though it seems improbable he’d be able to return in less than two months should Golden State reach the Finals.

Maybe there will be a team willing to sign him to a big-money, longterm deal this summer on the chance he comes back completely healthy and this is it for his serious injuries. The Lakers come to mind.

There could be worse backup plans than playing another season in Golden State, too. If Kevin Durant leaves, Cousins’ role would expand next season and possibly yield larger financial returns in the long run than if he were to have a deal this summer. But the more likely scenario is Cousins will lose both the opportunity to contribute to a title-winning team and the larger payday he expected to get for his trouble.

For now, this injury is just depressing. The one silver lining for non-Warriors fans should Golden State run through the field yet again was Cousins’ first taste at championship lore. Now, it’d just be the same old story for the rest of us.